Close to 125,000 people in Louisiana are still without power, two weeks after the storm hit. Thousands of people are waiting for help from FEMA. 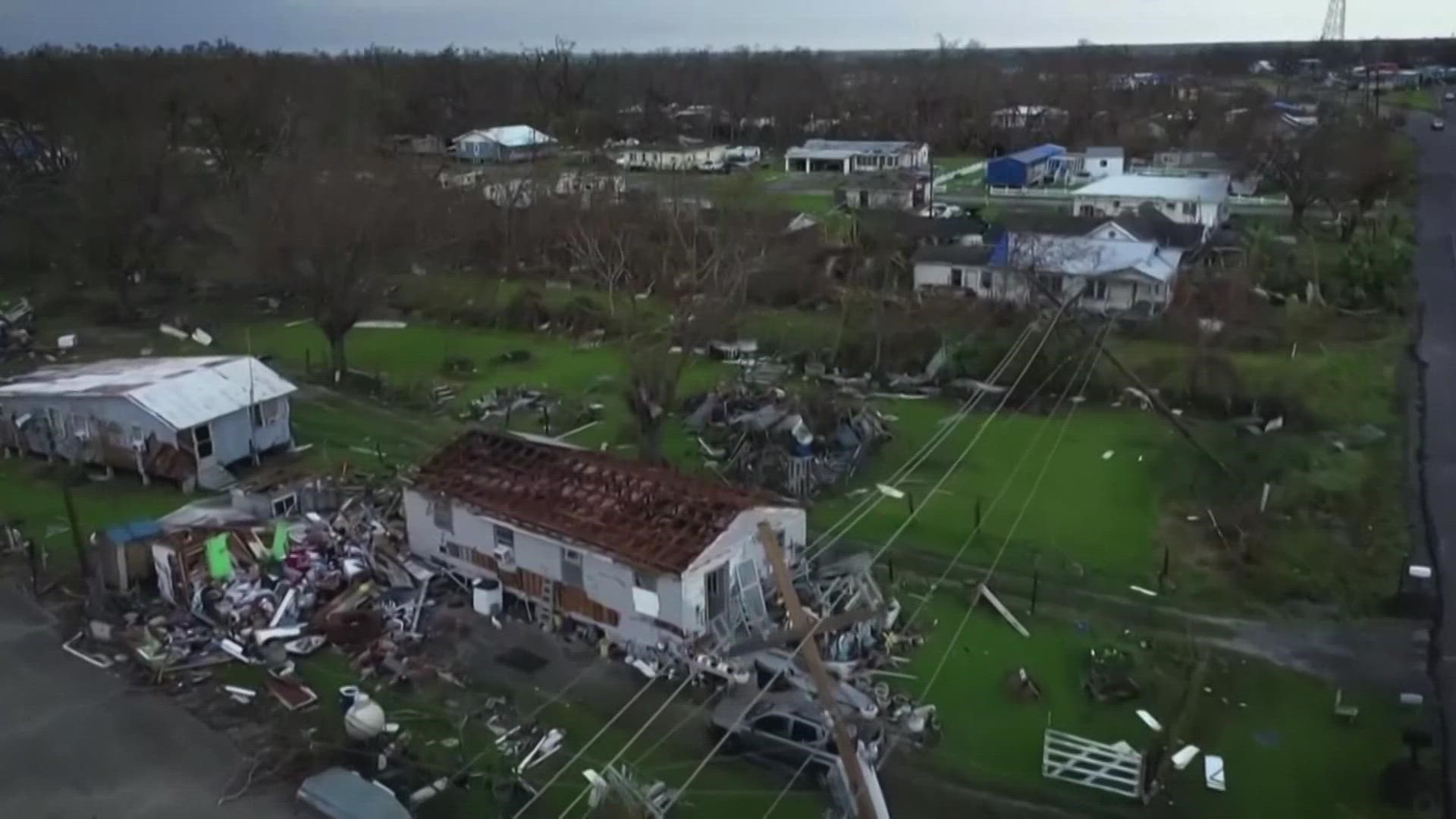 DALLAS — It was just two weeks ago when Hurricane Ida made landfall. Many families were seeking shelter at a local Richardson hotel and went back to Louisiana a few days ago.

Bailey and her mother Lenora Gordon are one of the dozens of families that evacuated New Orleans two weeks ago.

They just returned home, and many other folks couldn’t join in on the Zoom chat because they share the same story:

“Once we got home, I still didn’t have any lights,” Bailey said.

Close to 125,000 people in Louisiana are still without power, two weeks after the storm hit. Thousands of people are waiting for help from FEMA.

“She had to go to dialysis as soon as we got back," Bailey said.

Two other families WFAA spoke to said they went back to trees toppled on their homes and no power.

The food in their fridge went bad, leaving so many people hungry. A tent has been set up under a bridge to help provide food and shelter to people in need.

“A lot of people are still displaced, and a lot of people still don’t have anything. They come under here tod rink and eat,” Bailey said.

While they don’t have much themselves, they’re sharing what they have with others.

It was just last week, we met a dozen families from NOLA that were staying at a local hotel.

Many of them returned home to no power. Food in the fridge went bad, & they can’t get to the store.

1 woman set up a tent under a bridge, so she can feed families in need💜.@wfaa pic.twitter.com/0VJLA00c33

“Everybody is letting somebody stay with somebody else,” Bailey said.

Collective Activism Director Pamela Grayson and local church groups came together throughout the week in Dallas to help those families in need.

“We know what we need to give them: food, clothing, and shelter. They need holistic care,” said Dr. Pamela Grayson, said Director of Collective Activism.

Even though the families went back home, Grayson remains loyal and is working to still help those families.

“They’re concerned because they lost their jobs. They’re not ready to go back to work,” said Grayson.

In the end, they’re all holding onto hope.

“Just keep your head, and know that God is there to do all things fairly,” Bailey said.