'It sounded like elephants were on our roof': North Texans grapple with insurance claims after hail storm

"It would be better for people to turn in their losses immediately and not wait," Roach said. 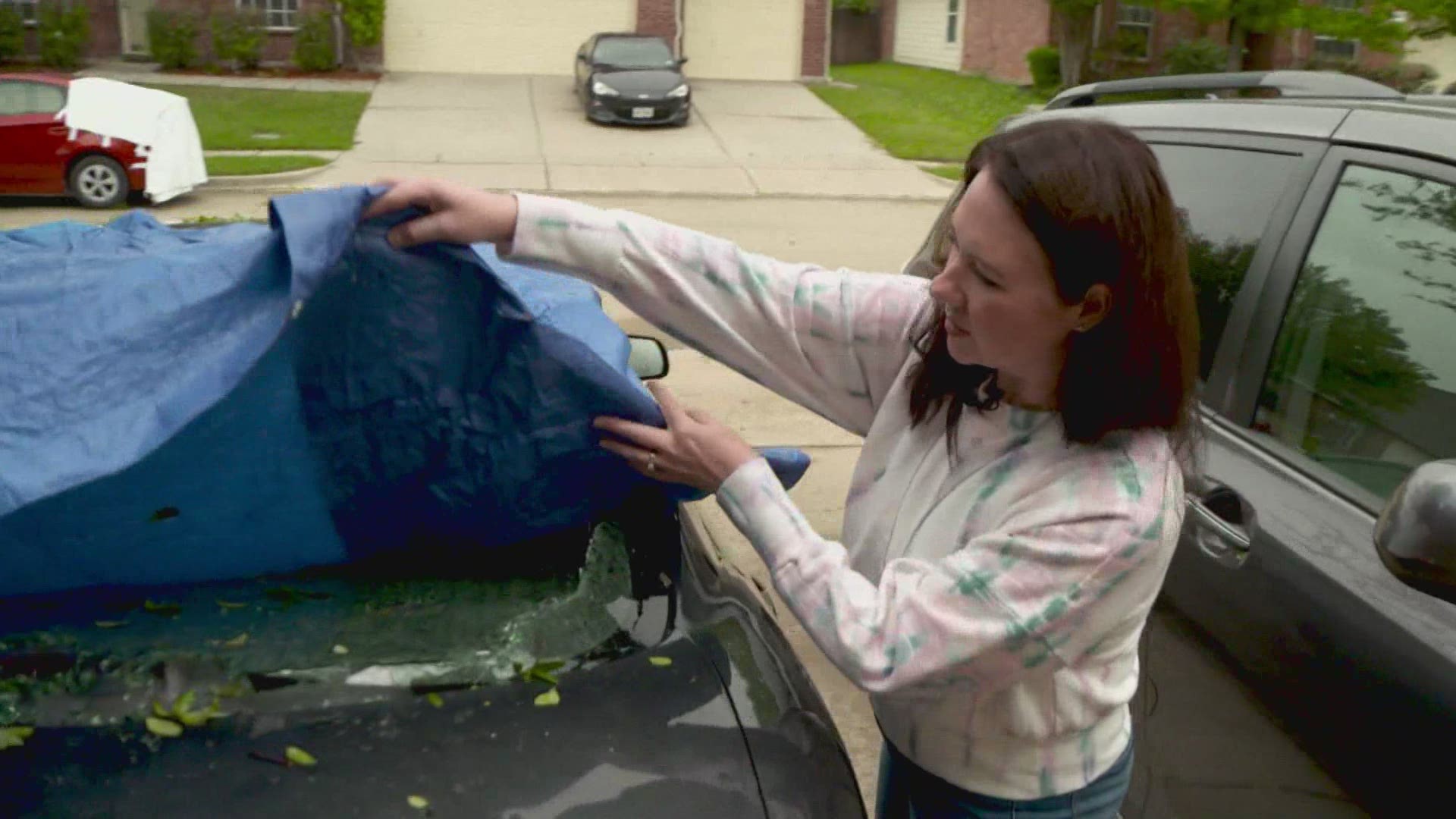 FORT WORTH, Texas — "It sounded like elephants were on our roof," said Becky Neider .

The mother of five said her family huddled into a small room in their North Fort Worth home Wednesday night as severe storms brought rain, strong wind and large hail. She said the hail lasted for about 30 minutes.

"My husband’s car, the whole entire back windshield was broken out," Neider said. "His front’s broken. Our Suburban, there’s a couple of things broken on there.”

Neider's driveway looked looked similar to many others in her neighborhood Thursday evening. Cars with cracked windshields, dented hoods and tarp covering shattered windows and back windows.

Many front lawns were covered with leaves fallen from trees. Trucks and signs for roofing services were scattered throughout the subdivision, offering help.

"It’s been nonstop," Neider said. "You can see people walking around. That’s great, though. I think it’s great that the businesses are helping people.”

Neider and her family moved to North Texas from Arizona last March.

"We're pretty new to the area, so this is all brand new to us," said Neider.

"We’ve turned in hundreds of claims today," Roach said. “Everybody had pretty bad damage. Some just had some small hail, you know like golf ball size, but then some of it was much larger. There was some hail that was grapefruit-sized. Not a lot, but some of it. That caused a lot of damage to the roofs and cars.”

RELATED: State Farm receives thousands of storm damage claims, including many from Keller and northern Fort Worth

Roach said many companies bring in special crews to work on claims after storms with widespread damage like this one. His advice: file your claims now.

"It would be better for people to turn in their losses immediately and not wait," said Roach.

He said his two biggest concerns are wait times for repair shops and the inventory needed to make repairs on cars and roofs.

“I think the windshields and glass, they’re probably going to run out of supply and they’ll have to bring more in to the area," Roach said. "Kind of the same thing with shingles. I think, right now roofers, are all out doing estimates to see damage."

"We have hail a lot of the time, but it’s usually not this large," Roach said. “It was big enough to cause severe damage."