City leaders said pump stations were operational and fully staffed, but no drainage system in the nation could handle this much rain. 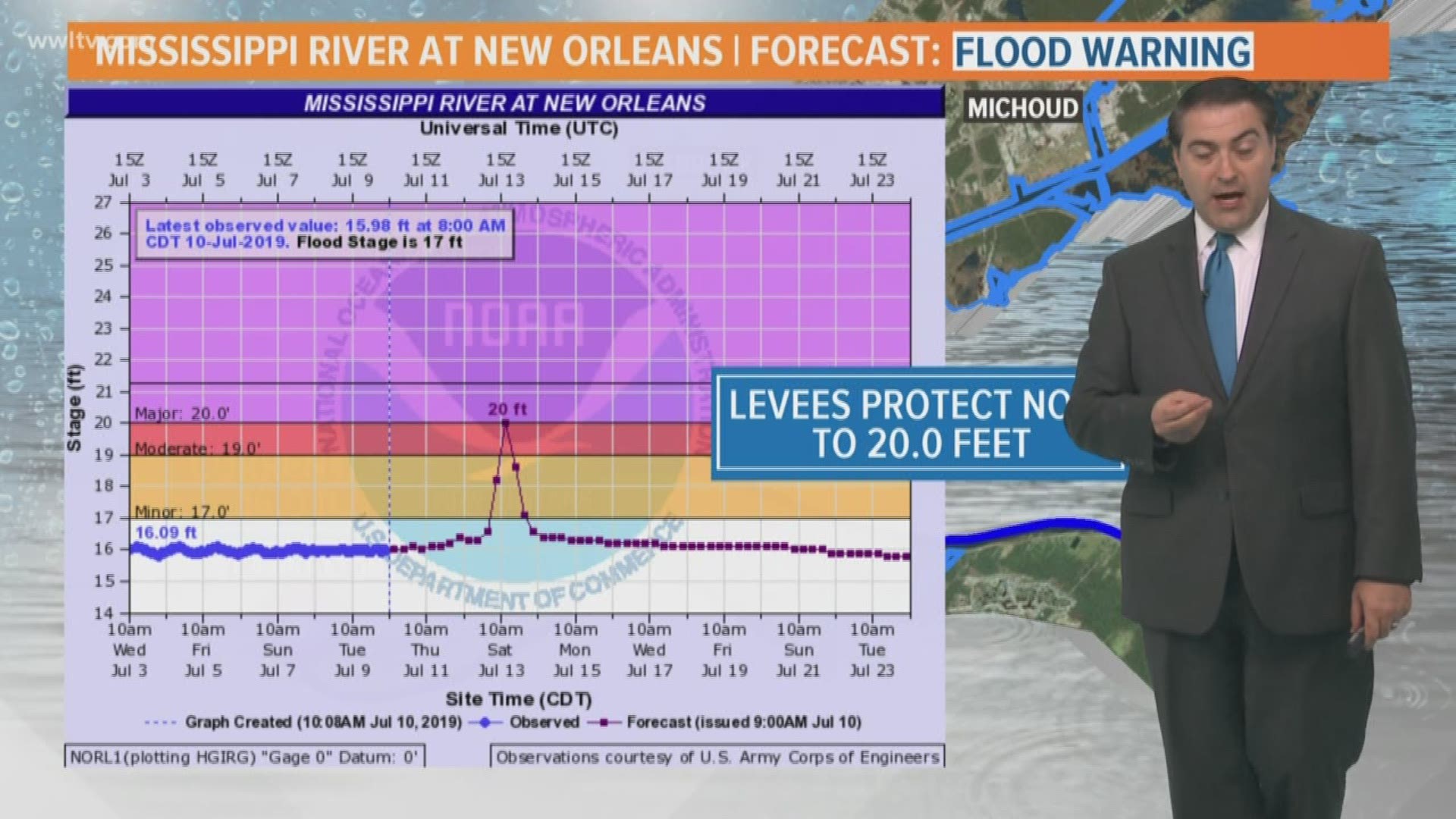 NEW ORLEANS — A line of thunderstorms ahead of a potential tropical storm caused widespread flooding, knocked out power and spawned tornadoes across New Orleans and Southeast Louisiana Wednesday.

The line of storms dropped nearly six inches of rain on New Orleans' Warehouse District, causing drivers to be stranded in flooded streets and city leaders to issue emergency alerts to stay off the roads.

Tornado warnings were issued for Orleans and Jefferson parishes as reports that water spouts were spotted on Lake Pontchartrain. At one point, the University of New Orleans reported a possible tornado on campus but later confirmed that there was no touchdown. 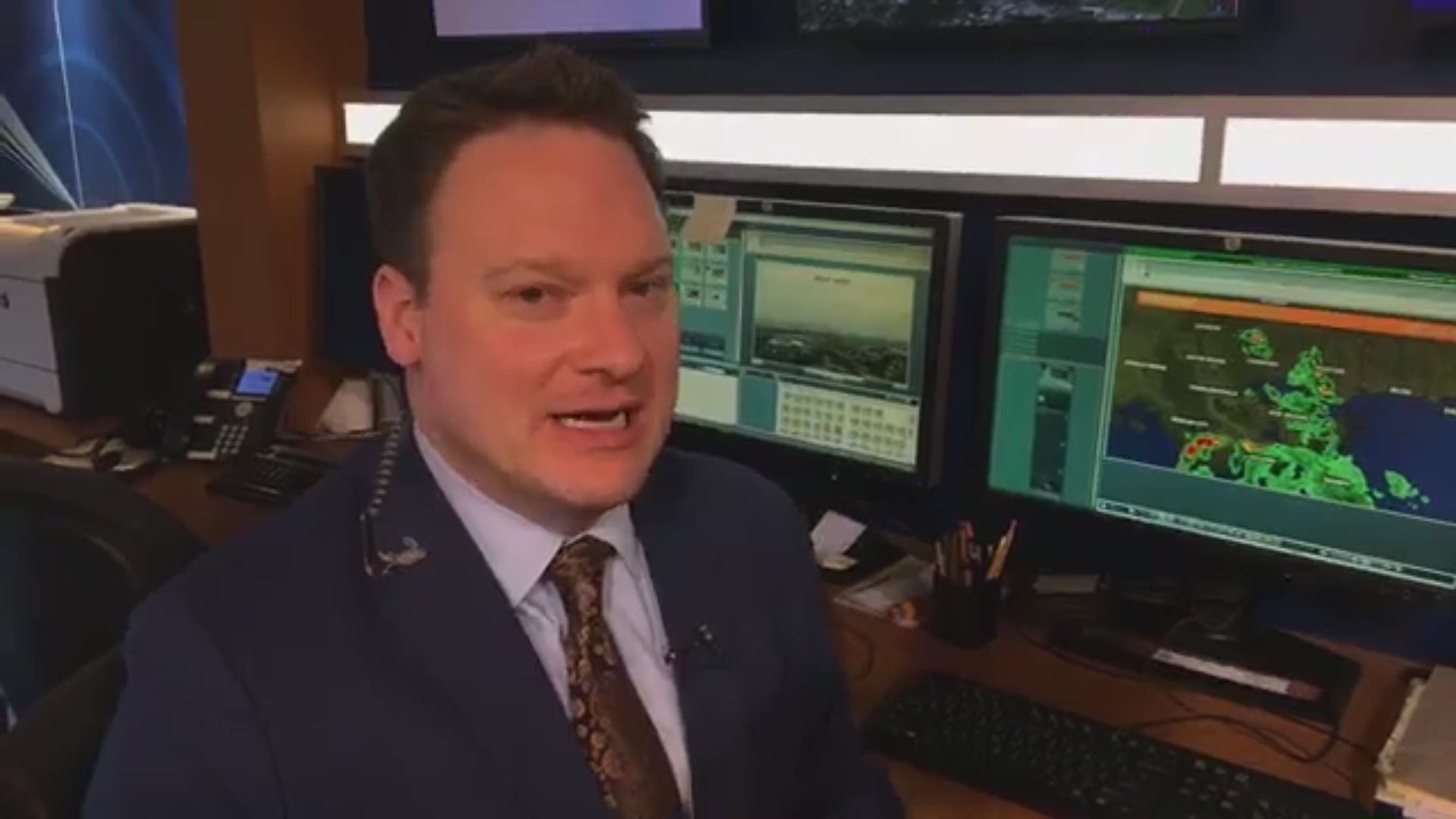 RELATED: House obliterated by possible tornado - the rest on the street were untouched

According to university officials, the water spout did not come onto their campus (it would have become a tornado if it moved over land). Students saw the nearby water spout and reported it, believing it was on campus.

Commuters were forced to grapple with widespread delays through the city because so many surface streets were flooded. Several highway on and off-ramps have been shut down because of flooding on the streets they exit onto.

Cars under New Orleans' overpasses drove into deep water and flooded, scrambling emergency crews to rescue them and block the streets from further traffic.

Ghassan Korban, the Executive Director of the Sewerage & Water Board, told Eyewitness News that the pump stations were operational and fully staffed, but no drainage system in the nation could handle this much rain.

According to Korban, more than 8 inches of rain fell in some parts of the city over the course of a few hours nearing the level of what he called “a 100-year storm.”

“It would outperform any drainage system, anywhere in the nation,” Korban said. “That’s exactly what you’re experiencing this morning.”

As of Wednesday morning, 118 out of 120 pumps were operational. Korban said that the S&WB experienced a “couple minor issues” that they are addressing, but nothing he could accurately report on so soon.

Public transportation throughout the city of New Orleans was shut down as RTA halted the operation of buses, ferries and streetcars.

Students at the Southern University of New Orleans and Tulane University received a reprieve when classes were suspended Wednesday morning.

Video provided by an LSU student appears to show another student rescuing a woman from a flooded car near the campus. 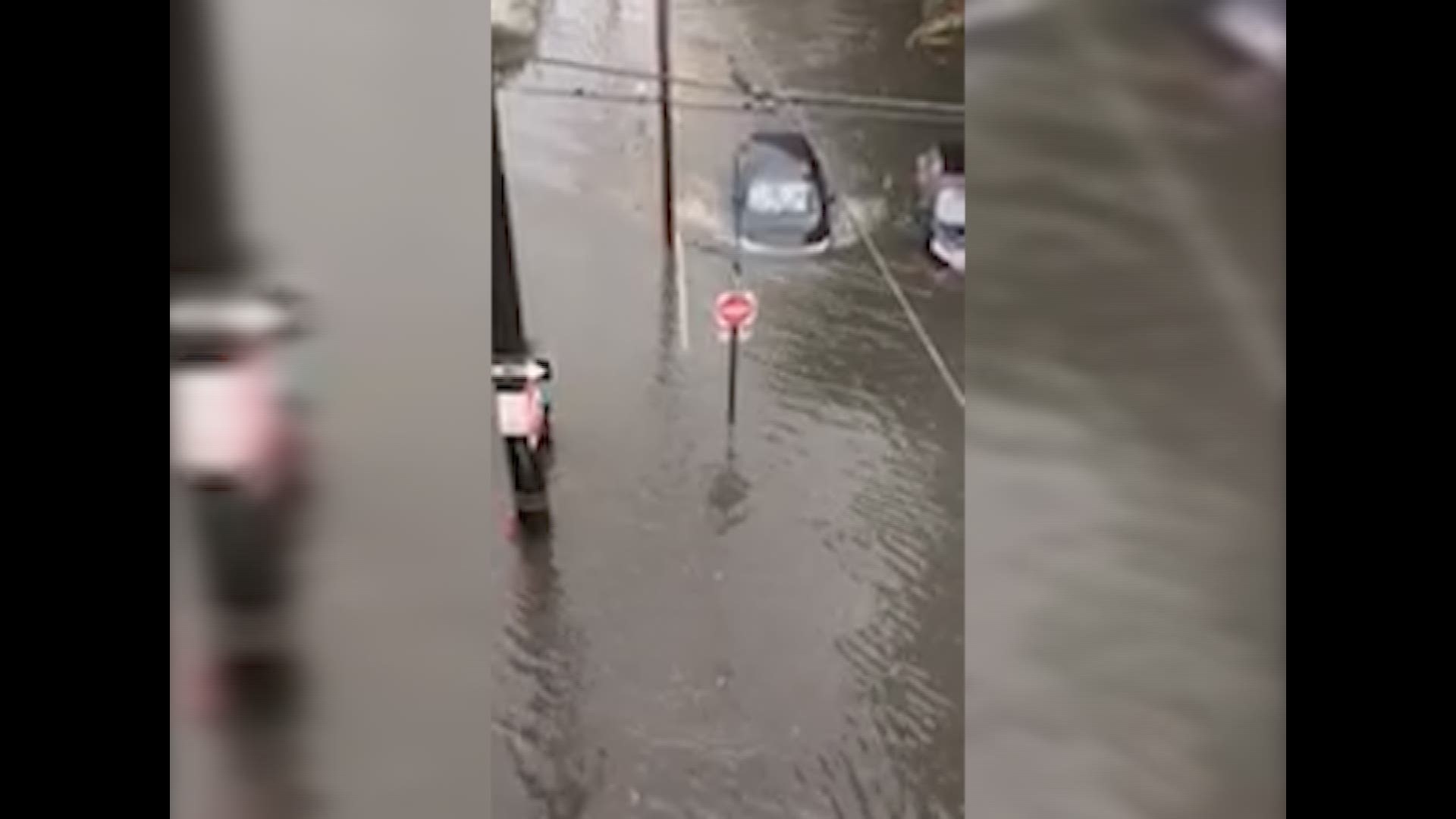 Nearly 200 separate power outages cut power to more than 10,000 homes and businesses Wednesday, with Entergy crews unable to give an estimate of when the majority would have power returned.

The region is already bracing for potential Tropical Storm Barry, which the National Hurricane Center forecasts will make landfall in Southwest Louisiana as a Category 1 hurricane sometime this weekend.

Gov. John Edwards declared a state of emergency Wednesday afternoon ahead of the projected landfall of the tropical storm.

"This is going to be a Louisiana event with coastal flooding and widespread, heavy rainfall potentially impacting every part of the state,” Edwards said. “No one should take this storm lightly."

The governor encouraged residents in the path of the storm or nearby to check their emergency supplies and prepare for the storm. Edwards said he expected several parishes to declare their own states of emergency in the coming days.

Stay with Eyewitness News on WWL-TV and WWLTV.com for more on this developing story.