Mandatory evacuations ordered in some coastal Texas cities ahead of Harvey

As the threat of Hurricane Harvey intensifies, some coastal Texas cities and counties have begun issuing mandatory evacuation orders. 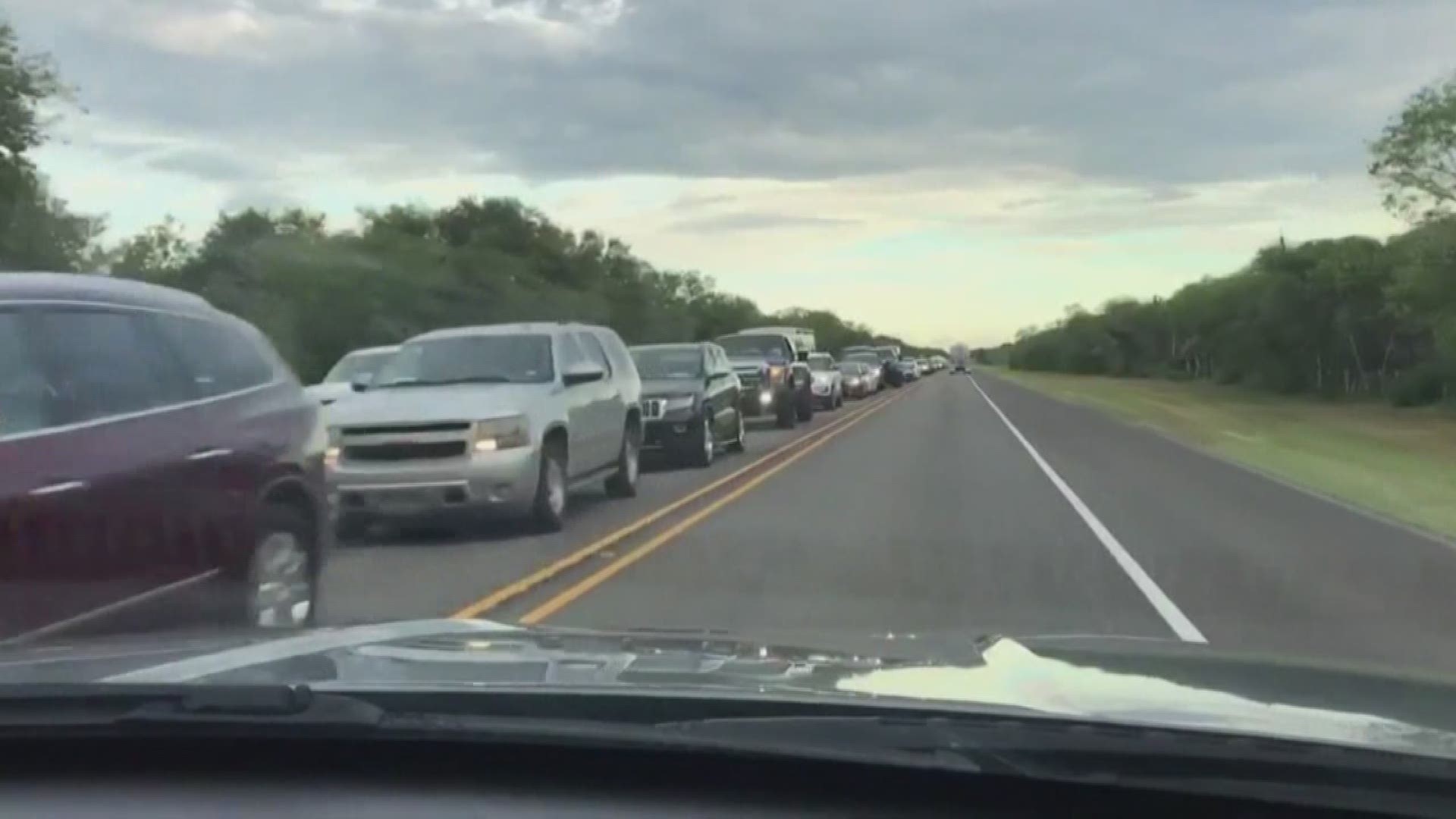 As the threat of Hurricane Harvey intensifies, some coastal Texas cities and counties have begun issuing mandatory evacuation orders.

The City of Port Aransas was the first to issue a mandatory evacuation at 11 a.m. Thursday morning, urging the city to take action and immediately evacuate.

The mayor of the city says the emergency management plan has been activated.

Early Thursday afternoon, Calhoun and San Patricio Counties also issued mandatory evacuations. Friday morning, residents east of the seawall on Galveston Island were advised to evacuate, according to KHOU. The city of Seabrook was issued a voluntary evacuation order, with all residents urged to leave by noon Friday.

Failure to obey an evacuation order can result in criminal penalties.

FEMA has prepared emergency response centers in Austin and Baton Rouge in case federal assistance is requested, the organization said in a release.

A slew of other mandatory and voluntary evacuations were ordered throughout the day Thursday and Friday along the Texas coast. See the list below:

Mandatory evacuation for coastal communities along the Gulf side of the Intracoastal canal, including Surfside, Sargent and Palacios beginning at 8 a.m. Friday. The evacuation is due to an expected 6-10 foot storm surge.

Voluntary evacuation for residents on Bolivar Peninsula, effective Friday, Aug. 25 at 8 a.m. This order includes the unincorporated areas of Port Bolivar, Crystal Beach, High Island and Gilchrist. Residents east of the seawall on Galveston have been advised to evacuate.

Voluntary evacuation for residents of Ricardo, Riviera and the Loyola Beach/Baffin Bay area.

City of Corpus Christi: Evacuation encouraged, but not mandatory. Cities of Port Aransas and Ingleside: Mandatory evacuation. Assisted evacuations will take place from 8 a.m. to noon Friday. Officials say residents should bring essentials for three to four days to be taken to the CC Gym for processing, and then it goes on to San Antonio.

Texas Senator Ted Cruz issued a statement Thursday asking Texans in the path of the storm to stay prudent:

“As Texas prepares for the potential impact in the Gulf Coast region from [Hurricane] Harvey, I urge all Texans in the path of the storm to heed warnings from local officials, know your evacuation route, and avoid all high water areas," the statement reads.

"This is a serious storm, with strong winds and what forecasters have predicted will potentially be a historic amount of rainfall that will significantly raise the risk of serious and life-threatening flooding. I have great confidence in our state’s first responders, who stand ready to assist those affected. And I ask that you join Heidi and me in keeping all of those in the path of this storm in your thoughts and prayers.”