Tropical Storm Beta could bring significant rainfall to the Texas Gulf Coast. Galveston County is trying to get some people out of harm's way.

Though its track is still very uncertain, Tropical Storm Beta could bring significant rainfall to the Texas Gulf Coast, according to the National Hurricane Center.

That's why Galveston County has issued a voluntary evacuation for residents on the Bolivar Peninsula.

According to Galveston County Mark Henry, people who feel they don't have enough food and supplies for three days should consider evacuating. It's especially recommended for the peninsula's vulnerable population and those with medical needs, as they could be cut off from the rest of the county. 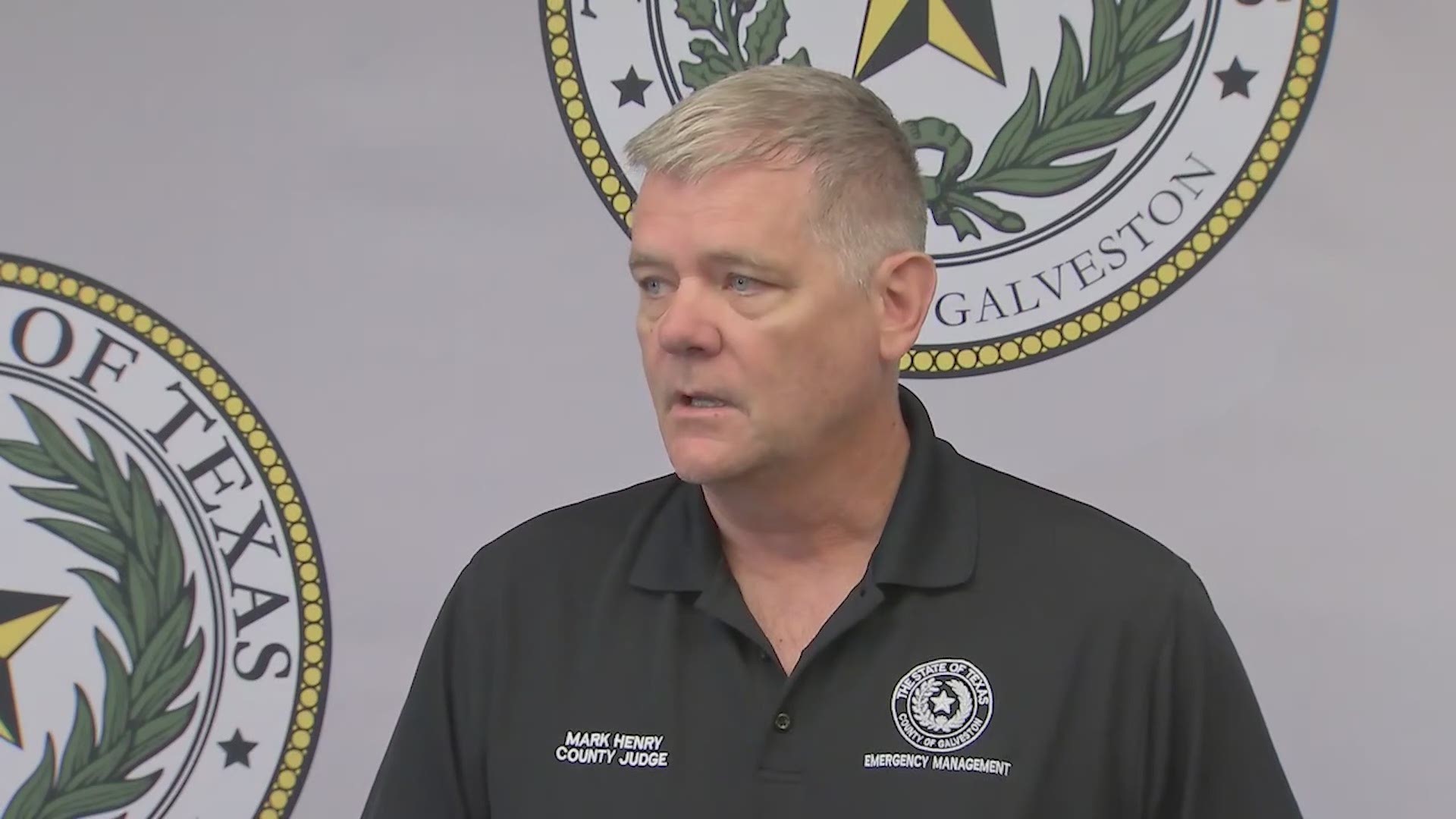 On the Bolivar Peninsula, higher-than-normal tides are expected to be four to six feet starting Saturday night and lasting through the middle of next week, which could make State Highway 87 impassable soon.

Low-lying areas of the county could also be impacted by coastal flooding. That includes areas like Bacliff, San Leon and Freddiesville. No evacuation order has been issued for those areas but residents should stay tuned to KHOU 11 for the very latest on the storm.

As for the Bolivar Ferry, Henry says that's state-run, so it's up to them how long it keeps running.

Tropical Storm Beta started Friday as a tropical depression in the Gulf, but strengthened into a tropical storm by Friday afternoon.  It's expected to strengthen more into a hurricane before weakening again.

Where it goes from there is still anybody's guess.

Here's the official forecast cone from the National Hurricane Center.

Here is the full disaster declaration

Be prepared if tropical weather does come our way

RELATED: Follow these food safety tips during a hurricane or flood