Temperatures over the past month had been below average, but now a week of heat is on the way. 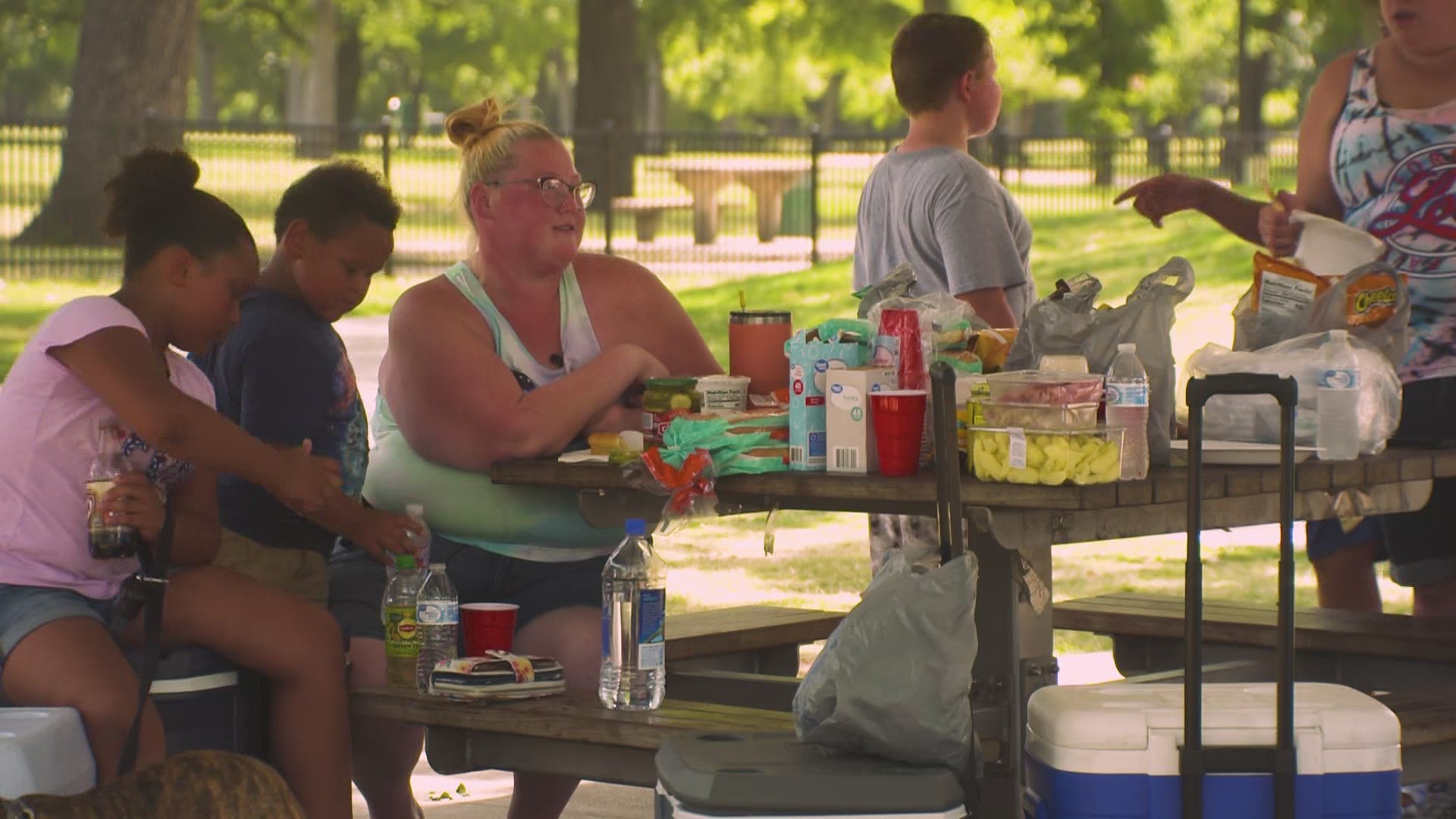 Dallas-Fort Worth International Airport recorded 100° for the first time this year.

Melissa Rosales and her family braved the heat to ride bikes along the Trinity River in Fort Worth.

“All I can say is it's very hot, really,” Rosales said. “Beaming hot.”

Usually, DFW has recorded eight 100-degree days by July 25 and overall, the past 30 days have mostly been below-average temperatures.

Now, the lowest high temperature forecasted in the next 10 days is 98 degrees.

“It already feels like it’s been 100 degrees,” Barbara Barfield said.

She came to Trinity Park with her family and packaged several coolers full of food, drinks and ice.

Brian White with MedStar says this weekend they responded to a dozen heat emergencies and took 8 people to the hospital.

“There's always going to be heat-related emergencies when you're dealing with temperatures like we have here in Texas,” he said.

White said it sounds simple,  but the key is planning, hydrating in advance and throughout the day. Splash pads and pools also help keep cool.

“They’ve probably drunk probably a case of water already,” Barfield said of her kids. “We’ve been here what 30, 45 minutes?”

“They may not tell you what's going on, so parents need to be a little more on the alert,” he said.

“We’ve got our jug with ice, so we just keep filling that up and do that,” Rosales said.

Most of the heat calls aren’t for kids, though. The average age of the patients treated for heat in the past month is 44 years old.

White also says to not forget about bringing pets inside and remember any elderly.

Heat issues start with cramps and then progress to headaches and nausea. At the final heat stroke stage, a person may stop sweating.

“That's your body saying, ‘You really need to cool it down here, pretty quickly,” White said.

Just a few months ago, Texans would’ve accepted any level of heat.

“I told myself I would never complain about the cold or the hot when we had winter and didn’t have power,” Barfield said.

But this weekend, the temperatures were enough to keep even a seasoned Texan inside.