Scattered storms in Austin area Thursday ahead of a dry, sunny weekend

Most rain will be light to moderate, but some isolated storms could bring heavy rain. 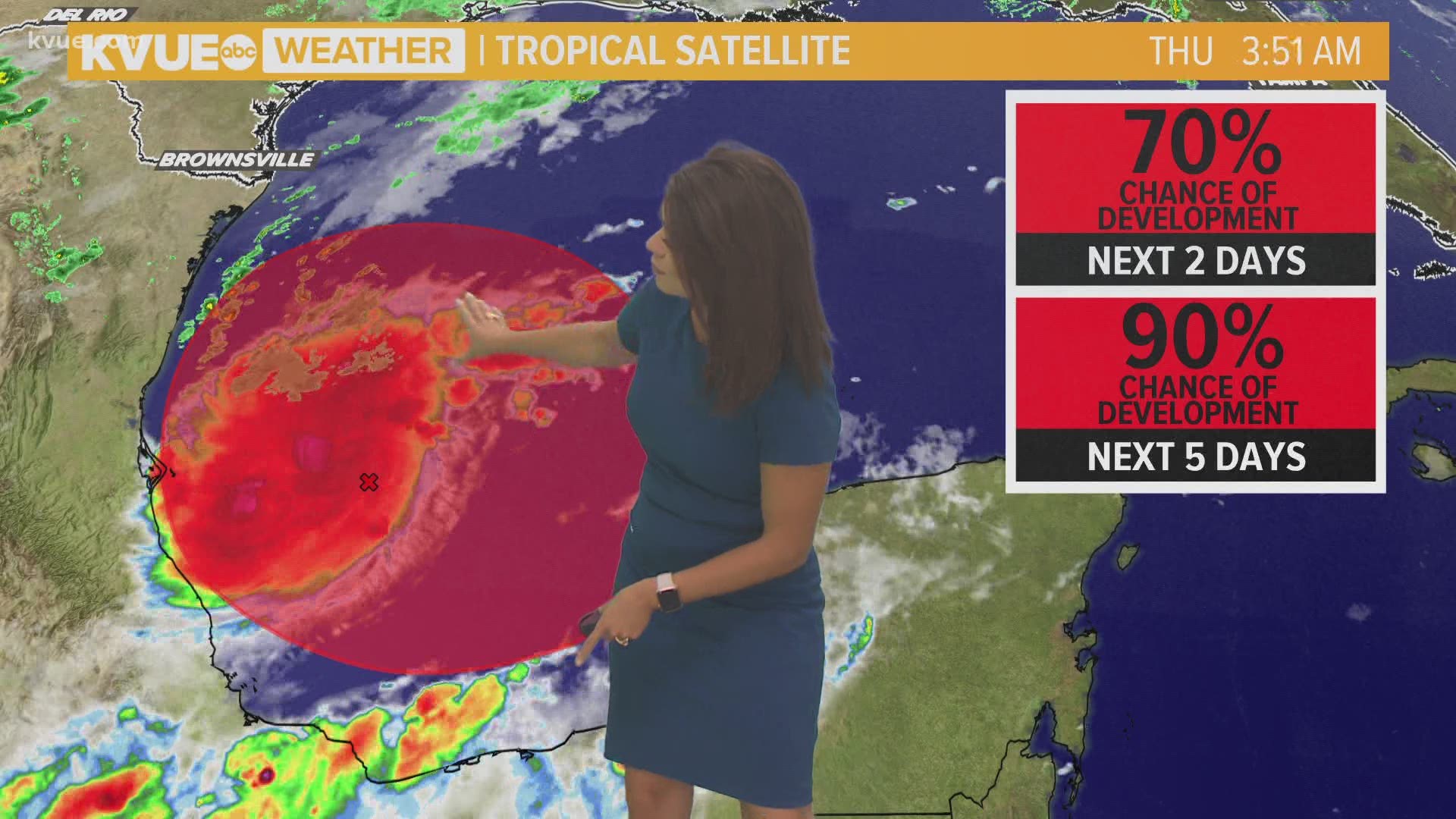 September has brought in over five inches of rain so far, which has helped much of Central Texas out of the drought. Another shot of rain returns Thursday and this may be the best chance for rain we have seen all week.

An increase in atmospheric moisture in conjunction with a trough of low pressure that has dipped into Texas will bring our decent chance of rain Thursday. Most models show the Hill County and areas along Interstate 35 and south as favorable for the highest rain chances.

You can keep an eye on the radar in the area by downloading the KVUE News app: kvue.com/app.

Most of the morning and afternoon will feature scattered showers with a mix of sunshine and clouds.

During the hottest part of the day, between 2 p.m. and 6 p.m., we could see a few more thunderstorms. With the abundant moisture in place, heavy rainfall cannot be ruled out. Slow storm movement could lead to a slightly higher flood threat.

Rain coverage will decrease mid to late evening with rain chances coming to a halt Friday morning. The trough of low pressure will move east by midday Friday. Rain totals should be fairly low, between a trace and half of an inch for areas north of Interstate 10.

A dry cold front will then push through on Friday evening. This will help bring lower humidity and sunshine for the weekend with highs in the mid-80s. Eyes are on the tropics as an area of low pressure in the southern Gulf of Mexico has a high chance of becoming a tropical cyclone. This could bring us additional rain chances in the middle of next week.