These two planets meet up about once every 20 years, but this year's encounter will be the closest they have been able to be seen in the sky since 1226. 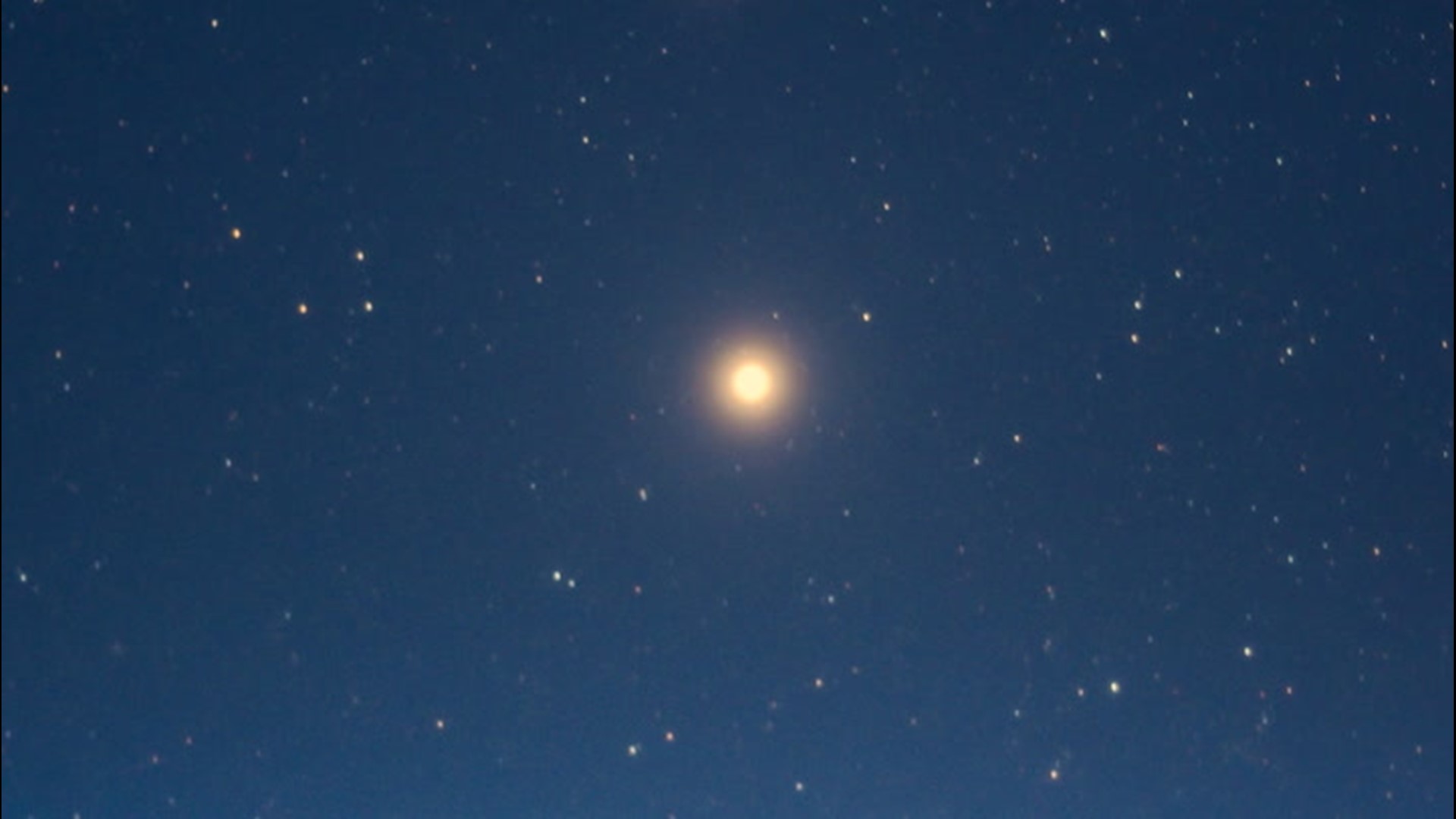 Jupiter and Saturn have been prominent features in the night sky all year long, but shortly after the first sunset of winter, the pair will join forces to shine incredibly bright for just a few fleeting hours.

The two largest planets in the solar system will look more like a single bright star in the southwestern sky after sunset on the solstice, an event known to astronomers as a great conjunction.

These two planets meet up in the night sky about once every 20 years, but this year's encounter will be the closest they have been able to be seen in the sky since 1226, according to EarthSky. A similar conjunction took place in 1623, but the planets appeared too close to the sun, making it too difficult for observers to spot.

"The two giant planets will appear just a 10th of a degree apart - that's about the thickness of a dime held at arm's length," NASA explained.

Because Jupiter and Saturn will look more like one bright object in the sky, and the fact that it is happening right before the winter holidays, some are referring to this as the "Christmas Star."

Some even believe that the "star of Bethlehem" in the story of the Magi could have actually been a great planetary conjunction, Forbes said.

The great conjunction will only be visible for an hour or so after sunset, so people will need to head outside at the first sign of nightfall on Dec. 21. The duo will set in the southwestern sky by around 7 p.m. local time for many areas.

This is the perfect event for telescopes, although Jupiter and Saturn will be easily visible to the unaided eye.

"The two planets and their moons will be visible in the same field of view through binoculars or a small telescope," NASA said.

"In fact, Saturn will appear as close to Jupiter as some of Jupiter's moons," NASA added. This includes the four largest moons of Jupiter, Callisto, Io, Europa and Ganymede.

This means that it will be possible to see both the famed rings of Saturn and Jupiter's Great Red Spot at the same time with the right telescope.

This is a one-night event, so those who miss the planets glowing together on the solstice will have to wait another 20 years to see Jupiter and Saturn side-by-side, although in 2040 they will not be quite as impressive as 2020's rendition of the event.

However, unlike the nearly 800-year period between the 1226 and 2020 great conjunctions, long-lived stargazers will only have to wait until March 15, 2080 for the next opportunity to witness a great conjunction of Jupiter and Saturn.