At least a half dozen homes and a clinic suffered structural damage Tuesday night after a strong thunderstorm rolled through a Grayson County town of 3,800. 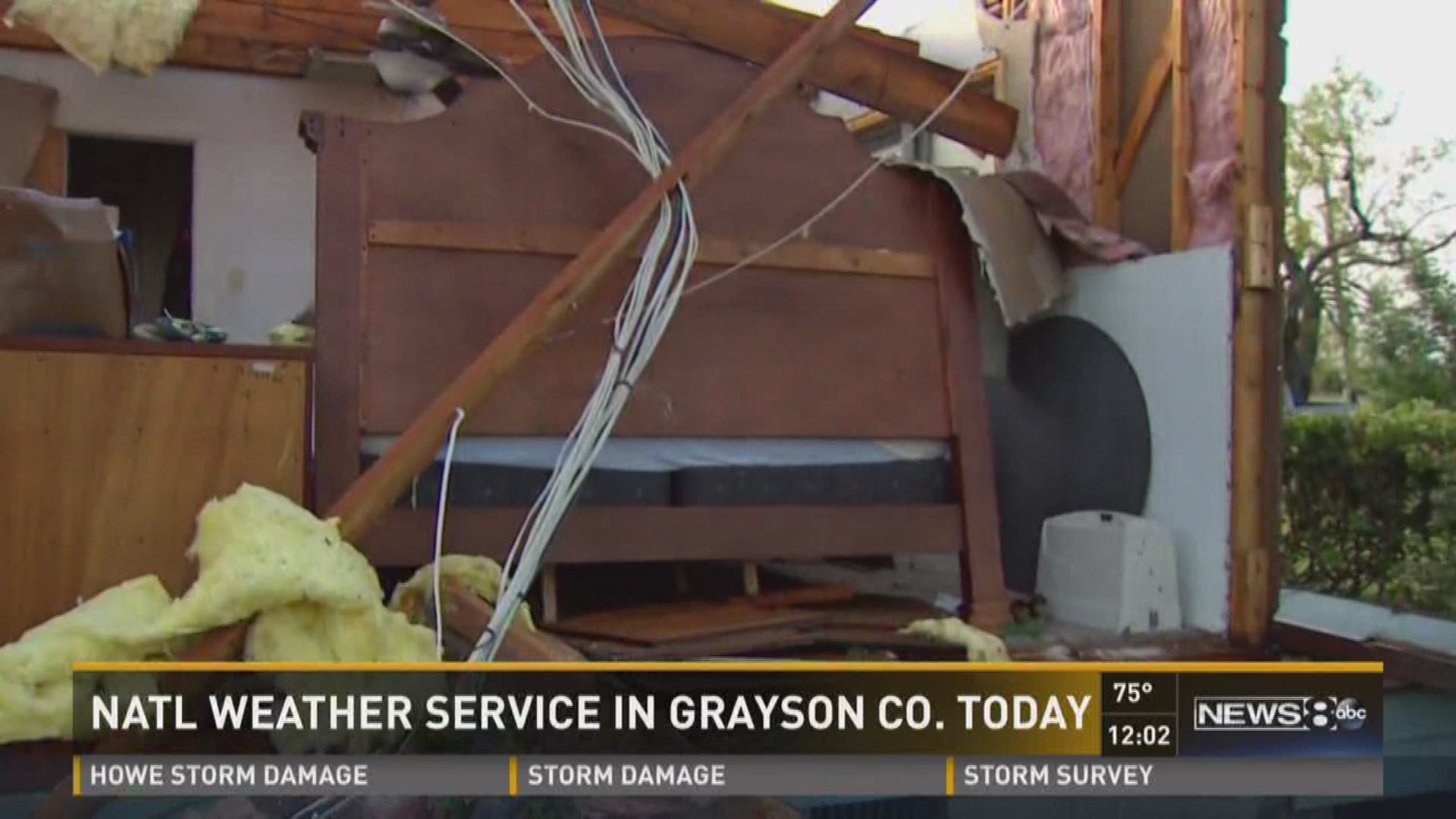 According to the National Weather Service, one of the tornadoes was an EF1, which struck near Howe, and the other an EF0 near Bells. A third was later confirmed in Whitesboro.

Confirmed EF-1 tornado in Whitesboro with winds of 85-90 mph. Brings the total to 3 tornadoes so far for 4/26/16 storms. #texomawx

Five people were injured and at least a half dozen homes and a clinic suffered structural damage Tuesday night after a strong thunderstorm rolled through a Grayson County town of 3,800.

Whitesboro is about 70 miles north of Dallas near the Oklahoma border and the Red River.

The town of Howe also sustained major damage, including at Howe High School, where school was canceled Wednesday for the entire district.

Most of the damage appeared to be on the western side of Howe, near Bois D Arcade Street and North Avenue.

Firefighters helped residents tarp their roofs as light rain continued to fall around midnight. Trees were twisted and snapped off along several streets and city utility crews had bucket trucks trying to reconnect hanging electric lines. The storms that caused the major wind damage here were part of a line that stretched 1,000 miles up to Iowa and South Dakota.

A shelter has been opened at the Whitesboro First Baptist Church at 124 Center Street.

(Payment should be made to United Way but noted it is for assistance to storm victims through Grayson Disaster Relief.)