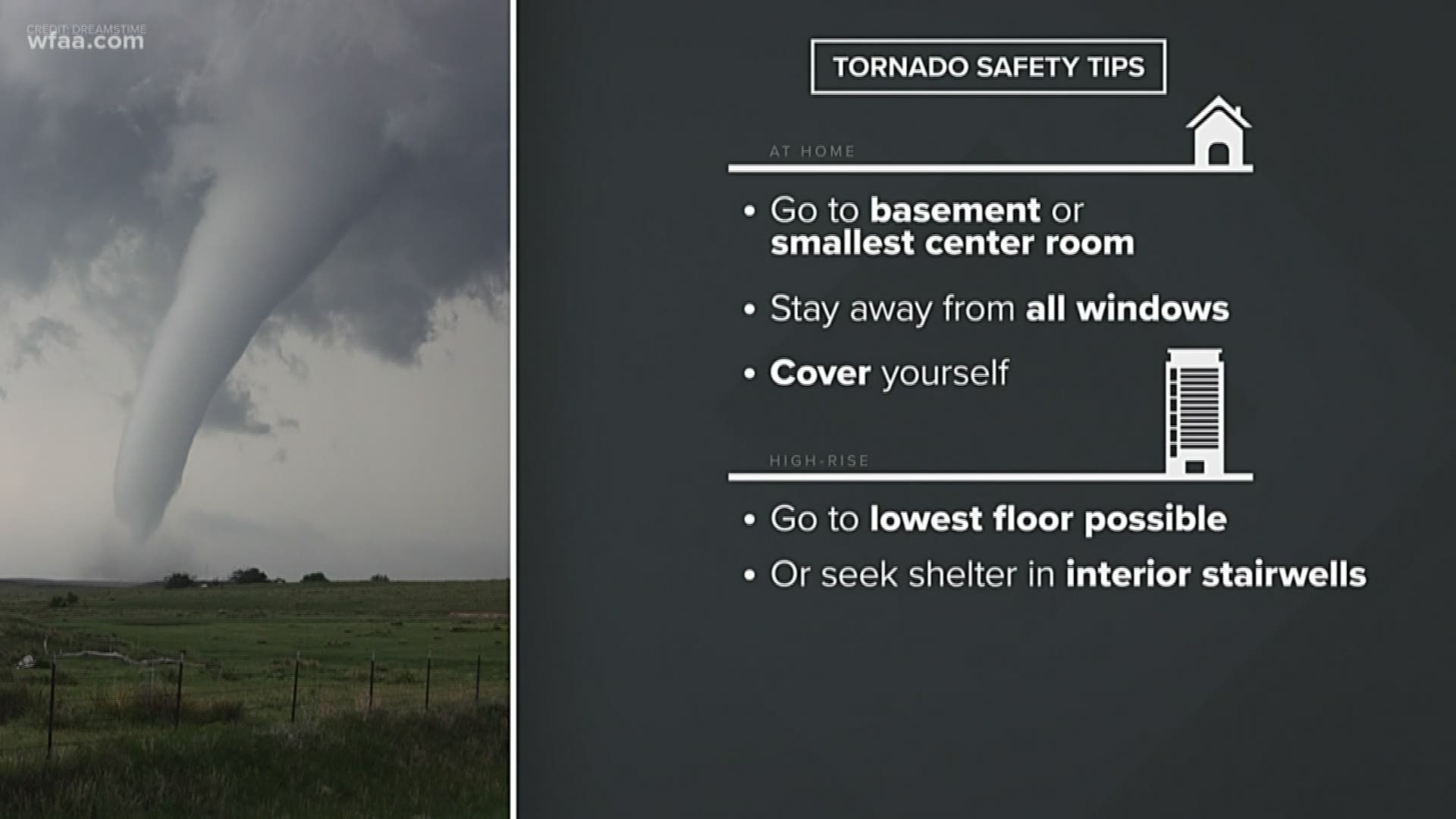 According to the NWS, damage survey from the storms shows the tornadoes happened around 5:40 p.m. and 6:30 p.m. across three counties.

In addition to tornado damage, a house erupted in flames Friday night after the initial line of storms passed through Johnson County, according to Burleson Fire Chief K.T. Freeman.

No one was home during the incident. Fire officials say lightning is the suspected cause of the fire that destroyed the home.

A person in Dallas also died after their vehicle flipped over into a creek due to the severe weather conditions, authorities said.