Fossil Rim Wildlife Center features more than 50 species of animals, many endangered, from around the world 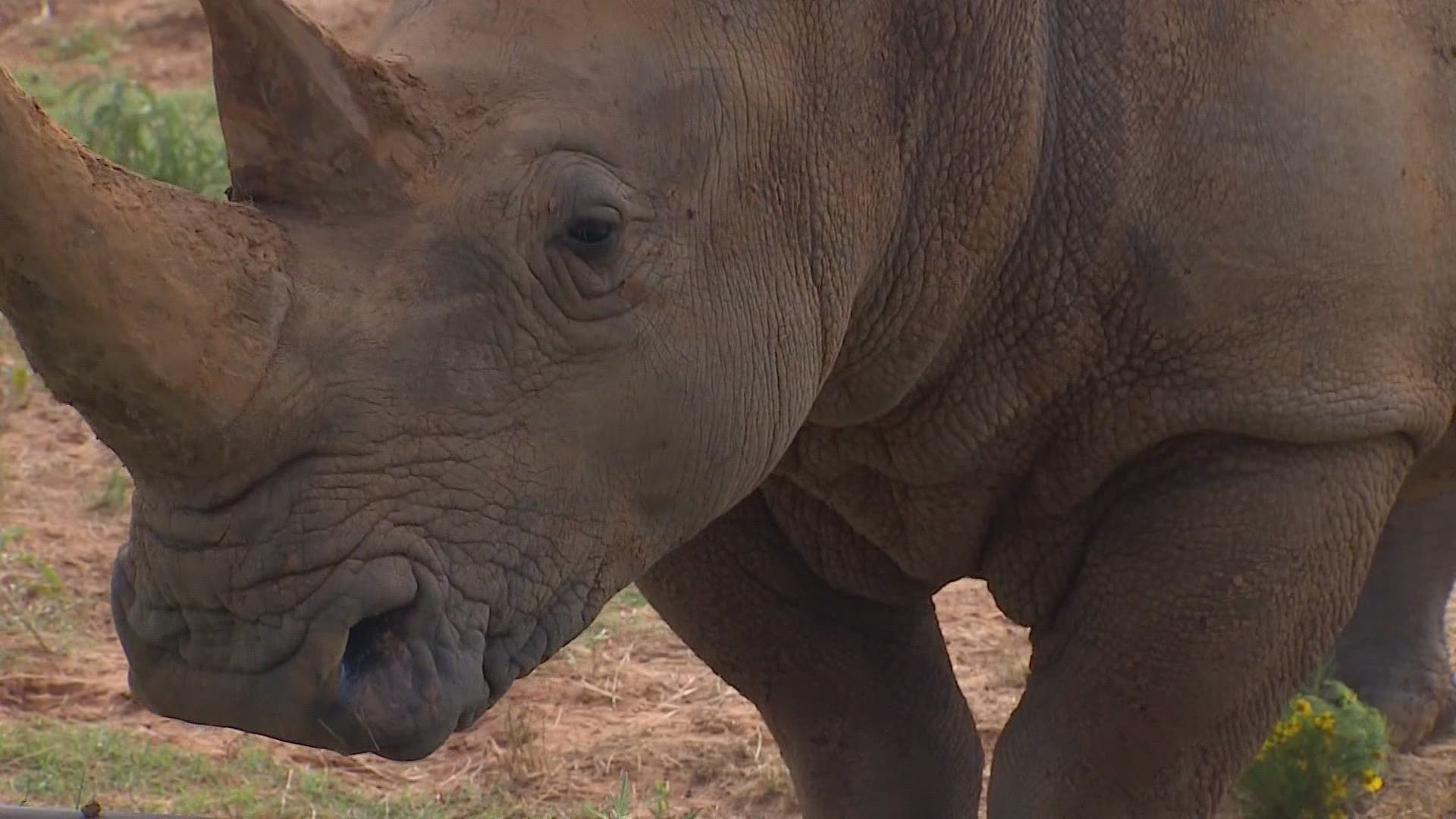 GLEN ROSE, Texas — Some people go to the big city for excitement and adventure. But if you’re looking to get away from the concrete jungle to more of a real jungle, you don’t have to go far.

Just 90 minutes from Dallas and only an hour from Fort Worth is one of the wildest places in Texas.

Visitors can see, but not touch.

“These animals are still wild animals,” said David Whiting, manager of guest experience at the park.

Giraffes are the exception. Those you’re allowed to feed by hand. All other animals must be fed by tossing treats on the ground from a cup you’re given at the entrance.

To see the park, guests can drive their own car and go at their own pace. It usually takes two and a half hours, but the experience is far better on a guided tour.

“It’s the best way to see the park,” Whiting said.

Experts like Whiting will tell guests things they can’t learn from your car. Plus they’ll see parts of the park that aren’t open to everyone.

There are other safari zoos in Texas but none like Fossil Rim.

The facility is heavily focused on conservation and preserving species now to have them in the future. Several of the animals at Fossil Rim are fighting extinction.

Missing something like the scimitar horned oryx, a type of antelope. It disappeared from the wild 20 years ago.

“They’re still listed as extinct in the wild,” Whiting said.

But Fossil Rim has helped bring them back to life.

The scimitar horned oryx were brought to Fossil Rim to help save the species. Today, they’ve repopulated enough that soon they will be released back into their native home in Africa.

At least six species here are near extinction. Soon, however, they will be back in the wild thanks to not only Fossil Rim, but you.

“We want people to experience the natural world,” Whiting said. “Take that home with them, get them to care about it.”

Where else can you have a good time and save the world?

For more information on Fossil Rim or to purchase tickets, visit https://fossilrim.org/