The CDC advises against traveling for the holiday. There are tips for reducing risk for those who do. 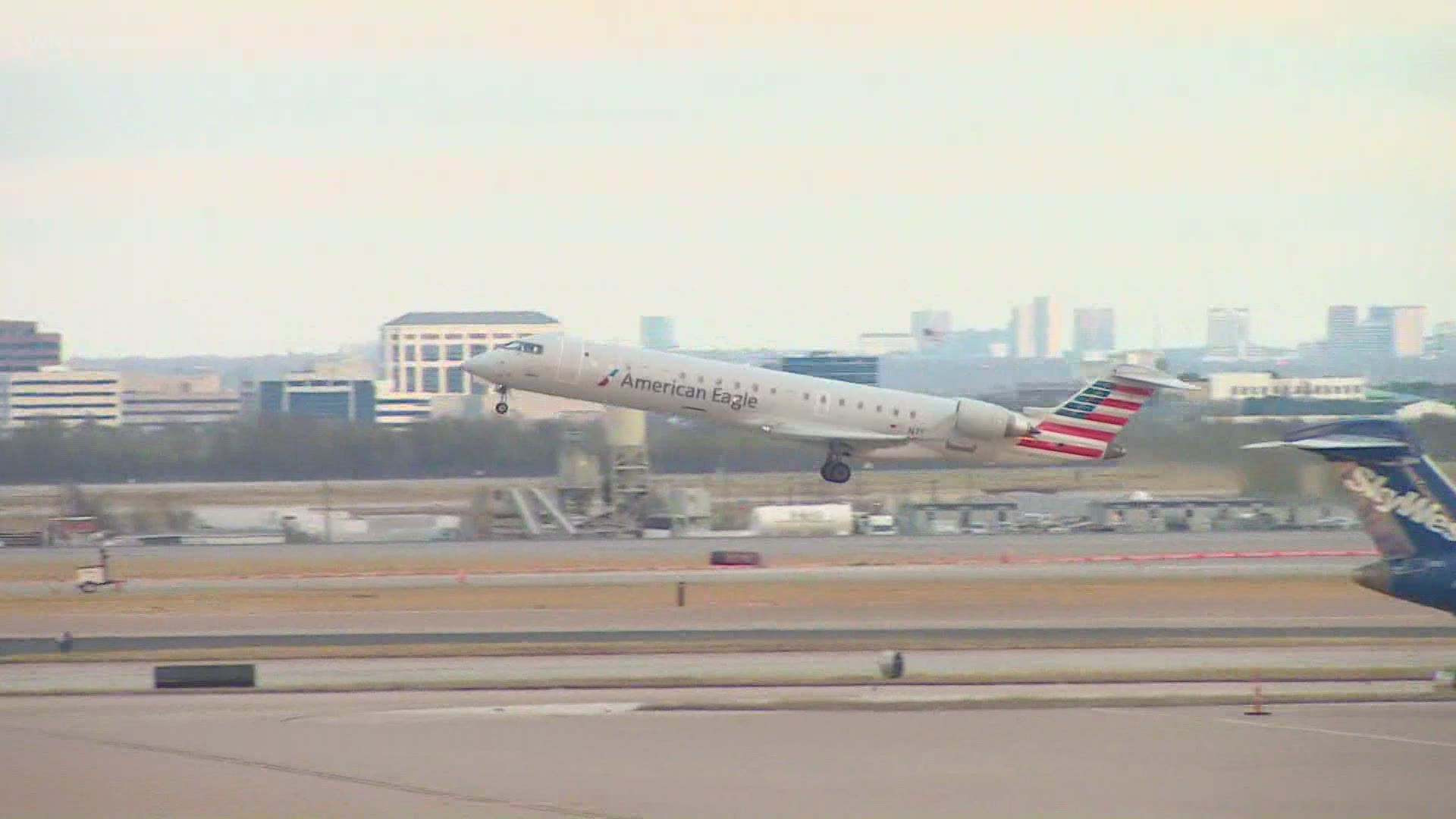 FORT WORTH, Texas — Officials at Dallas-Fort Worth International Airport expect more than 1.3 million passengers to pass through from November 20-30.

Airport spokesperson Bill Begley says that’s about 35% less than last year. Nationwide, more than 2 million people have passed through TSA checkpoints in the past two days.

Begley says the airport has markers for distancing, a 165-person sanitizing team and smarter, touchless restrooms.

“There will be a physical, visible evidence of all the efforts that we make to try to make sure that the high-touchpoint areas, the high traffic areas are sanitized,” Begley said.

Health experts including the Centers for Disease Control continue to caution against traveling at all for the holidays.

Dr. Diana Cervantes is an epidemiology professor at UNT Health Science Center. Her family is making the same tough decisions as everyone else.

“It’s all of the before and the after that goes with that travel that increases your exposure to people, and the more you’re exposed to people, the higher your risk gets,” she said.

RELATED: Mesa grandma who went viral for 2016 Thanksgiving celebration holds first one without husband after he died of COVID-19

Cervantes says to keep gatherings at five to six people at most, leave windows open at homes and know that getting tested in advance doesn’t guarantee anything.

“You could’ve been exposed, and it takes time for the virus to get to the point where you can transmit,” Cervantes said. “That whole time that you’re testing negative, the virus could be potentially building and then the next day you could potentially be infectious.”

When 12 members of Alexa Aregonez’s family got together on Nov. 1 in Arlington for a party, 15 people ended up testing positive, and her 57-year-old mother ended up hospitalized.

RELATED: 'We feel guilty for gathering': 15 members of an Arlington family got COVID after a family party

“I went to my nephew’s house and I love seeing my family but now I’m fighting against COVID-19,” her mother Enriqueta Aregonez said in a video from the hospital.

Alexa wanted to share their story as a cautionary tale for others.

“Seeing someone as strong and loving and as joyous as my mother go through that was a shock and it was excruciating,” she said. “In front of her face we were really strong. Behind closed doors we cried every day until she came home.”

This week, millions will travel and gather together. How the risk is handled by masking and keeping celebrations spaced, small and short can make all the difference in what the following weeks will hold.