Southwest Airlines said it's aware of system issues and is working quickly to resolve the problem. 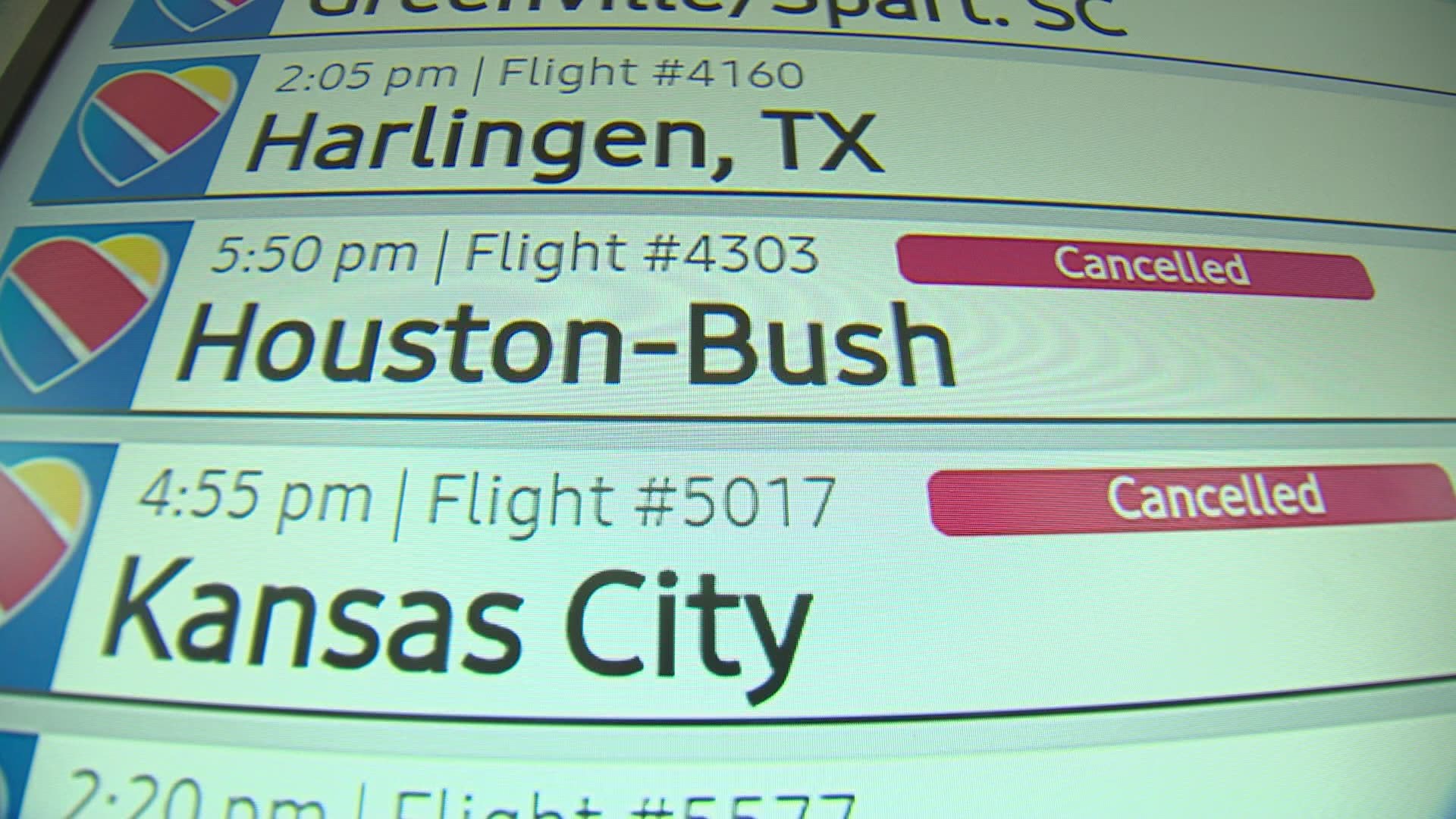 Dallas Love Field Airport is warning travelers to arrive at least 90 minutes ahead of their flight time, Tuesday, due to long lines caused by system issues being reported by Southwest Airlines.

The airport tweeted around 12:35 p.m., stating that there are especially long lines at check-in. It also advised travelers to confirm the flight status with each airline.

We're seeing some longer lines this afternoon, especially at check-in. Please plan to arrive at least 90 minutes ahead of your flight. Confirm your flight's status with your airline.

Dallas Love Field did not include what is prompting the long lines, but Southwest Airlines tweeted around 1 p.m. saying it was aware of "system issues" and is working to resolve the problem.

We are aware of system issues and are working quickly to resolve. We will share more info soon.

In a statement from the Federal Aviation Administration, the agency said it issued a temporary ground stop for Southwest Airline flights nationwide while the company worked to resolve the issue, which the FAA said was connected to their reservation computers. That stop has since been lifted.

Around 2:40 p.m., Southwest said it was in the process of resuming normal operations "after a brief pause in our flight activity resulting from intermittent performance issues with our network connectivity."

"Our Teams are working quickly to minimize flight disruptions and Customer impact," the airlines said in a statement. "We appreciate our Customers’ patience as we work to get them to their destinations. We ask that travelers use Southwest.com to check flight status or consult a Southwest Airlines Customer Service Agent at the airport for assistance with travel needs."

The network connectivity issues Tuesday were also mentioned in a tweet from the Denver International Airport, which impacted flights in Colorado.

.@SouthwestAir is experiencing a network connectivity issue at DEN. Flight delays are likely, check directly with your airline for more information. Thanks for your patience as they work through this issue!

And images from Las Vegas showed crowds packed in the airport there.

The website FlightView is showing hundreds of canceled Southwest Airlines flights Tuesday afternoon, with delays reaching to roughly 1,000. Tuesday afternoon, Southwest did confirm it "proactively" canceled roughly 500 flights . It said it's now working with those customers to get them to their destinations as quickly as possible. Click here to check the latest status.

Southwest did confirm Monday evening that it experienced a glitch with its third-party weather-date provider that caused delays.

Around 11 p.m. Monday, a spokesperson with Southwest Airlines said the company was beginning to resume flight operations after the third-party weather data provider experienced intermittent performance issues earlier in the evening.

This prevented the transmission of weather information that is required to safely operate Southwest aircraft, the spokesperson said. This also led to a ground stop while Southwest and the vendor worked to restore the connectivity, in an effort to protect the safety of the airlines' crews and customers, according to a statement.

"We appreciate our Customers’ patience as we work to get them to their destinations as quickly as possible. We ask that Customers use Southwest.com to check flight status or, if flying this evening, consult a Southwest Airlines Customer Service Agent for assistance with travel needs," the statement partially reads.