TSA says it has been checking more than 1M people nationwide each day for the past 3 weeks. Easter and spring break could be the busiest time since the pandemic. 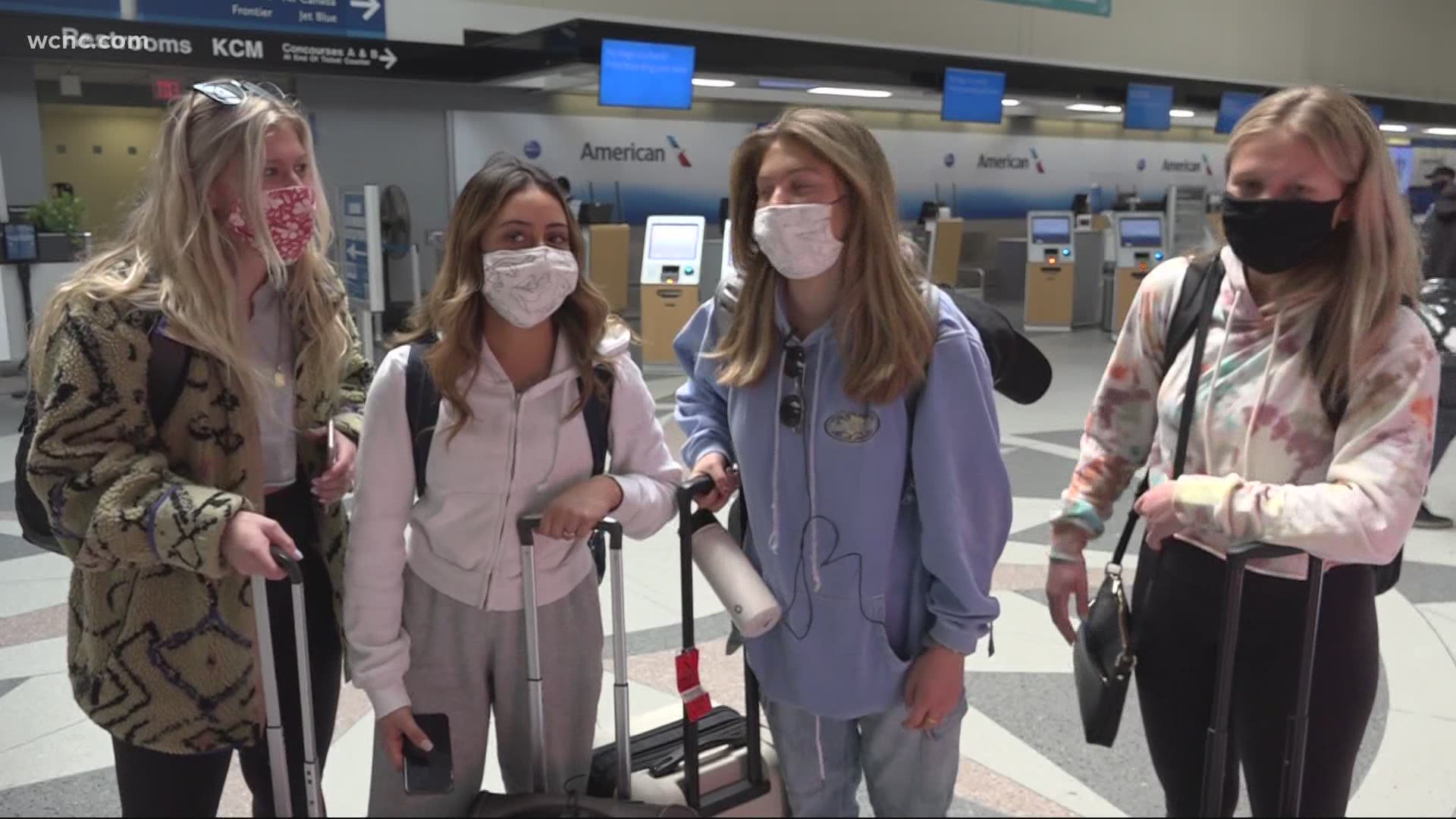 With many Charlotte-area school districts on break, coupled with Easter, travel experts predict this could be the busiest weekend of travel at America's airports since the COVID-19 pandemic began last spring.

The spike in travelers continues to rise despite warnings from health officials against non-essential trips. TSA reported screening more than 1 million passengers each day for the past three weeks. Data from Charlotte shows 2 million people have been screened between January and February.

The CEO of United Airlines, Scott Kirby, said his company, which was losing more than $100 million per day at this point last year, ended March on a good note, foreshadowing Americans' desire to travel.

RELATED: Why buying a fake COVID-19 vaccination card could be a public health risk

Questions now remain about whether you'll need a so-called "vaccine passport" for things like international travel, going to concerts or attending sporting events.

The White House said they'll leave that up to the private sector. U.S. airline executives have said they do not endorse a domestic vaccine program for lying.

South Carolina Gov. Henry McMaster called the idea "un-American to the core," and said vaccine passports will "have no place" in South Carolina.