Deputies have identified the man accused in a deadly crash that shut down I-45 North during Thursday morning's rush hour. 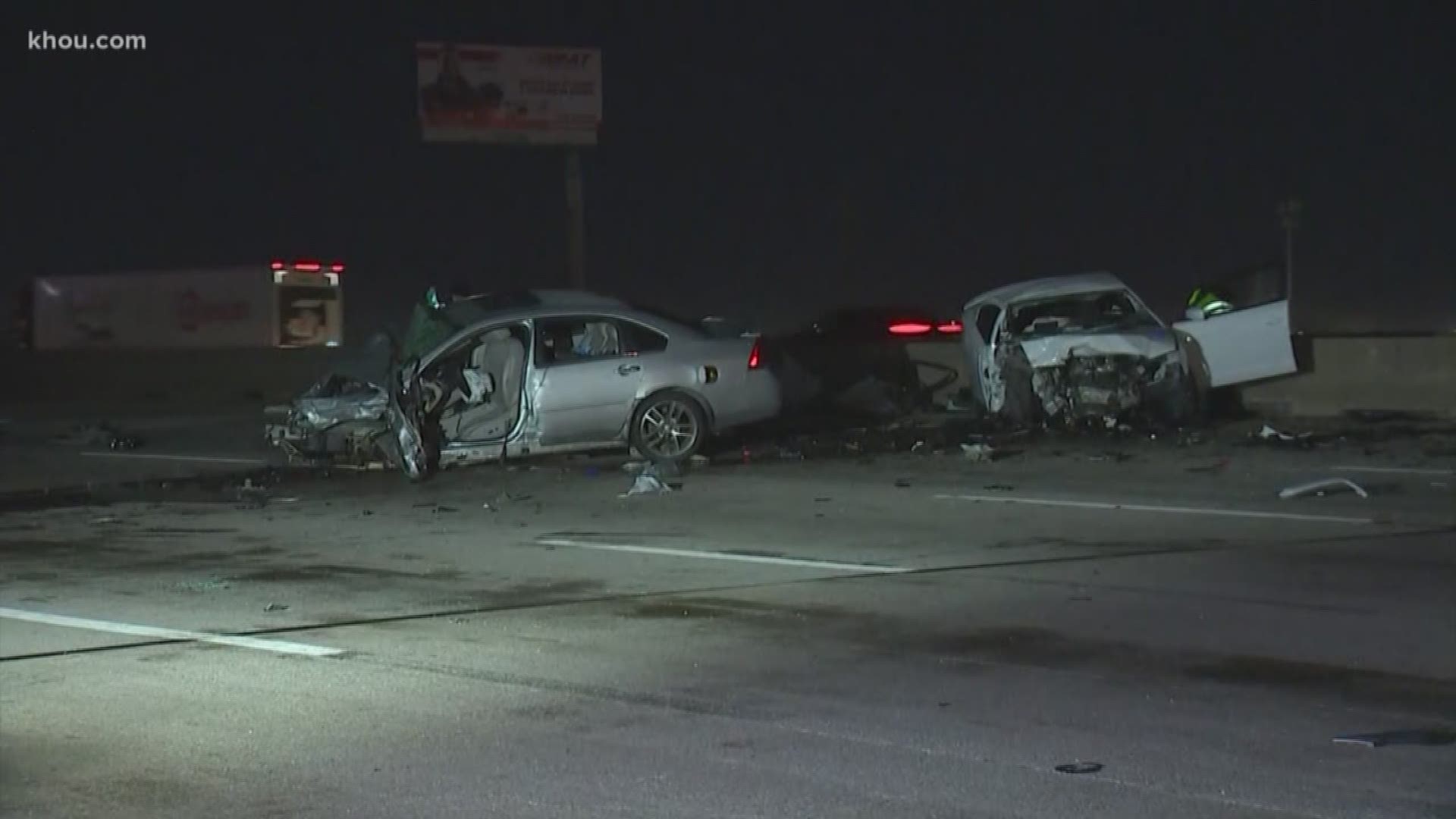 The Harris County Sheriff's Office identified the wrong-way driver as Fernando Lopez, 23. He is charged with intoxication manslaughter. The victim who died was identified as Antwon Wallace, 36.

The crash happened on the interstate's southbound lanes near Airtex, north of Beltway 8, shortly after 2 a.m.

Deputies said they received reports of a wrong-way driver, but authorities were not able to respond in time to stop him.

Deputies said Lopez, who was in a silver Chevrolet Impala, first sideswiped an Infiniti. The wrong-way driver kept going and collided head-on with a white Dodge Charger.

A passenger in the Charger, Wallace, died at the scene. Wallace's cousin Shandon Bell was the driver of the Charger. He suffered a head injury but is expected to survive.

Lopez also suffered a head injury and was taken to the hospital. He was later charged with intoxication manslaughter, HCSO confirmed.

Deputies said the driver in the Infiniti was not seriously hurt.

"Some family will receive the horrific news," he also tweeted. "That knock on the door is something far too many Harris County residents have had to experience."

The I-45 crash was the first of two deadly wrong-way crashes early Thursday. Around 6 a.m. another wreck occurred on I-10 west of Houston near Sealy. State troopers there say a small Toyota pickup was going the wrong direction in the westbound lanes when the driver hit a big rig and was killed.