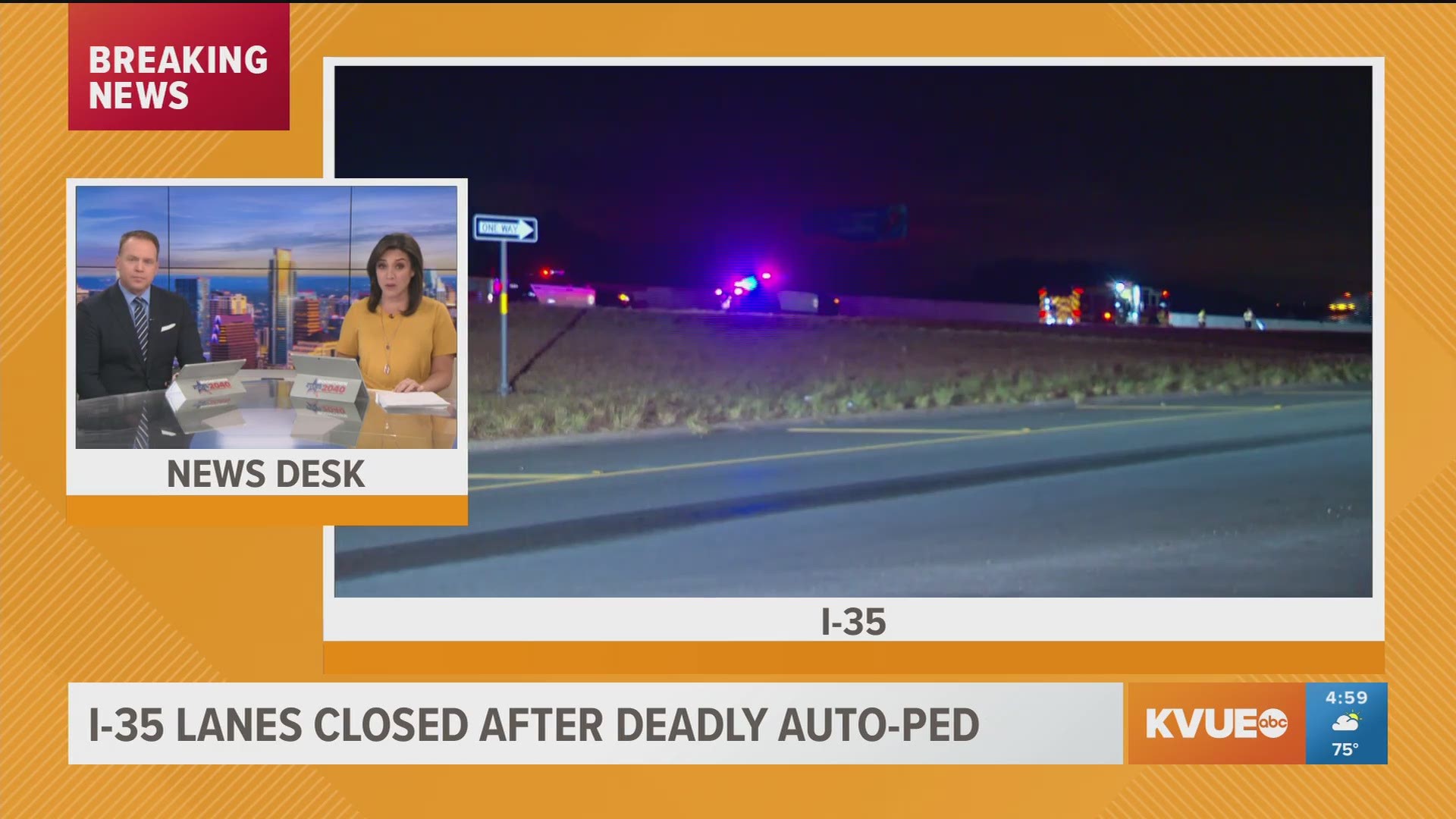 AUSTIN, Texas — A motorcyclist died Sept. 11 after crashing into the wall of a flyover at U.S. 290 and U.S. 183 and going over the wall, the Austin Police Department said several days after the crash.

The APD said Joe H. Ogg, 41, was driving his Harley Davidson motorcycle westbound on U.S. 290 when he "failed to negotiate the curve" and hit the wall on the flyover. He then went over the wall and fell into the westbound lanes of 290 below.

Austin-Travis County EMS said this was the second person to die on Austin's highways that morning in less than a few hours.

A man in his 30s was killed trying to cross Interstate 35, according to ATCEMS. Officials said northbound I-35 lanes at Braker Lane were shut down due to the crash.

Austin police name man hit, killed by semi while trying to cross I-35

Austin traffic deaths are up compared to last year, but the City says it has a plan

At least 13 people have died since January while trying to cross I-35 or while walking alongside the highway.

To try and stop people from crossing the highway, the Texas Department of Transportation launched its "Stay Alive, Don't Cross I-35" campaign. As part of that program, crews painted 26 signs on road barriers to discourage pedestrians from running onto the road.