Some residents remain skeptical about how well self-driving cars would work. 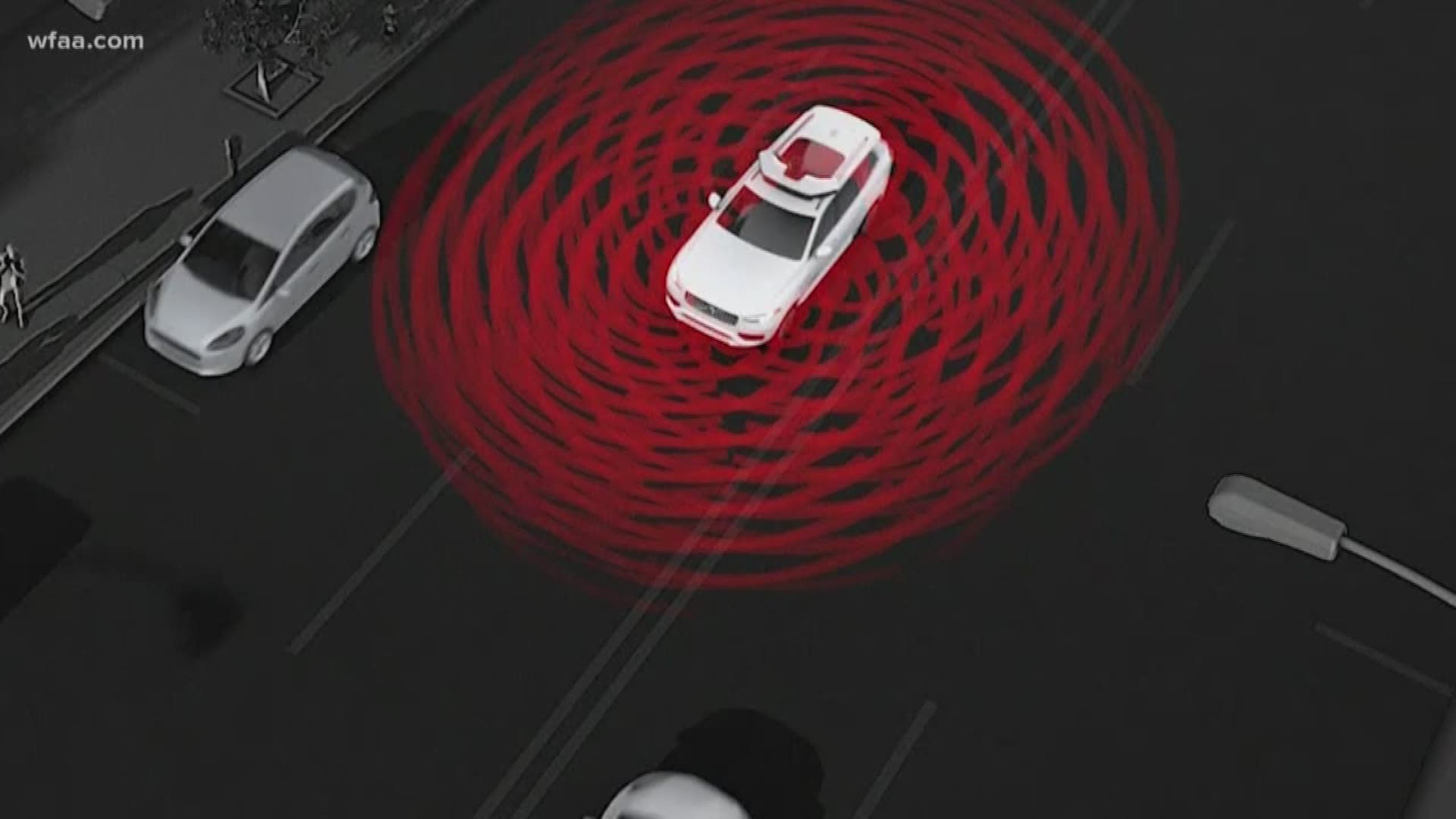 DALLAS — Uber held its first town hall in Dallas on Tuesday to discuss bringing its self-driving vehicle project to the city.

Eric Meyhofer, CEO of Uber's Advanced Technologies Group, was present at the town hall to answer questions. He told WFAA that the project is still in the early stages.

Two vehicles with special technology mounted on top sat out front of the temporary Uber work site in downtown Dallas on Tuesday.

The vehicles will be responsible for mapping out every road in Dallas, starting in November. The vehicles will collect radar images, laser images and ultrasonic images of all of the city's streets.

"This is the data that becomes the map," Meyhofer said.

The data will lay the groundwork for self-driving cars to become a part of Dallas' future.

During the town hall Tuesday, Meyhofer took online questions and questions from the audience about what exactly that future would look like.

Dorothy Pearcy, a life-long Dallas resident, said she has concerns about the self-driving concept. She said she worries about accountability and liability in the event an accident occurs.

"I don't know that I trust a machine or technology to drive a car, " Pearcy explained.

There are others who feel similarly to Pearcy. In 2018, an Uber test car hit and killed a woman in Tempe, Arizona.

Meyhofer was open to talking about the subject in a sit-down interview as well as  at the town hall.

"That was a really tragic day for us that shook us to our core," he said. "We did a deep dive top to bottom on all the things that we do."

Meyhofer told the residents attending the town hall that Uber is focused on offering a safe product as well as a solution to the one billion vehicles that share our roads.

But, it's important to keep in mind the possibility of self-driving cars hitting the road is all still very far from reality. If all goes right, Dallas would see its first cars in several years.