Southbound I-45 back open after crash, TxDOT officials say

Drivers have a couple alternative options to avoid the area. 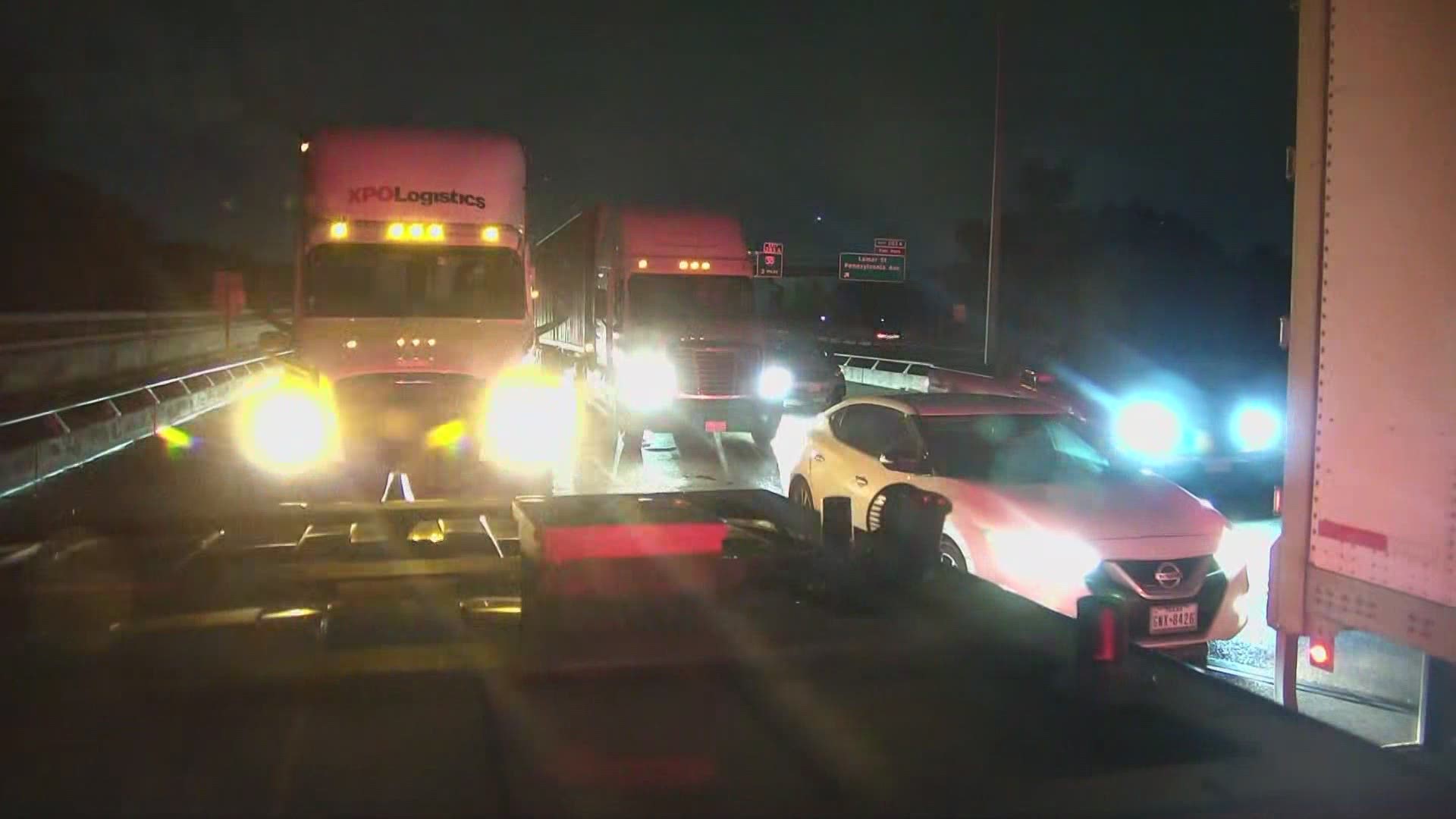 Southbound Interstate 45 has reopened after it was shut down early Tuesday morning due to a crash, Texas Department of Transportation officials said.

An 18-wheeler jackknifed across multiple lanes sometime before 4 a.m. near Overton Road. It appeared it was a FedEx truck that had crashed.

Here’s a look at the jackknifed big rig on I-45SB near Overton/175. It’s a FedEx truck turned in the opposite direction. Hope everyone is ok. I’m sure I don’t have to tell you this, but allow some grace if you notice your packages r late.

All lanes, including the shoulders, were initially blocked due to the crash, TxDOT officials said. The roadway had reopened by 8:20 a.m.

Drivers have a couple options to avoid the area. They can take South Corinth Street or use Southbound I-35E as an alternative Tuesday.