Officials have blocked off three lanes near New York Avenue. 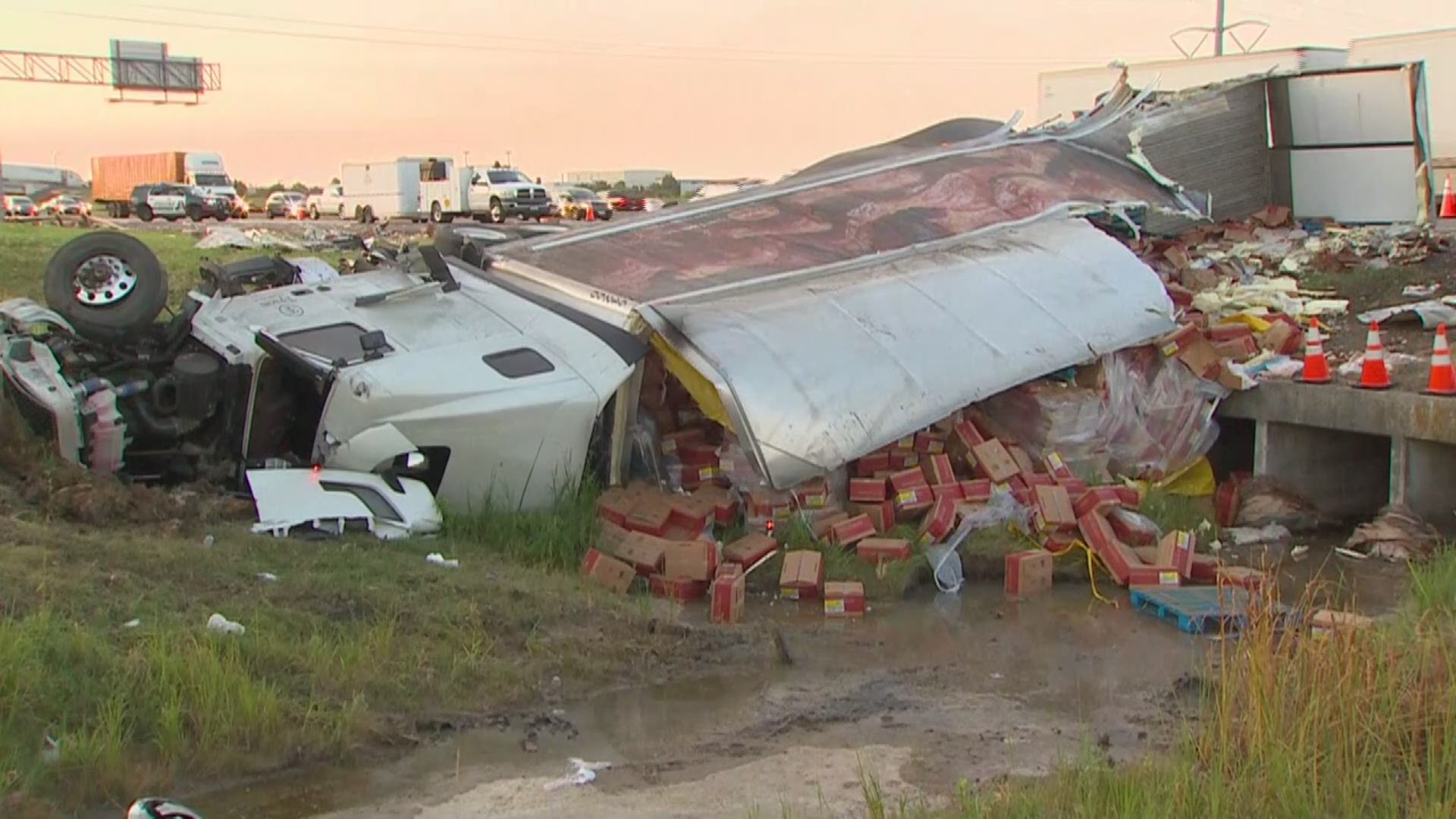 Crews continue to clean up the scene Tuesday morning after an overturned semi spilled its cargo onto the westbound Interstate 20 in Arlington.

The semi was carrying a shipment of frozen chicken when it crashed shortly after 3:30 a.m. Officials have blocked off three lanes near New York Avenue and South Collins Street. As of 7:30 a.m., officials said the cleanup is expected to take several hours.

The truck driver was taken to the hospital, police said. Officials have not released the driver's condition.

Drivers are encouraged to take an alternate route. Drivers can take the service road.

Check here for the latest traffic map and road conditions

Officials have not said what caused the crash. 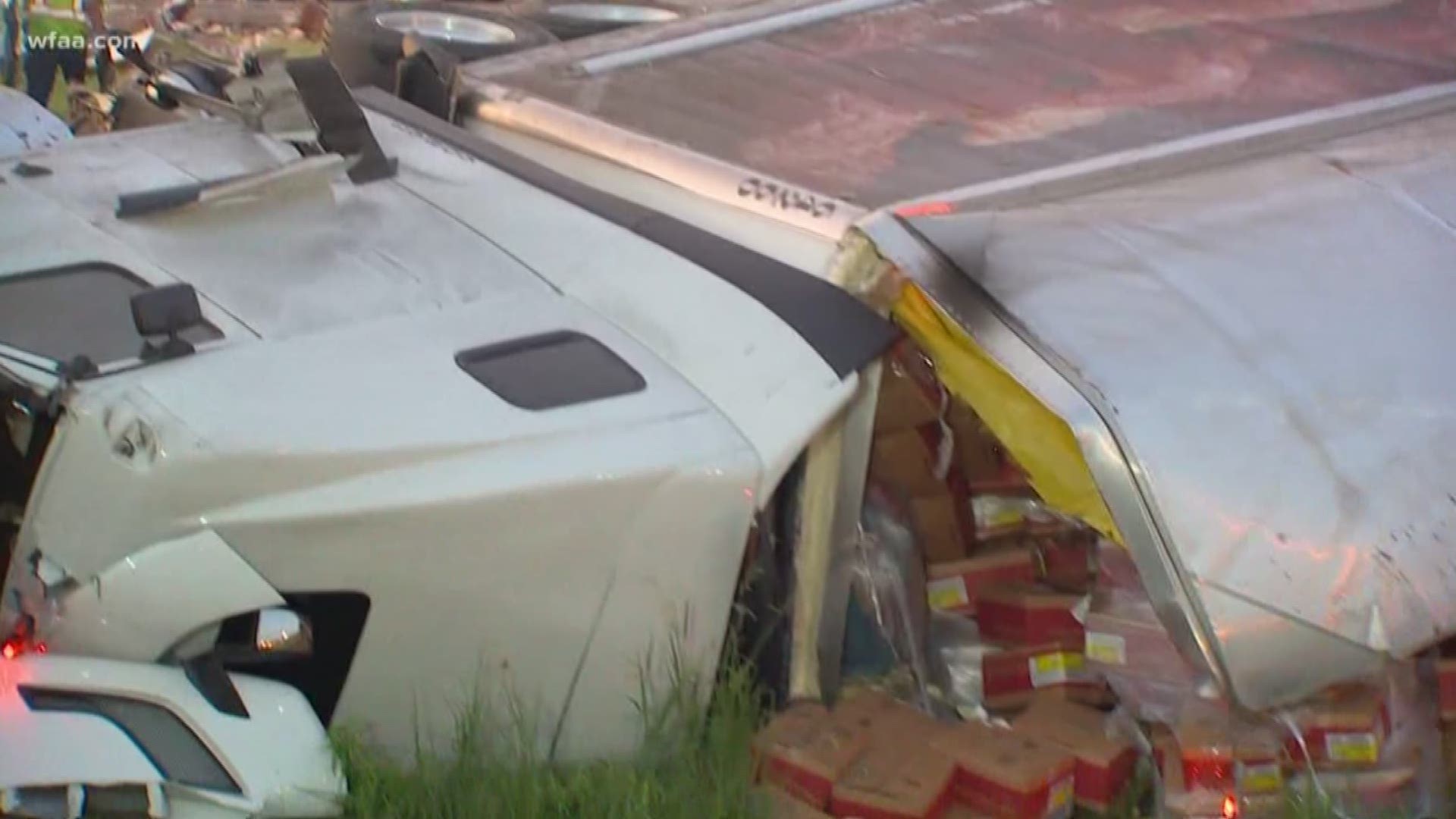