Slick roads cause traffic backups around Dallas-Fort Worth 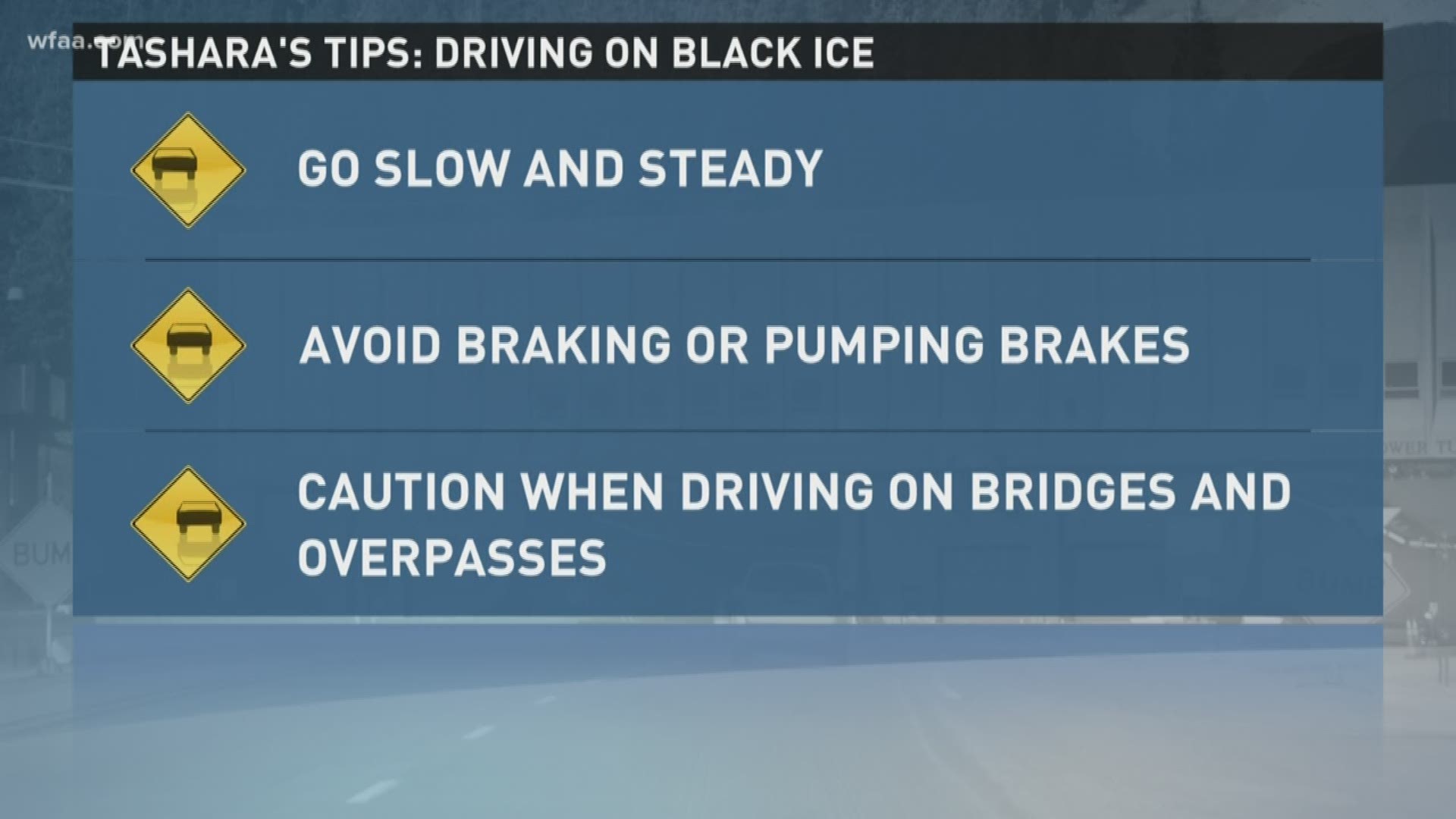 DALLAS — This story will be updated with the latest traffic conditions.

Officials with TxDOT confirm an accident on northbound Spur 408 at Illinois Avenue was caused by ice on the roads.

Crews are currently working to treat the roads and clear up several accident scenes throughout the Dallas Fort-Worth area.

Another accident was reported on U.S. 75 northbound at Knox Street and Mockingbird Lane. Traffic remains backed up in the area.

Drivers are urged to drive slow and give themselves extra time during their morning commute.

Below are safety driving tips from AAA Texas and Allstate:

While on the road:

Avoid spinning out on the ice