I-30 reopened in Royse City after 3 killed in crash

Captain Greg Welch with the Rockwall County Sheriff's Department says it happened in the eastbound lanes of Interstate 30 near Mile Marker 78 in Royse City. 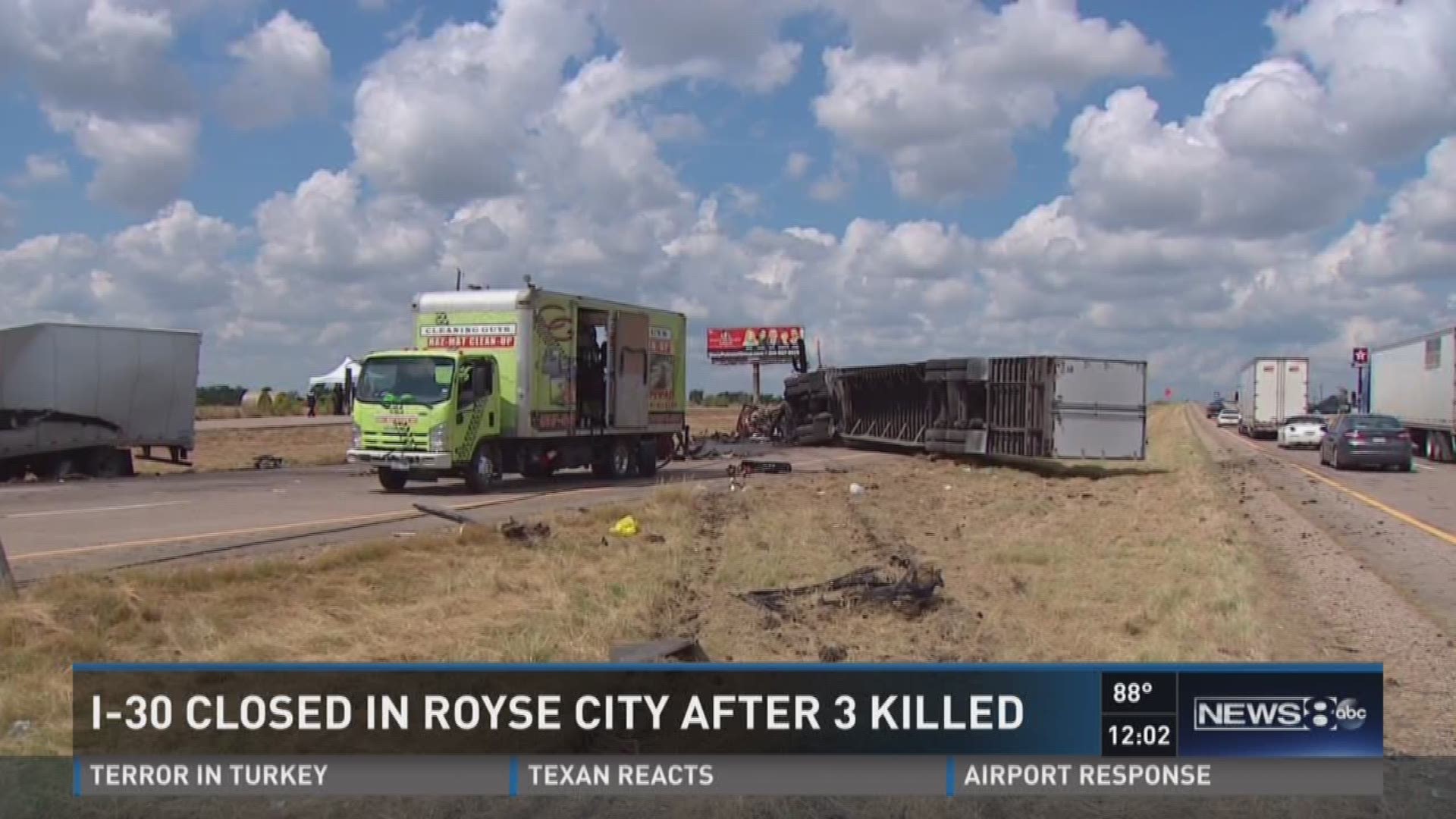 ROYSE CITY -- Three people were killed in a crash Wednesday morning in Royse City, causing a major highway to be closed for several hours.

Captain Greg Welch with the Rockwall County Sheriff's Department says it happened in the eastbound lanes of Interstate 30 near FM 35 in Royse City early Wednesday.

Three people total died, one from each vehicle. The drivers were identified as: Guadalupe Garza, Jr., 38, from Lyford, Texas; Victor Bovkoun, 53, from Ontario, Canada; and Kevin Battise, 56, from Mesquite.

There were no other passengers.

Investigators are working to find the cause of the crash, and crews are dealing with hazmat issues because of debris and fuel spilling, Welch said.

Traffic backed up for miles on EB I-30 in Royse City, hours after a triple fatal wreck. Closures expected for hrs. pic.twitter.com/ol8oKCinUL