Grand Prairie Officer A.J. Castaneda Jr. was working off-duty on a "speed enforcement project" when he was struck and thrown from the highway, officials said. 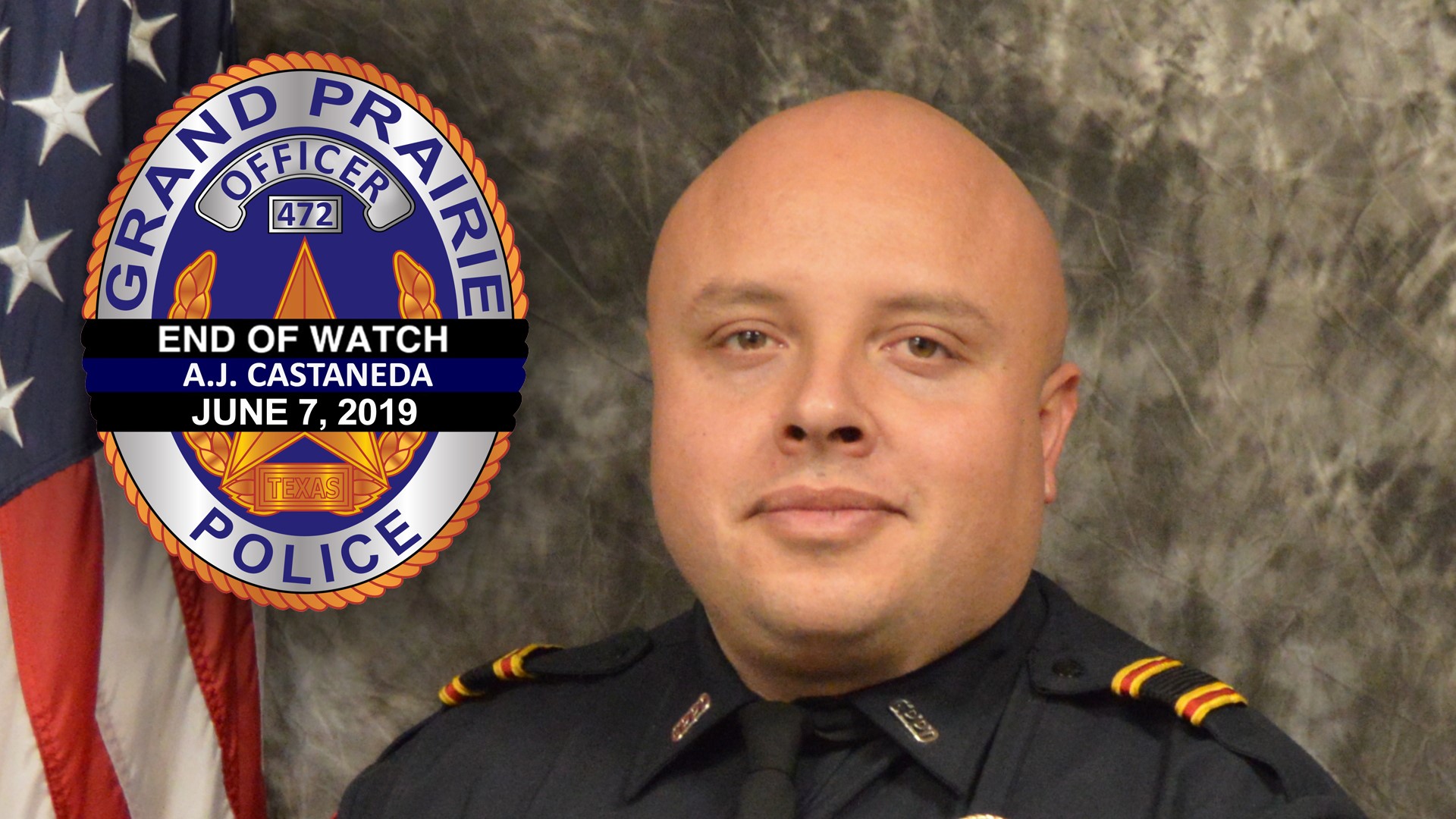 The Grand Prairie officer was killed Friday while working on his day off on a "speed enforcement project," Dye said.

Castaneda, 38, was outside his patrol vehicle when he was struck and thrown from the highway, officials said.

The chief said Castaneda regularly followed up on police work when off, like he was doing Friday.

“He was a friend, a trusted colleague, an outstanding officer who had a work ethic second to none," Dye said.

Castaneda was using a handheld radar outside his patrol SUV when he was hit around 10:40 a.m. Friday. He was pronounced dead at 10:58 a.m., Dye said.

His death is the first on-duty death of a Grand Prairie police officer since 2004.

Castaneda's patrol vehicle was parked on the shoulder of President George Bush Turnpike near Dickey Road. A Nissan 300ZX was traveling northbound on the highway, when the 17-year-old male driver lost control and struck Castaneda.

The officer was thrown from the elevated highway to the ground below.

No charges have been filed against the driver of the Nissan, police said. State troopers are investigating the cause of the crash.

The Nissan driver was uninjured, and it did not appear that the crash was intentional or that the driver was impaired.

“He displayed no visible signs of impairment at the scene of the crash," Dye said.

The driver has not been publicly identified.

Castaneda, a five-year veteran of the department, was assigned to the patrol division.

Dye said there will be no policy changes after Castaneda's death. The chief said the officer was following protocol when he was operating his handheld radar outside his vehicle.

"It accentuates and highlights the dangers of our professions," Dye said. "At the end of the day, it's a dangerous job, and this is a tragic example of that."

Castaneda saved a choking child in September at the Mid-Autumn Festival at Asia Times Square in Grand Prairie.

He was named an officer of the month in September 2017 by the North Texas Police Chiefs Association.

Dye said Castaneda "was so gentle in spirit" and bought pizza weekly for children at the Dalworth Recreation Center in his childhood neighborhood.

Castaneda was the father of an 11-year-old special needs son.

The father wrote about his son in 2015 online to raise funds for the child's medical care.

He described his son as "trapped inside a body that is unable to communicate with the outside world."

Dye pointed to Castaneda's fatherly devotion as one of the man's many positive attributes.

Chakery learned this when he met Castaneda just moments after he saved that infant last September.

"He was working every hour he could to provide for that child," Chakery said.

"Every person who has a child can understand that."

There will be a candlelight vigil at Grand Prairie police headquarters on Arkansas Lane Sunday at 8:30 p.m., officials said.

The department had only two on-duty deaths before Castaneda's: Sgt. Greg Hunter on June 18, 2004 and Officer Lyndon King on March 1, 1982.

The Grand Prairie Police Benevolent Association has set up an official donation page for Castaneda's family.

Guardian Guns will also be holding a gun raffle soon and the benefits will be going to Castaneda's loved ones. 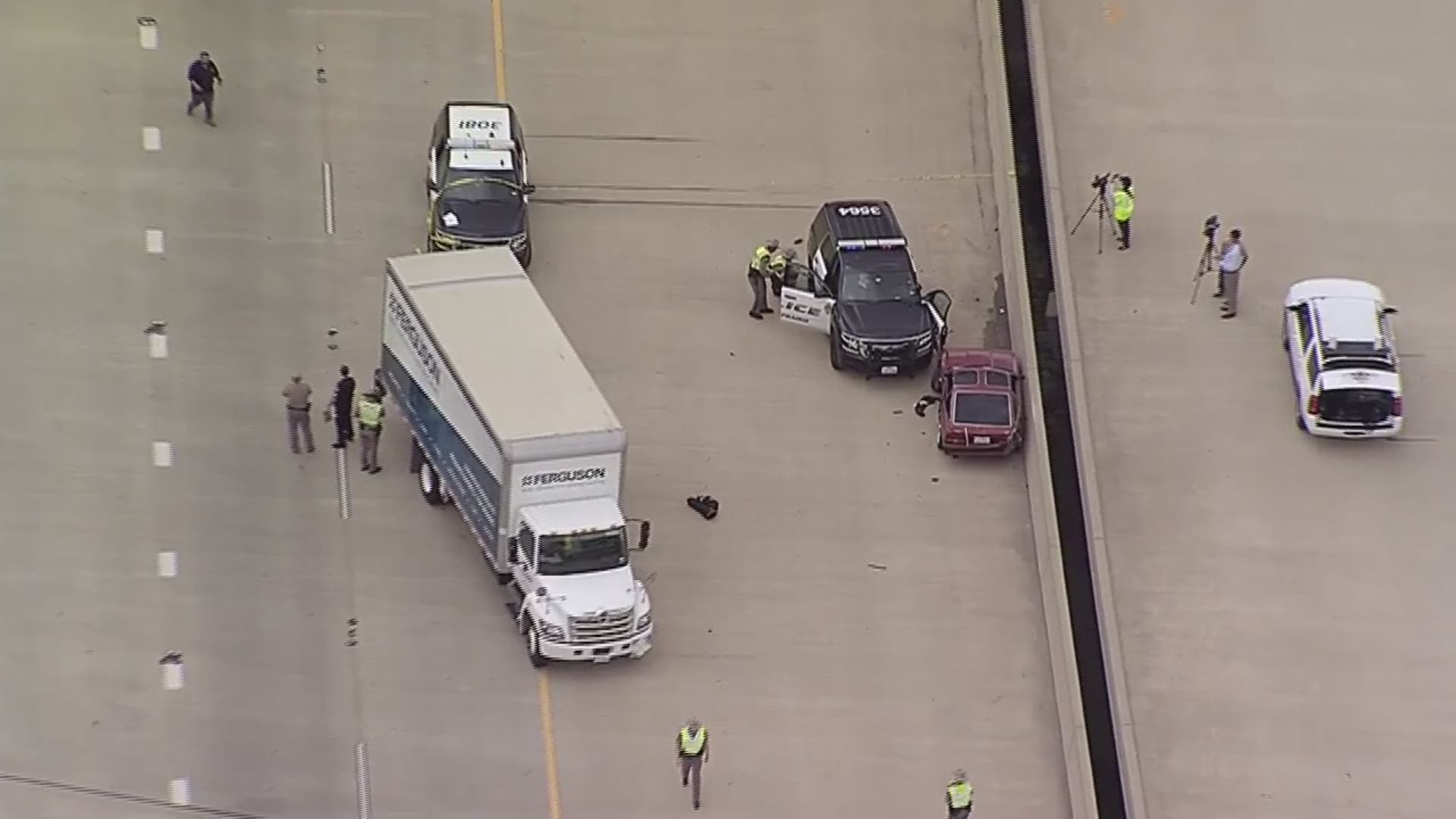