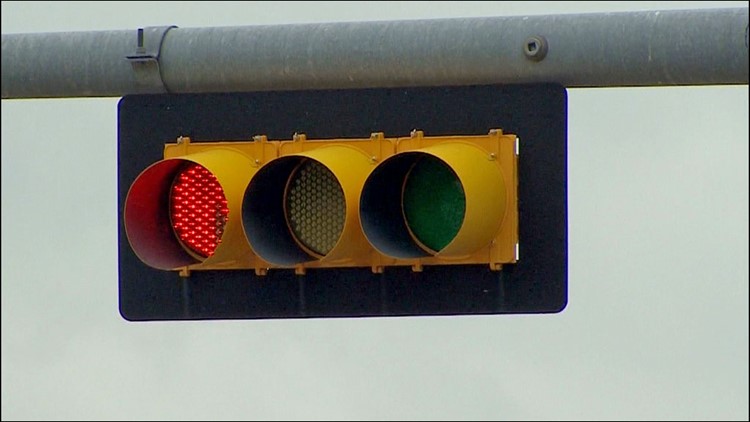 Photo by: WFAA
The Arlington City Council planned a vote May 27, 2014 on whether to block vehicle registration renewals for motorists who fail to pay red light camera tickets.

Intersections with red light cameras ‘likely to be among most dangerous,’ study says

True, fewer motorists may blow through red lights, cutting down on T-bone type accidents. But the trade-off is that there are more rear-end collisions as drivers slam on their brakes to avoid going into the intersection and are hit by vehicles from behind.

“We find that the cameras changed the (angle) of accidents, but (there is) no evidence of a reduction in total accidents or injuries,” according to a recent report by researchers at Case Western Reserve University in Ohio who reviewed Texas traffic data.

Red light cameras, used in nearly two dozen states, are a hot button issue in Texas, where communities such as Arlington have successfully worked to turn the cameras off.

A similar effort in Fort Worth died earlier this year when organizers of the effort couldn’t get enough signatures to put the issue on the ballot in November.

The review showed that red light cameras actually cause traffic patterns to change.

“Some drivers who typically ran a red light before a camera program will choose to stop at the intersection and, in turn, fewer vehicles will be in the intersection when the cross-road light turns green,” according to the study led by Justin Gallagher, an economics professor as Case Western Reserve University. “At the same time, electronic monitoring is likely to increase other types of accidents.”

Because of that, researchers note that “intersections with cameras are likely to be among the most dangerous intersections.”