31 years to build 1.7 miles: The story behind DFW's most congested freeway

If you think Woodall Rodgers is frustrating to drive, you should've tried building it. 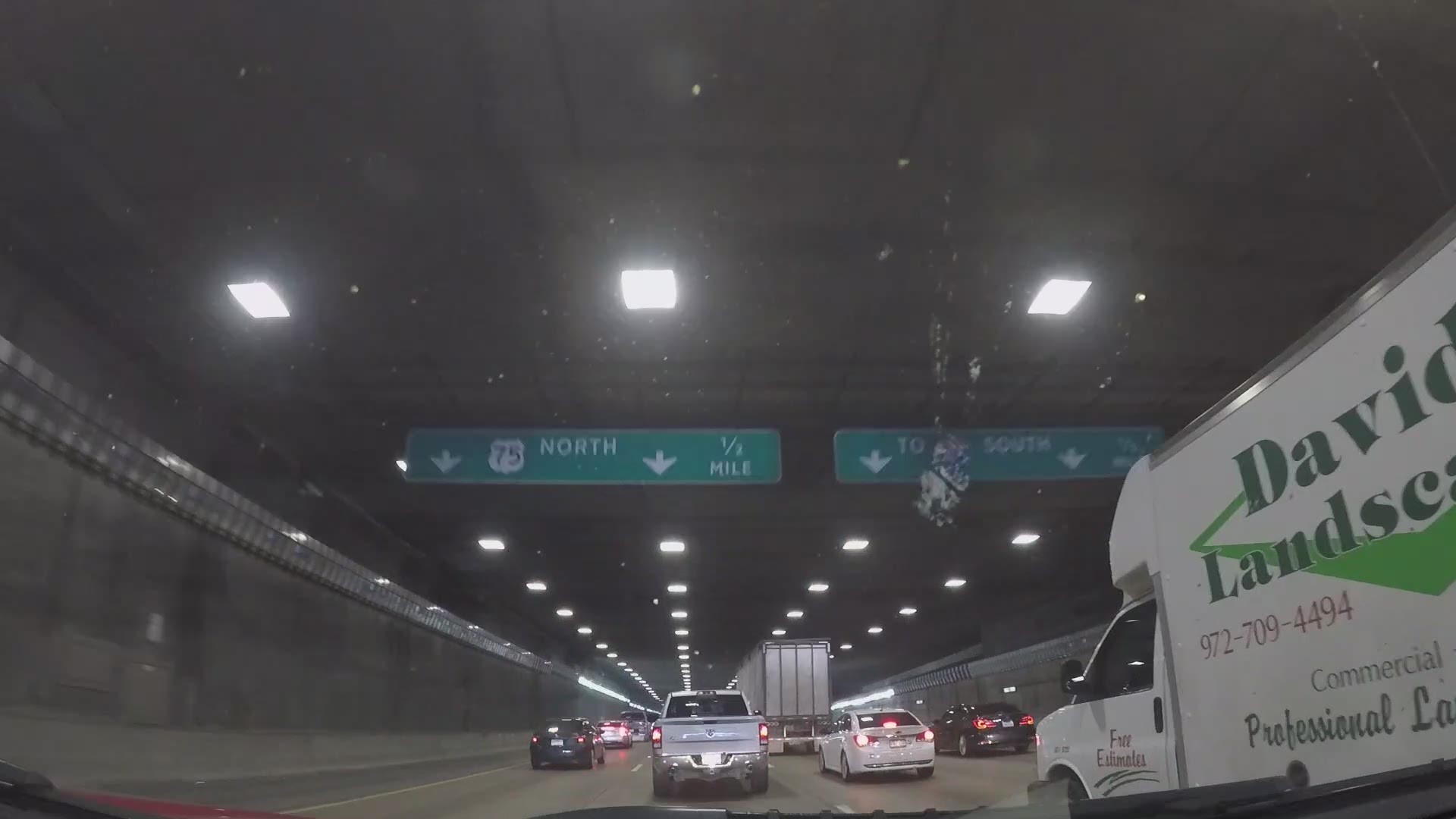 It's the most jam-packed stretch of road in North Texas, a roughly two-mile speedway pulsing through the heart of downtown Dallas, connecting Interstate 35 with North Central Expressway and Interstate 45.

But if you think driving Woodall Rodgers Freeway is frustrating, you should've tried building it.

The initial proposal to the freeway's opening took 31 years, spanning 1952 to 1983. Costs, re-designs and right-of-way hurdles led to one delay after another, according to DFW Freeways, an all-encompassing history of North Texas' maze of highways.

The delay-filled history of Woodall Rodgers – now the most congested road in Dallas – was brought up recently when the SMU Jones Film Collection posted two archived WFAA stories about the highway's construction.

So let's go back to July 1969, more than a decade and a half after the idea for Woodall Rodgers was first proposed.

"Building a freeway from the Stemmons Expressway just north of the downtown area to North Central Expressway, doesn't really seem like that big of a job," WFAA's Doug Terry reported. "In fact, it has been one of the biggest freeway jobs ever in the history of Dallas."

Terry called Woodall Rodgers, named after a former Dallas mayor, the "most problem-plagued freeway" Dallas had ever seen. Citing city officials, he said the freeway wouldn't open for another three years.

(Sidenote: The aerial footage in Terry's report, likely taken from the top of a downtown building, is very interesting. It shows where the highway would be laid, but also shows the stark contrast to where Klyde Warren Park, Uptown and the rest of the development that now sits along the freeway corridor.)

Terry ended the report standing atop a half-finished section of the freeway.

"Dallas city and county officials say the Woodall Rodgers project is no longer up in the air," Terry reported. "Work is progressing, things are being done. And it will be completed they say. However, they caution the traffic-harried motorist not to expect anything overnight."

Flash forward five years to 1974. A new WFAA report shows a half-finished section of freeway, maybe the same one Terry stood atop in 1969.

"The Woodall Rodgers Freeway has gone by the wayside," reporter Bob Sirkin said, explaining how the right-of-way costs and design changes had led to the delays.

"On a mile-by-mile basis, it would rank as most difficult in North Texas," Oscar Slotboom, author of DFW Freeways, said of the Woodall Rodgers construction.

It wasn't the most controversial – Slotboom gives that honor to the Bush Turnpike, which faced public opposition and lawsuits and took nearly 50 years to complete.

Woodall Rodgers' issues mostly centered on the costs and the designs. As Slotboom detailed in his book, the initial design called for an elevated freeway. But the city – which had agreed to cover right-of-way costs, leaving the construction bill to the Texas Department of Transportation – wanted a sunken design.

The city and the state went back and forth for much of the 1960s, finally settling on the sunken design in 1971. (The sunken section of the highway would later be converted into a tunnel when Klyde Warren Park was completed in 2012)

But by the time the city had obtained the right-of-way needed for the highway, TxDot ran out of funding for the project, according to Slotboom.

During all of this, the stretch of would-be freeway from I-35 to North Central Expressway sat mostly empty, as you could see in the WFAA report from 1969. In the report from 1974, Sirkin reported that the construction, if funds come through, would get underway by January of the following year.

"But Woodall Rodgers has been kicked around for 16 years now," Sirkin noted with skepticism, "and there are still no guarantees this 1.7-mile project won't run into more dead ends."

Woodall Rodgers during construction in 1974.