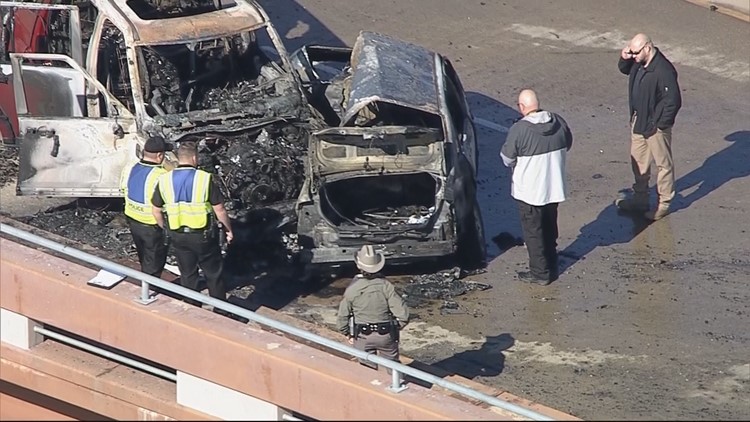 Photo by: WFAA
Two people died and another was injured in a two-car crash near U.S. 80 and Gateway Boulevard in Forney, Texas, on Jan. 20, 2020.

FORNEY, Texas — This story has been updated with the names of the victims and suspect.

Two people died after a vehicle ran a stop sign and struck another vehicle Monday morning an intersection in Forney. Another person was taken to the hospital but is expected to survive, authorities say.

Forney police confirm Margarita Bottello and Yazmin Villagomez Martinez died as a result of their injuries.

Both of the victims lived in Kaufman, according to authorities. Their ages were not immediately released.

The collision took place just before 11 a.m. at the intersection of the eastbound U.S. 80 service road and Gateway Boulevard, Forney police said.

A vehicle traveling east on the service road ran the stop sign and crashed into a vehicle going north through the intersection on Gateway Boulevard, according to police.

The intersection reopened around 4:30 p.m. Traffic on U.S. 80 was not impacted.

Anyone with information about the incident is asked to contact the Forney Police Department Criminal Investigations Division at 972-564-7607.