Houston police say the trucker initially survived the incident but died during the attempt to rescue him. 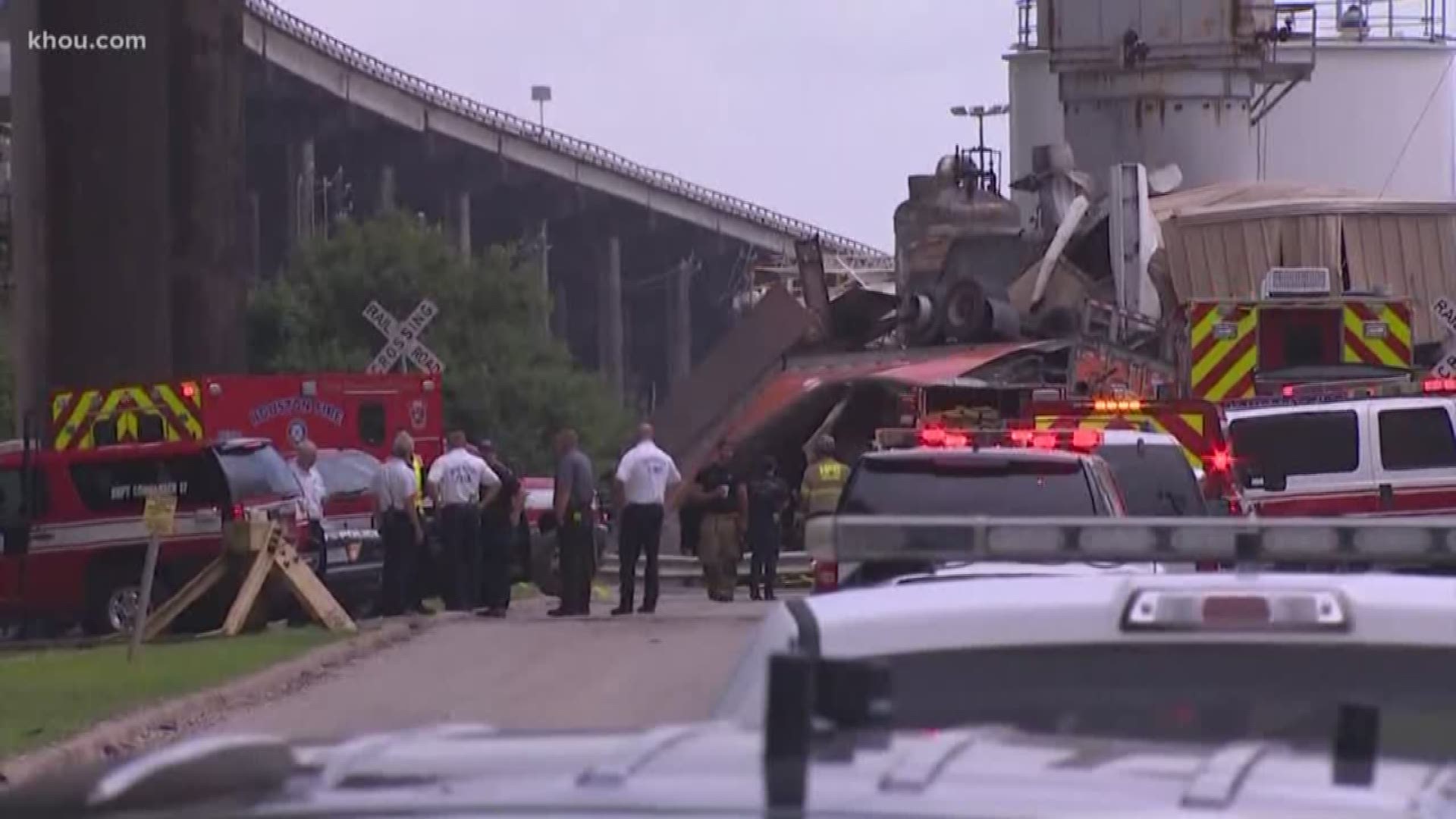 HOUSTON — An 18-wheeler driver was killed when he was cut off by a car and plunged off the 610 ship channel bridge, Houston police said Wednesday.

Houston Police said the driver of a silver Toyota Camry made an unsafe lane change in front of the 18-wheeler, causing the 24-year-old big rig driver to strike the rear right side of the Camry before steering into the bridge's concrete barrier and crashing through, falling upside down on the industrial facility below.

The big rig landed upside down on a chemical manufacturing business below. There were no other injuries reported, however.

The crash happened at 8:23 a.m., according to the Houston Police Department.

The trucker initially survived the fall but was pinned upside down in the wreckage. He died as the rescue attempt was underway, police later said. 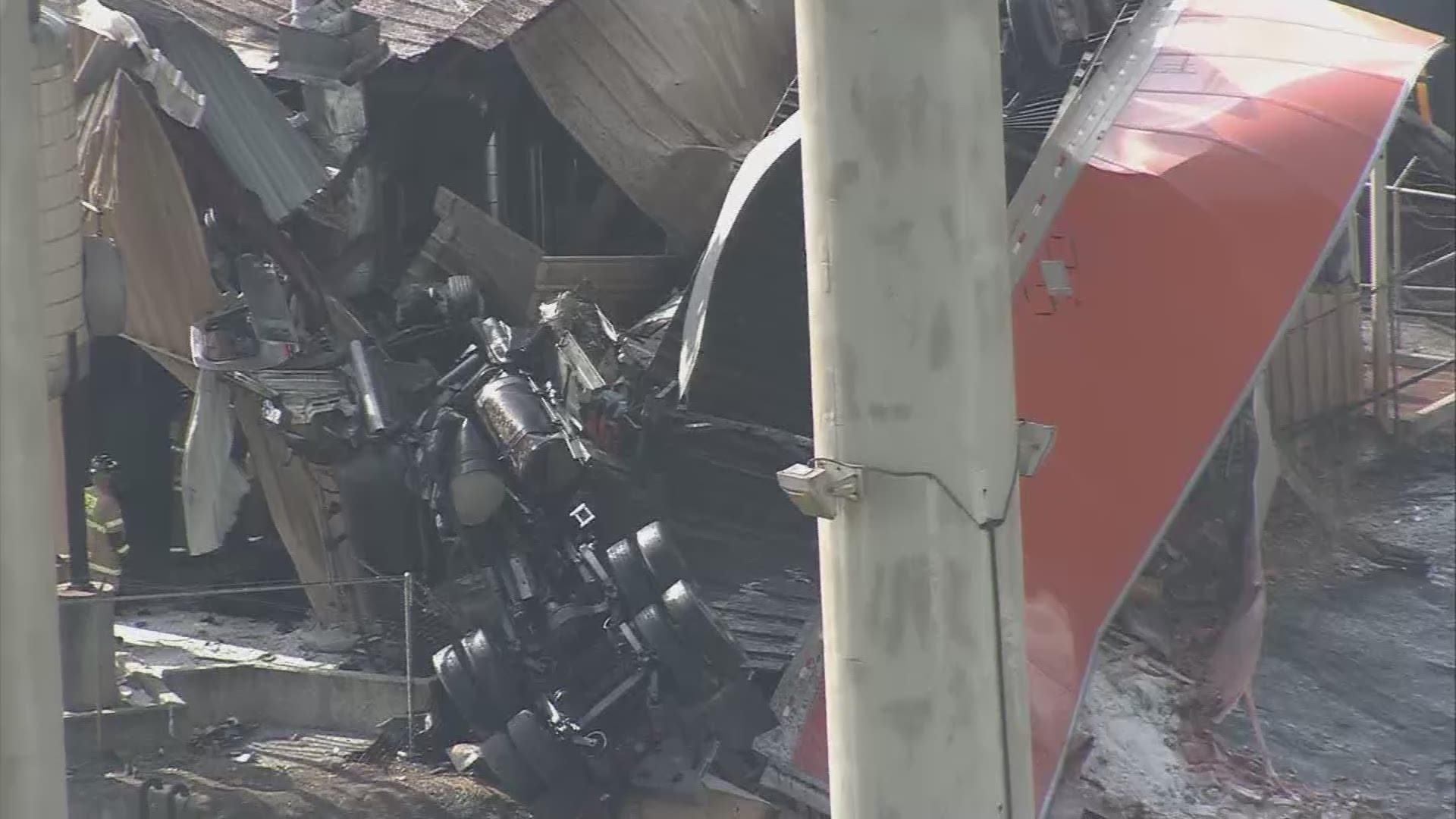 The driver who allegedly caused the incident stayed at the scene, according to police.

Online records show the facility that was struck by the falling big rig is Huntsman International, a chemical manufacturing business that produced polyols. The facility has since halted operations while investigators work to clean up the area.

Police said there were no hazardous chemicals leaked, and there is no danger to the public. The truck was not carrying any toxic substances.

The impact severed a wastewater line at the plant, which likely means sewage from the facility has made its way into the Ship Channel via storm drains, according to a Huntsman statement.

Oil from the truck ran onto Huntsman property, so the company has deployed a boom to prevent it from spreading into the channel, according to our partners with the Houston Business Journal.

Views from Houston TranStar show a section of the bridge's barrier is now missing. TranStar reports the right lane of the bridge and the shoulder are closed to traffic.