You can now reserve your spot to go on a 6-hour voyage into the stratosphere on "Spaceship Neptune." 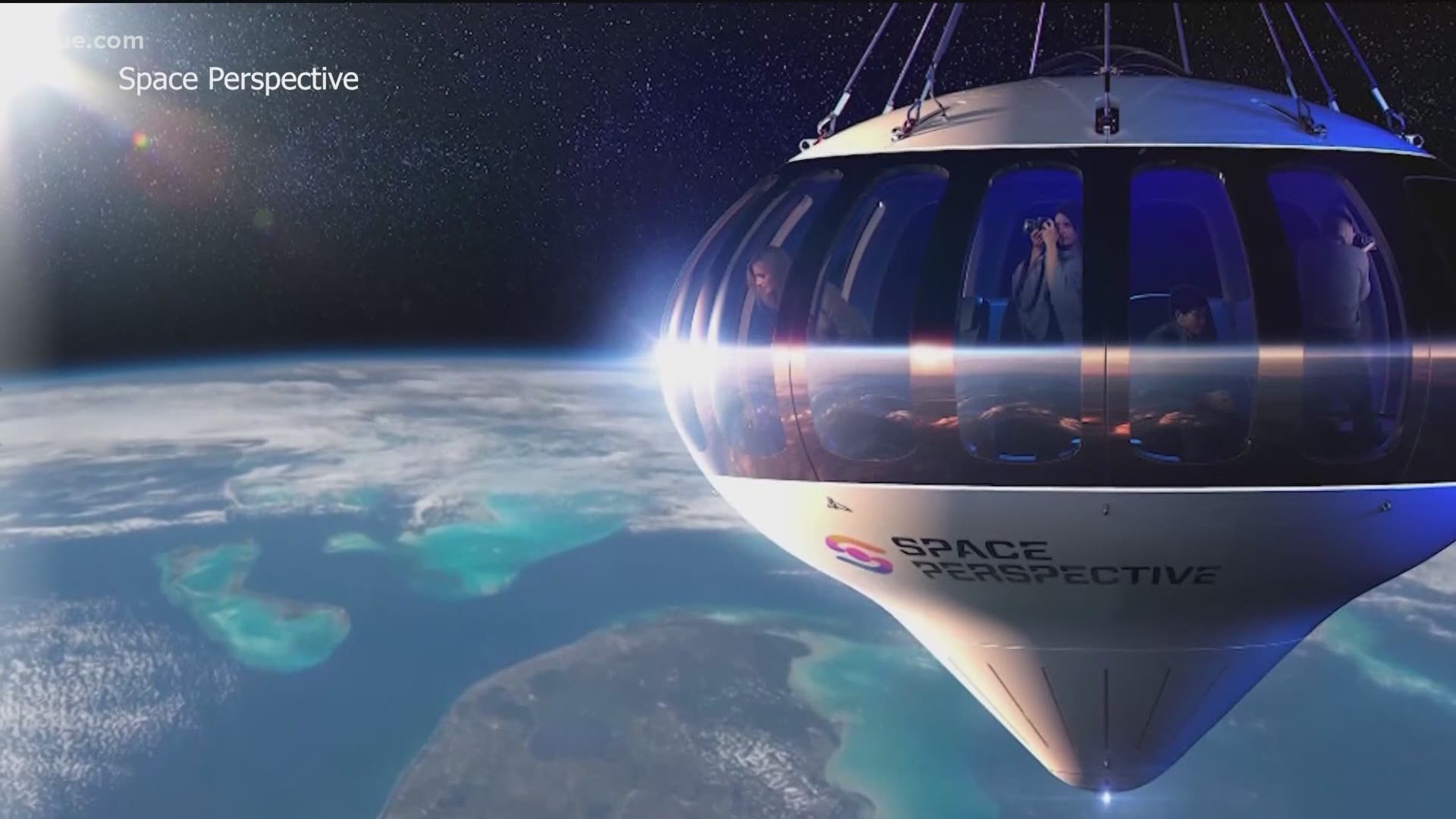 BREVARD COUNTY, Fla. — You're probably familiar with the commercial space flights being planned by companies like SpaceX and Blue Origin, but there's another company that wants to take you to space – and not in a rocket!

The luxury spaceflight company, Space Perspective, will start sending people up into space in 2024 on “Spaceship Neptune.” They had their first uncrewed test flight on June 19 using their "Neptune One Test Vehicle."

The flights will last six hours and you will reach 19 miles above Earth's surface. Patrons will be going at 12 mph, which will allow them to take in all the views!

Two-hundred people have already signed up and registration opened up to the public on June 23.

The company is based at Kennedy Space Center. KVUE had the chance to talk to the leaders of Space Perspective, who said this is just the start of regular people getting to venture up into space.

"We've designed this vehicle so that it really is as easy to get on as an airplane,” said Jane Poynter, co-CEO of Space Perspective. “So we don't think space is ever going to become normal, per se, because it's such an incredible experience, but we do want it to become a routine operation that people do regularly."

It all sounds great, but you may need to brace yourself for the price! Tickets are going for $125,000 per person. The spaceship holds eight passengers and a pilot. They plan to do 25 flights the first year, and then 50 the year after that.

“Florida is certainly going to be the base of operations to begin with, but then scaling around the world,” said Taber MacCullum, another co-CEO. “But we're working with Alaska to do flights where people can see the northern lights during the flight, talking to Hawaii, talking to folks in Asia. There are going to be some amazing flight opportunities around the world.”

The CEOs said this is a very safe way to explore space and that NASA has been using space balloons for years. For more information and to reserve your seat on a trip into the stratosphere, go to Space Perspective’s website.

'You're going to get caught.' Austin mass shooting victim's brother reacts to search for new suspect