The moon is the proving ground. Mars is the destination," Jim Bridenstine said of the 2024 target to put men and women on the lunar surface. 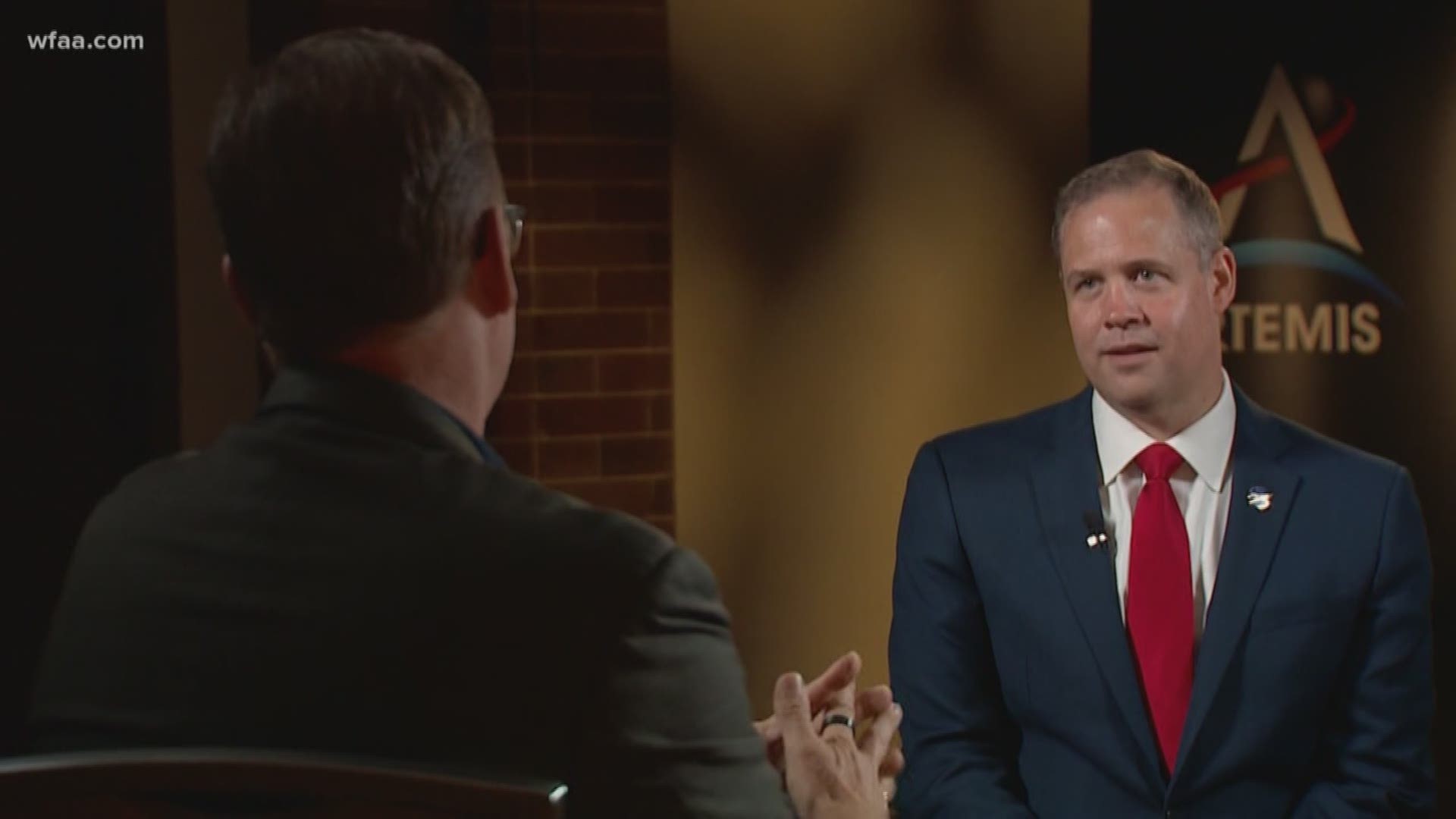 DALLAS — His initial appointment to the top job at NASA was controversial: the first member of Congress to hold a job normally held by career scientists and former astronauts. But on a swing through Dallas, Jim Bridenstine says he has bi-partisan support for the science-driven march to get men and women to the moon by 2024.

Bridenstine, a former Naval aviator who served three terms in the U.S. House of Representatives for the state of Oklahoma, was appointed NASA Administrator by President Trump in April of 2018.

The one-time Dallas-area resident and graduate of Arlington Martin High School and Rice University is by his own admission, NASA's number one salesman.

When asked if during his career in the Navy, if he would have ever imagined that at the age of 44 he would be the man leading NASA and its $21 billion budget he responded, "Never. I never would have guessed it."

"I will tell you this is the best job I've ever had. I am so grateful for it."

On Friday, Bridenstine was a guest of the Institute for Policy Innovation, an Irving-based free market policy think tank. The NASA Administrator was invited to talk about the future of American space exploration as part of the IPI Sumners Distinguished Lecture Series.

"We have to learn how to live and work on another world for two years. The moon is the proving ground. Mars is the destination," he said of NASA's Artemis program.

The program is on track in a series of three missions to put men and women on the moon in the next five years.

NASA's plan is to use the ice and water discoveries at the lunar south pole as resources for both human survival and an element of propulsion fuel on eventual missions to Mars.

NASA's Orion capsule is the centerpiece of the effort. Astronauts in Orion will dock with the Gateway, a platform to be placed in lunar orbit, from which astronauts will launch expeditions to the lunar surface.

NASA, in a re-direction of the agency's mission in the years after the end of the Space Shuttle program, has been able to focus on the Artemis project while commercial partners like Space X have helped supply the International Space Station. Commercial collaborations that will continue to the moon and beyond.

"And the President has been very clear," Bridenstine told WFAA. "We're going to launch American astronauts from American soil on American rockets. We're going to be preeminent in space and NASA is going to lead that effort."

In Greek mythology Artemis is the twin sister of Apollo. She is also the goddess of the Moon.

Bridenstine says the choice of Artemis as the mission moniker is part of the promise that the future of space isn't just limited to male test pilots.

"I think it's a wonderful story. And I can tell you members of Congress on both sides are interested in seeing all of America walk on the moon."

A return to the moon now t-minutes 5 years and counting. 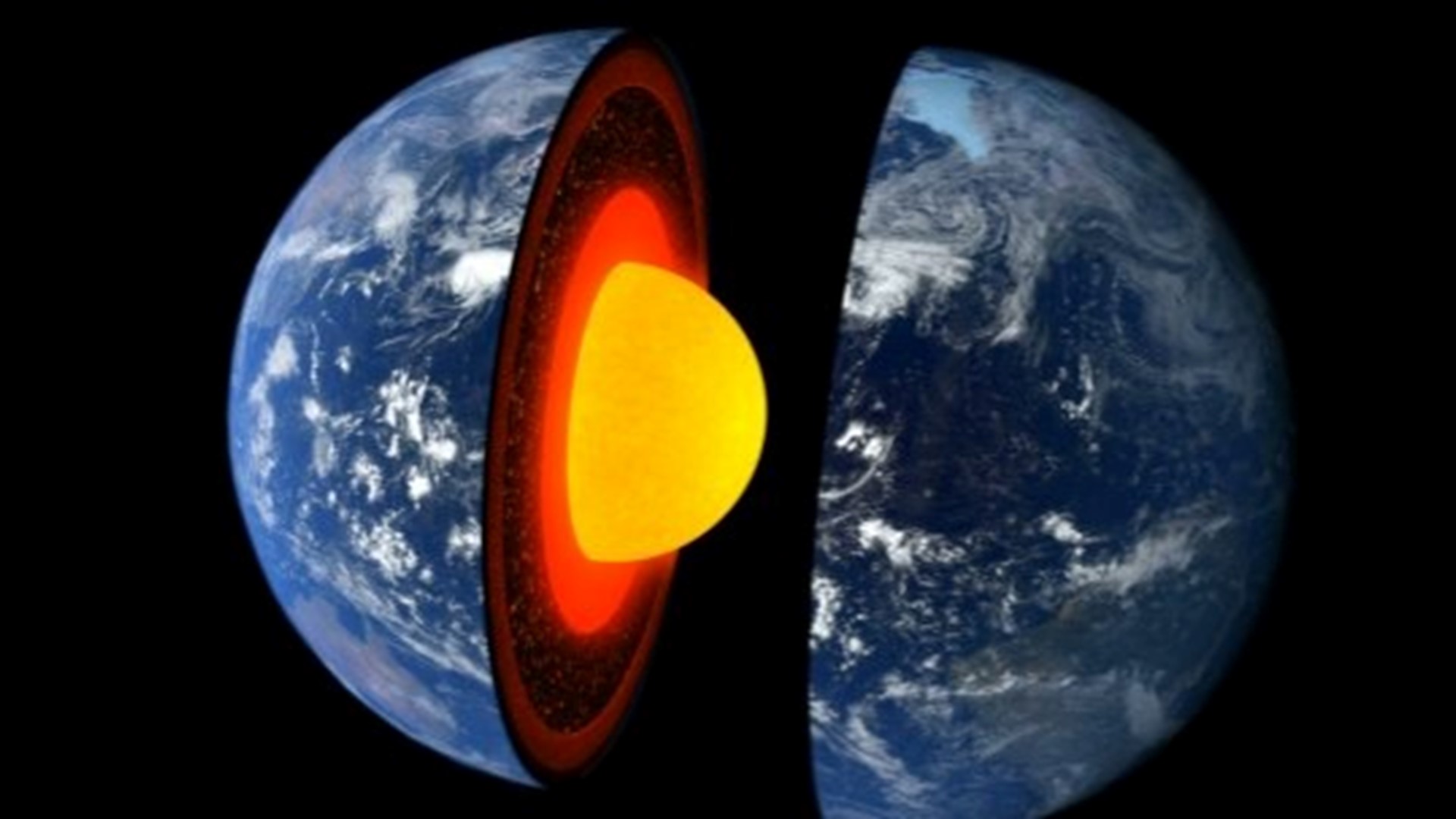 Cooling Down Earth's Core: What Would Happen if This Started to Become a Reality?