“The first buy of property was like 100,000 acres on the east side of Highway 54,” Gilda Morales said. “No one had any idea of the impact it would have on the town." 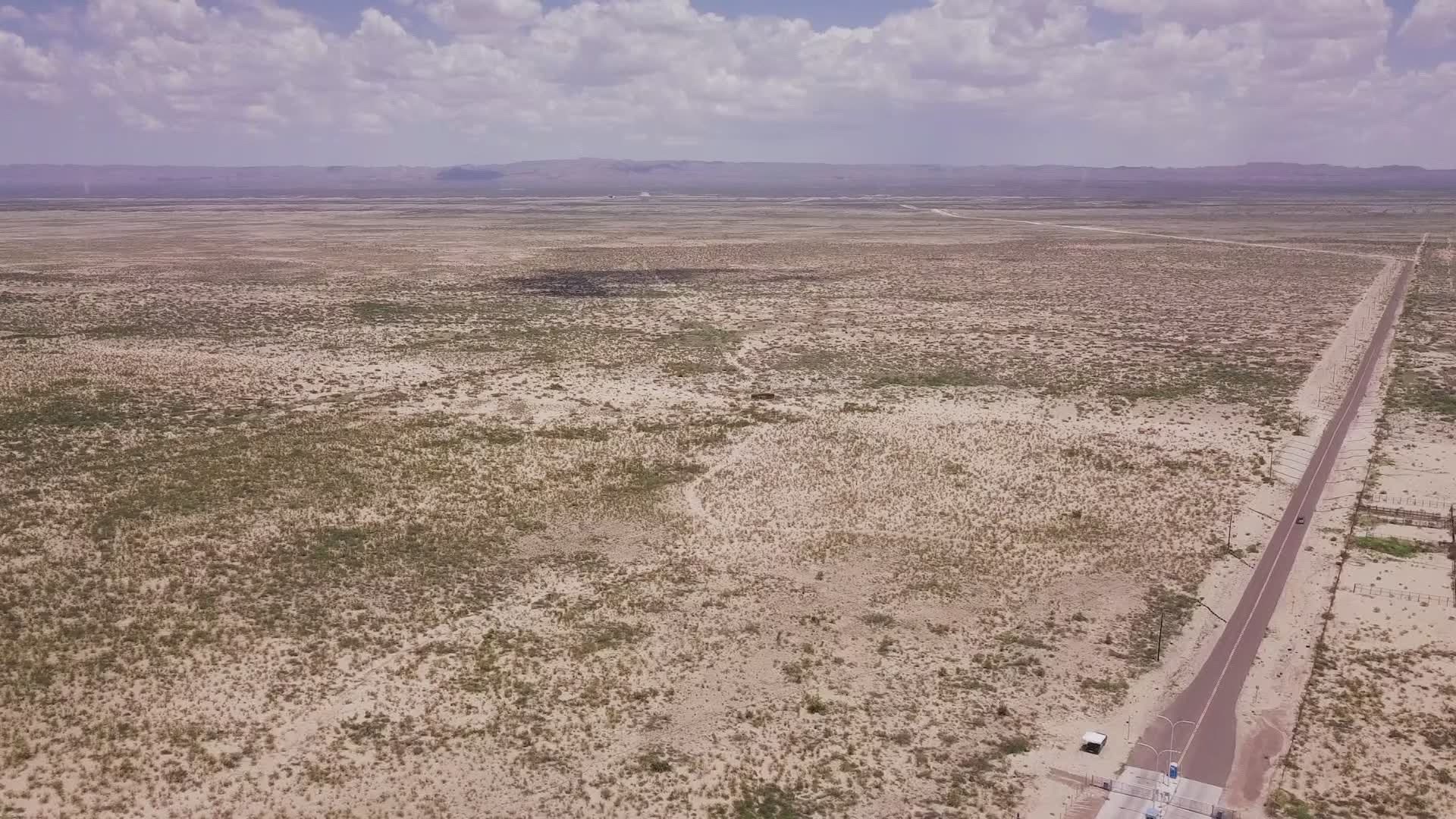 “It’s a place to get your tires repaired,” Willie Simmons said. “The hot desert road is hard on tires.”

Morales lives in Van Horn and is also the editor for The Van Horn Advocate, the local paper. In 2005, Bezos and his company Blue Origin gave the paper the exclusive story announcing his plans to build a space site near town.

“Who gets exclusives to Bezos now? No one,” Morales said. “We thought, OK, he’s going to be sending satellites up commercially, that type of thing, like everybody was doing at the time, but I don’t think anybody knew that this was his primary goal for commercial space travel.”

“The first buy of property was like 100,000 acres on the east side of Highway 54,” Morales said. “No one had any idea of the impact it would have on the town or really what he was doing.”

Now, 16 years later, Bezos is headed to space alongside 82-year-old Wally Funk from Grapevine. The flight instructor and pilot is set to become the oldest person to ever go to space. An 18-year-old and Bezos' brother will also be on board.

RELATED: She could've been the first woman in space; 60 years later, she's about to go

The former Amazon CEO will be the latest billionaire trying this out. In early July, billionaire Richard Branson took off in a space plane and traveled more than 50 miles. Bezos will be in a rocket and hopes to go further, passing the Kármán line, which is what many consider the edge of space – more than 60 miles above sea level.

RELATED: Billionaire Richard Branson reaches space in his own ship

Marco Caceres is a space analyst near Washington, D.C.

“This is about the normalization of space flight,” Caceres said. “The ultimate goal of Mr. Bezos is to go to orbit and to launch satellites, to launch people, perhaps to the space station, like SpaceX is currently doing and eventually to go even further, perhaps to match Elon Musk’s goal to Mars.”

And to think it will all start near a small town in Texas, ready for take-off.

“We are now not just a stopover point but a destination,” Morales said. “Van Horn’s going to be known from now on.”

Bezos and the crew from Blue Origin are expected to take off in his rocket, New Shepard, around 8 a.m. CDT Tuesday.

You can watch a livestream of the flight on blueorigin.com beginning at 6:30 a.m. Following the launch, the team will also broadcast a live press conference with the crew. WFAA will be in Van Horn and will have coverage starting on Daybreak.