Dennis Muilenburg testified Tuesday before a Senate committee. He is scheduled to testify again on Wednesday before a House panel. 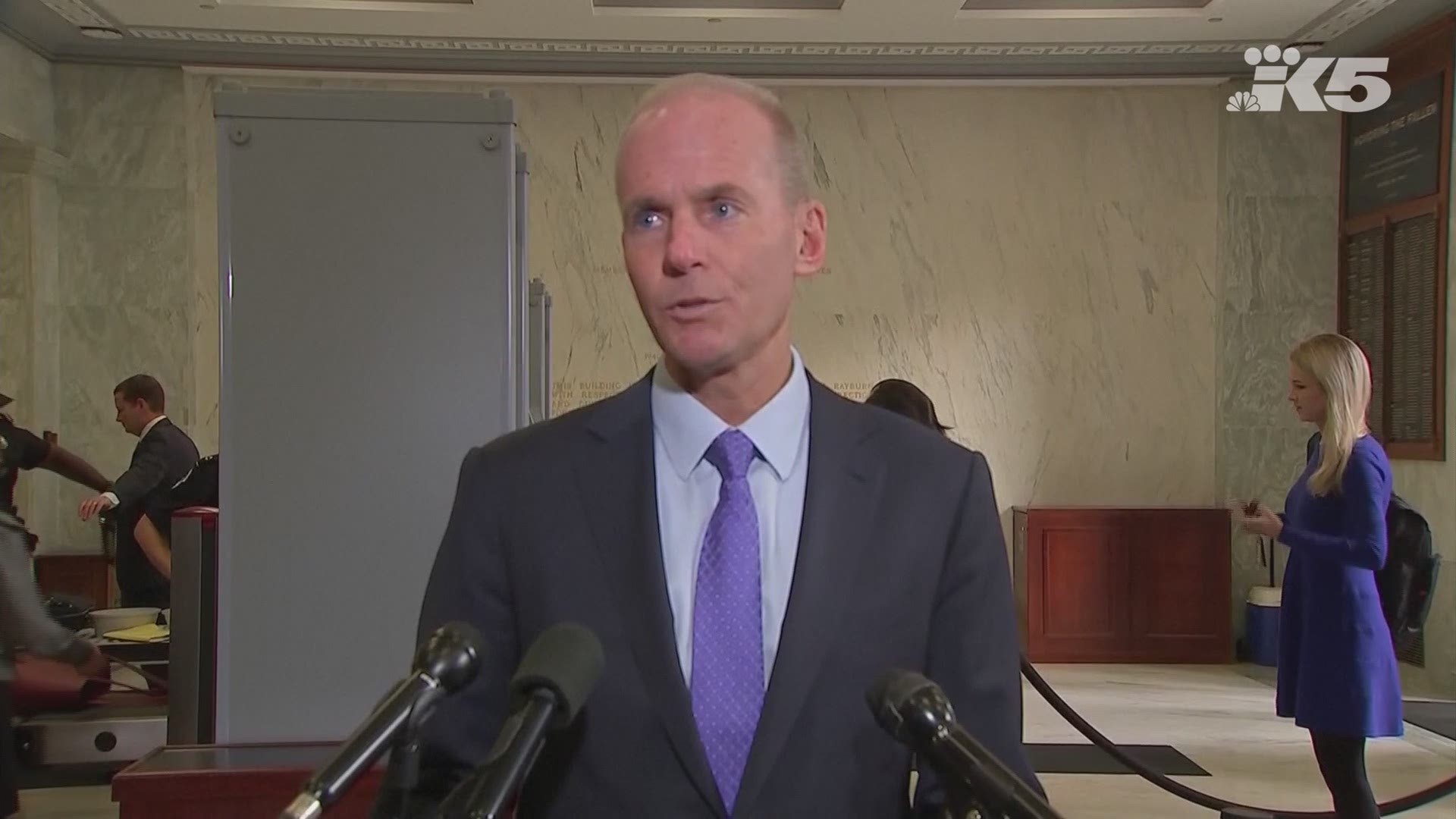 Boeing CEO Dennis Muilenburg faced tough questioning from senators on Tuesday about two crashes of 737 Max jets and whether the company concealed information about a critical flight system from regulators.

"We have made mistakes, and we got some things wrong," Muilenburg said.

Muilenburg will face a House panel on Wednesday for similar questioning.

Some members of the Senate Commerce Committee clashed with Muilenburg, cutting him off when they believed he was failing to answer their questions about a key flight-control system implicated in both crashes.

Boeing successfully lobbied regulators to keep any explanation of the system, called MCAS, from pilot manuals and training. After the crashes, the company tried to blame the pilots, said Sen. Richard Blumenthal, D-Conn.

"Those pilots never had a chance," Blumenthal said. Passengers "never had a chance. They were in flying coffins as a result of Boeing deciding that it was going to conceal MCAS from the pilots."

Sen. Tammy Duckworth, D-Il., said Boeing "set those pilots up for failure" by not telling them how the response to a nose-down command on the Max differed from the previous 737s.

"Boeing has not told the whole truth to this committee and to the families and to the people looking at this... and these families are suffering because of it," a visibly angry Duckworth said as she pointed to relatives of passengers who died.

Muilenburg denied that Boeing ever blamed the pilots.

Several times this spring and summer he said the accidents were caused by a "chain of events," not a single factor. The comments were widely seen as deflecting blame, including towards the pilots.

The CEO told senators Tuesday that Boeing has always trained pilots to respond to the same effect caused by an MCAS failure — a condition called runaway trim — which can be caused by other problems.

Muilenburg and Boeing's chief engineer for commercial airplanes, John Hamilton, spent about 80 minutes at the witness table. The committee then heard from two safety officials who helped shape reports about the Boeing plane. 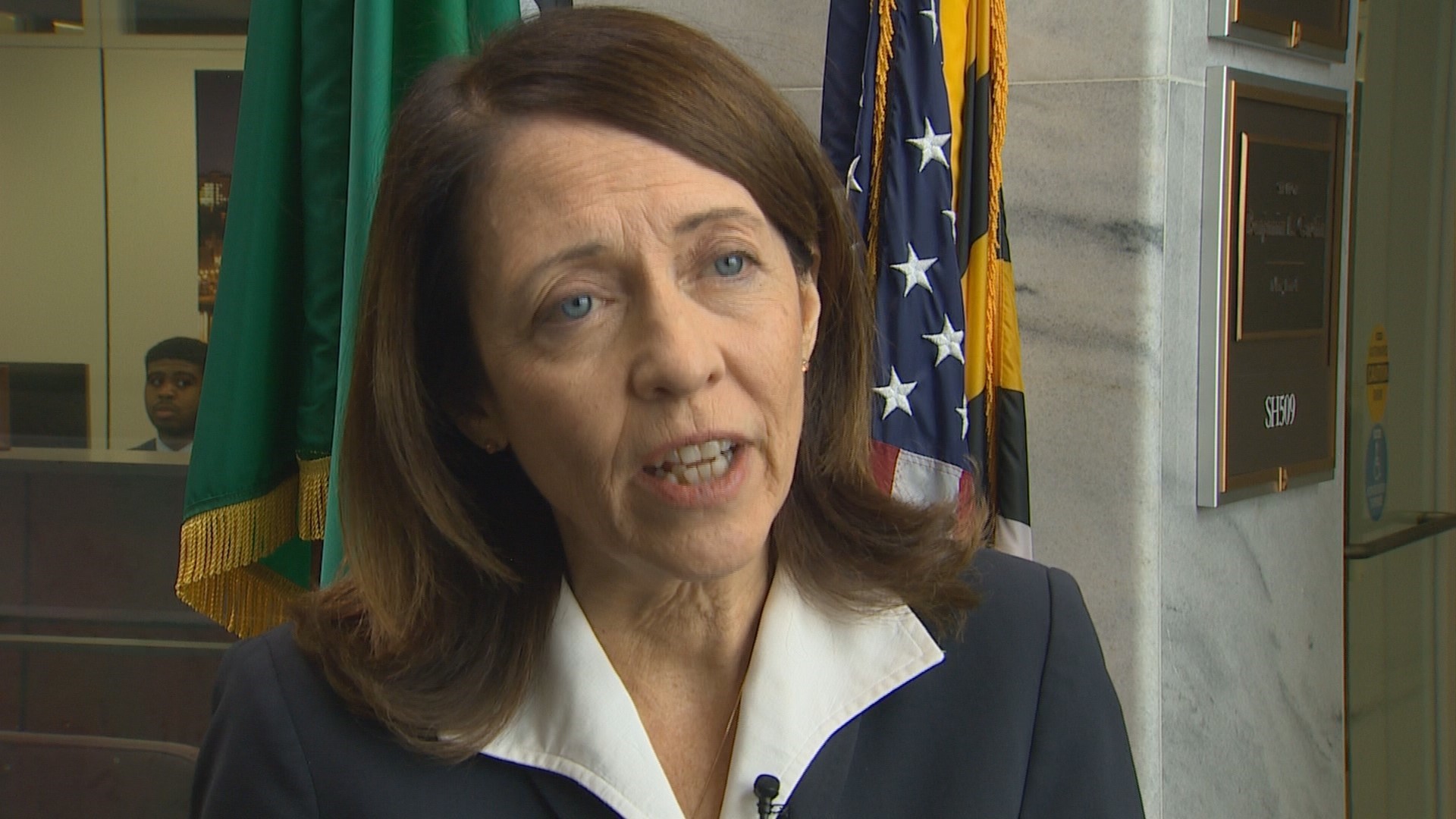 The hearing took place exactly one year after a 737 Max crashed off the coast of Indonesia and more than seven months after a second crash in Ethiopia. In all, 346 people died. Muilenburg's testimony was the first by a Boeing executive since the crashes.

Indonesian investigators say Boeing's design of MCAS contributed to the crash of a Lion Air Max last October. Ethiopian authorities are continuing to investigate the second crash, involving a plane flown by Ethiopian Airlines, which led to a worldwide grounding of the plane.

"Both of these accidents were entirely preventable," said Committee Chairman Roger Wicker, R-Miss.

More than a dozen relatives of passengers who died in the accidents attended the hearing. Wicker invited them to stand and hold up large photos of their relatives, which they had carried into the room. Muilenburg turned in his seat to look at them.

In Indonesia, the CEO of Lion Air vowed Tuesday to follow recommendations from a probe into the disaster. Relatives of victims scattered flowers on waters where the aircraft went down a year ago.

Muilenburg told senators that Boeing is in the final stages of updating flight software to improve safety by adding redundancy — tying MCAS to a second sensor and second computer at all times, and making the system's ability to push a plane's nose down less powerful.

Chicago-based Boeing hopes to win Federal Aviation Administration approval by year-end to return the plane to fly. The FAA is also coming under scrutiny for relying on Boeing employees to perform some certification tests and inspections. It's an approach FAA has followed for many years.

"We need to know if Boeing and the FAA rushed to certify the Max," Wicker said.

The committee didn't get an answer to that question. Sen. Jon Tester, D-Mont., indicated he won't wait for one, accusing Boeing of cutting corners on safety.

"I would walk before I was to get on a 737 Max," Tester told Muilenburg. "When issues like this happen, it costs your company huge.

Other senators seized on internal messages and emails from 2016 by a senior Boeing test pilot, who reported "egregious" problems while testing MCAS on a flight simulator and said he "unknowingly" lied to regulators. Boeing turned over the messages to the Justice Department early this year but didn't tell the FAA or Congress until this month.

Muilenburg said Boeing hasn't been able to question the test pilot, who now works for Southwest Airlines, "and we're not quite sure" what he meant in the messages. The CEO noted that the man's lawyer said he was describing problems with a simulator, not MCAS itself.

"That could be the case," Muilenburg said. "We don't know."

Sen. Ron Johnson, R-Wis., asked why Boeing didn't ground the plane immediately after the first accident when it knew that MCAS was involved. Why did it take another crash?

"We have asked that question over and over," Muilenburg said. "If we knew everything back then that we know now, we would have made a different decision."

KING 5's Glenn Farley will report from Washington, D.C. this week to cover Muilenburg's testimony before Congress. Follow the latest on the KING 5 app.