Hyperloop could come to North Texas sooner than expected

Virgin is looking to develop a certification site for its high-tech transportation technology somewhere in the U.S. Some in North Texas want it to come here. 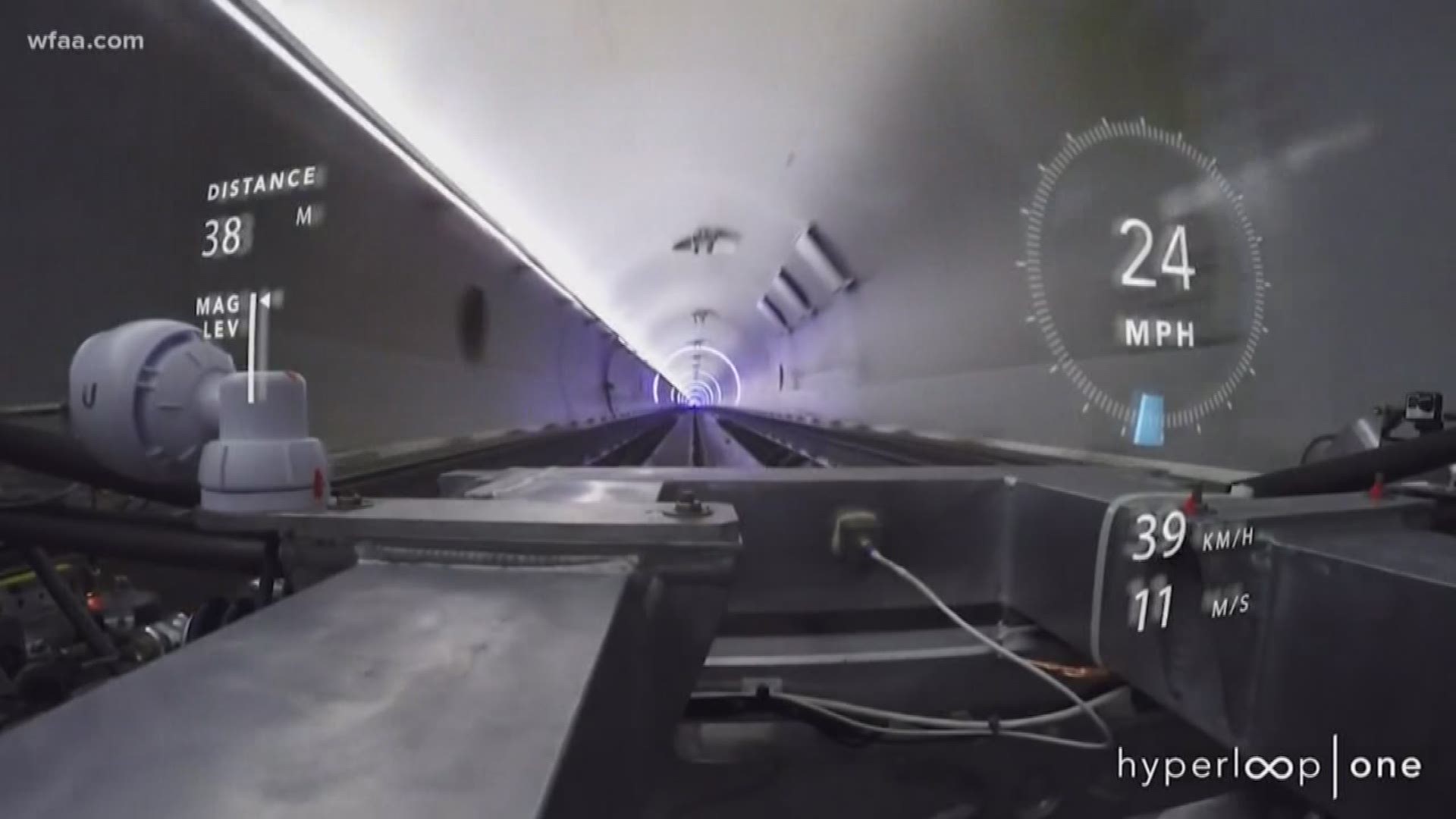 ARLINGTON, Texas — Virgin’s Hyperloop One is eyeing North Texas as a site for a certification facility, according to the Regional Transportation Council.

The electromagnetic tube technology which boasts speeds of 670 miles an hour would take passengers from DFW to Laredo in about 45 minutes.

The company has already completed trial runs in its testing facility in Nevada, but is looking to create a larger certification facility somewhere in the United States.

“We very much would like to be that particular facility,” said Michael Morris, director of transportation. “We are going through a process to see where in our region may be locations.”

Morris presented to the council a report on how the region would respond to the anticipated request for proposals from the company at Thursday’s monthly meeting in Arlington.

Jeff Williams, Arlington's mayor, said with a booming population, he’s excited to see if North Texas is chosen as a site for the facility and the proposed route.

“It’s exciting that Hyperloop has identified North Texas as one of the areas that they are considering doing the first Hyperloop in the United States,” Williams said.

The facility would require a large space to be developed over the next four years.

According to Thursday’s presentation, the certification facility would require the construction of a mile of tube between February 2020 and August 2021 with up to nine miles by November 2023.

RELATED: What should our roads look like in 2050? TxDOT wants your feedback

RELATED: VERIFY: Does Uber charge you more if your battery is low?