Dallas is one of the worst cities for women in tech, study finds

A big reason Dallas ranks as one of the worst cities for women in tech is the gender pay gap. 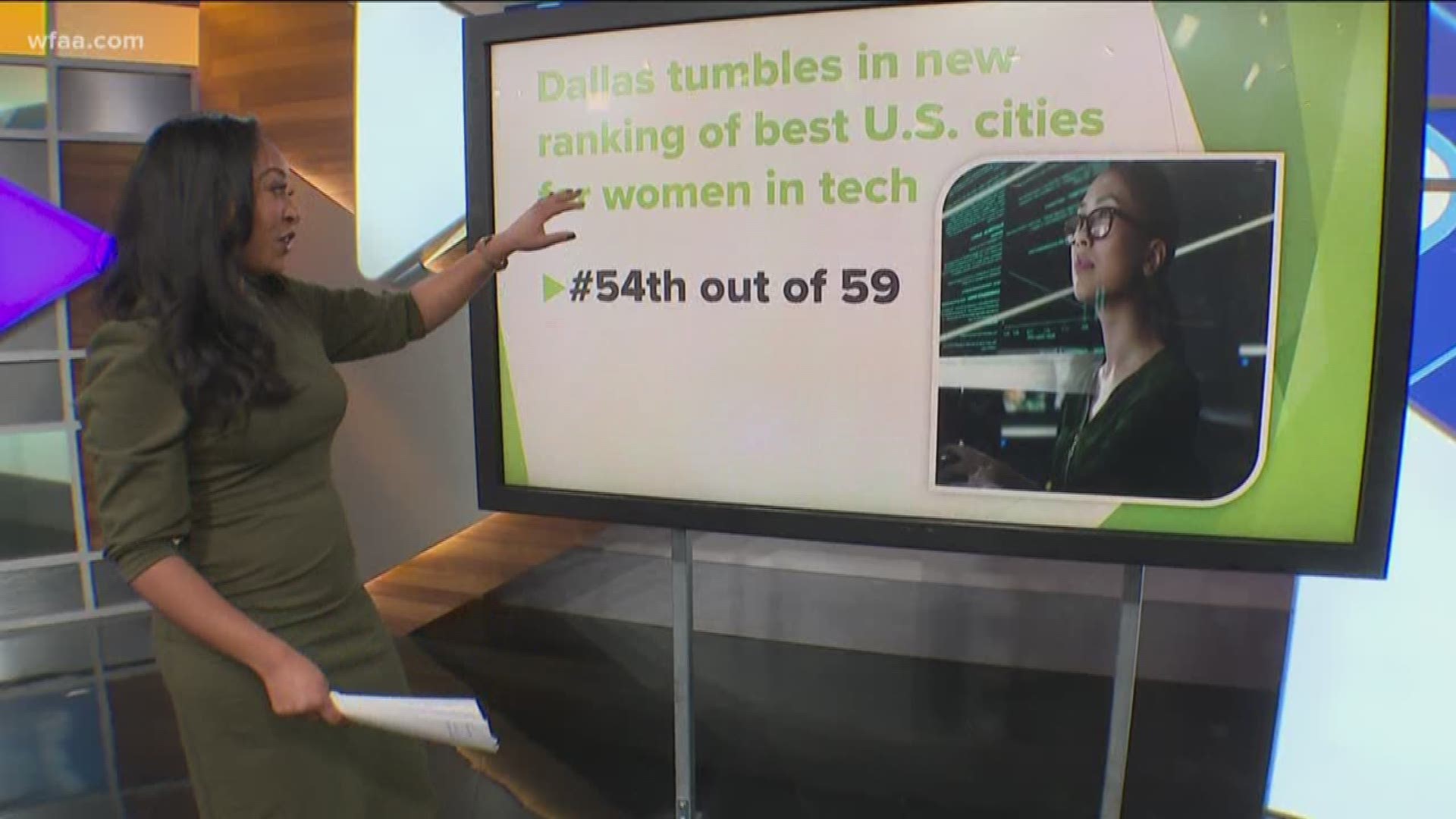 Dallas may have a reputation as a "tech hub," but a new study found it's behind the times when it comes to fair pay for women.

SmartAsset's sixth annual study on the best cities for women in tech was released on Feb. 6, and the news wasn't good for Dallas.

It found the top three cities across the U.S. for women with careers in technology are Baltimore, Washington D.C. and Arlington, Virginia.

Houston also made the top ten.

But Dallas? It's one of the worst for technically savvy-women, ranking 54th out of 59.

And that's three spots further down the list than it was 2019.

Men are paid about 29 percent more than women to do the exact same job in Dallas, according to SmartAsset.

That gender wage gap reflects a national trend in the technology industry.

"In 2015, women working in computer and mathematical occupations were paid about 86.9% of what their male counterparts made," the study found. "This gap has widened over the past five years. In 2018, the national gender pay gap in the tech industry was 83.1%, meaning that women’s earnings relative to men’s decreased by about 3.8%."

And while several big headquarters are located in Dallas, including Texas Instruments, women only fill about 25 percent of technology positions in the city.

Fort Worth is much closer to achieving equal pay between men and women, ranking in at No. 17 on the list.

The gender wage gap in Cowtown is at 92 percent, meaning women make 92 cents on the dollar to their male counterparts.