10 things that happened in 2019 that will warm your heart

There was plenty of good news from 2019: From kids beating cancer to dads doing ballet. 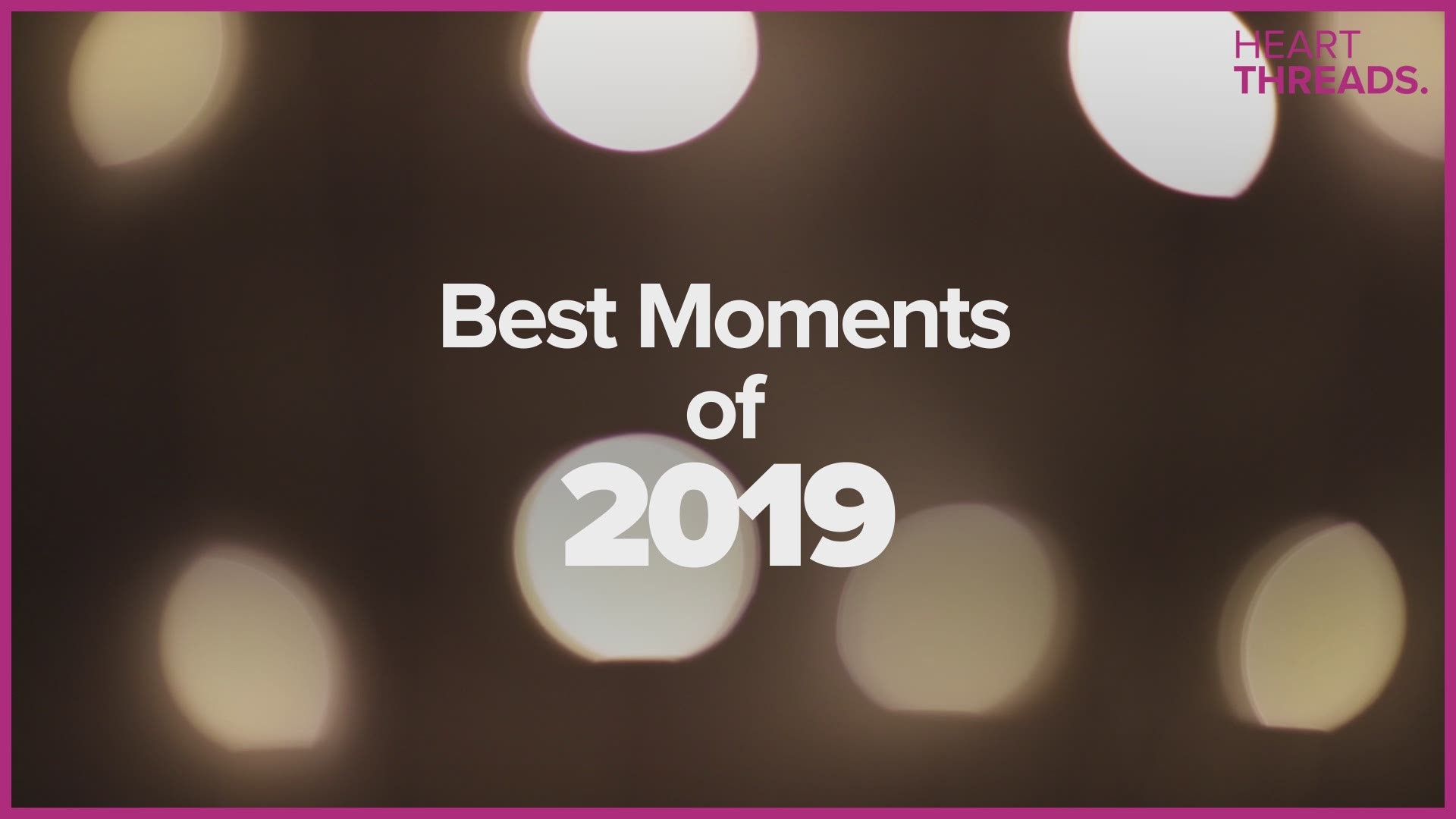 When reflecting on a past year as it reaches its close, it's often the grim headlines that people talk about the most.

Gloomy as that might be, there's always something worth celebrating. No matter what's going on in the world around us, we can always find good people doing kind things for others, and this year was no exception.

Here are some news stories you might have missed from 2019 that are certain to make you smile.

The force is strong with this 4-year-old Stormtrooper, who rang the cancer bell on her last day of cancer treatment. Audrina Hatton-Wright celebrated the end to her treatment for Neuroblastoma in the iconic Star Wars uniform.

RELATED: ‘She feels like a mom’: This school secretary collects food to feed hungry students

Officer Tillman had to leave the school where he worked, but he made sure his sendoff was unforgettable.

3. Kid in wheelchair bounces on trampoline

Just because Wyatt is in a wheelchair doesn't mean he can't bounce on the trampoline! He had some fun at TNT Kid's Fitness & Gymnastics in North Dakota.

RELATED: Woman donates breast milk to NICU babies after losing her own son

U.S. Staff Sergeant Anthony Tillman came from Korea to surprise his daughter Kayla at her high school graduation. The two hadn't seen each other in 10 years.

Woody Belfort, a Canadian bodybuilder with cerebral palsy, wowed his followers on Instagram with this incredible video of him scaling a rock wall from his wheelchair.

Evie Hurst, who was 8 when this video was filmed, was born without eyes and suffers from other medical conditions. During a hospital visit, she started having a panic attack while staff prepared her for a brain scan. A music therapist helped calm her with the song "Scars to Your Beautiful." Evie also loves when her mom films her singing, and the both helped her be brave during the procedure. Her strength inspired thousands online and is a testament to the healing power of music.

Idaho high school football player Jonathan Edwards put his patriotism on display in a unique way. As part of his senior project, he signed "The Star Spangled Banner" in American Sign Language at the beginning of a home game.

These dads stepped outside their comfort zone for a special daddy-daughter dance class in Philadelphia. The founder of the dance studio hopes the class inspires more dads to be involved in their daughters' lives.

9. Baby with Down syndrome gets adopted

This infant with Down syndrome flashes the most irresistible smile after finding a new adoptive family.

10. Military reunion at the NICU

This military dad surprised his wife and new baby in the NICU and brought everyone to tears.