The Washington State sophomore receiver, an Addison native, remains on scholarship for this year, but his future with the program is uncertain. 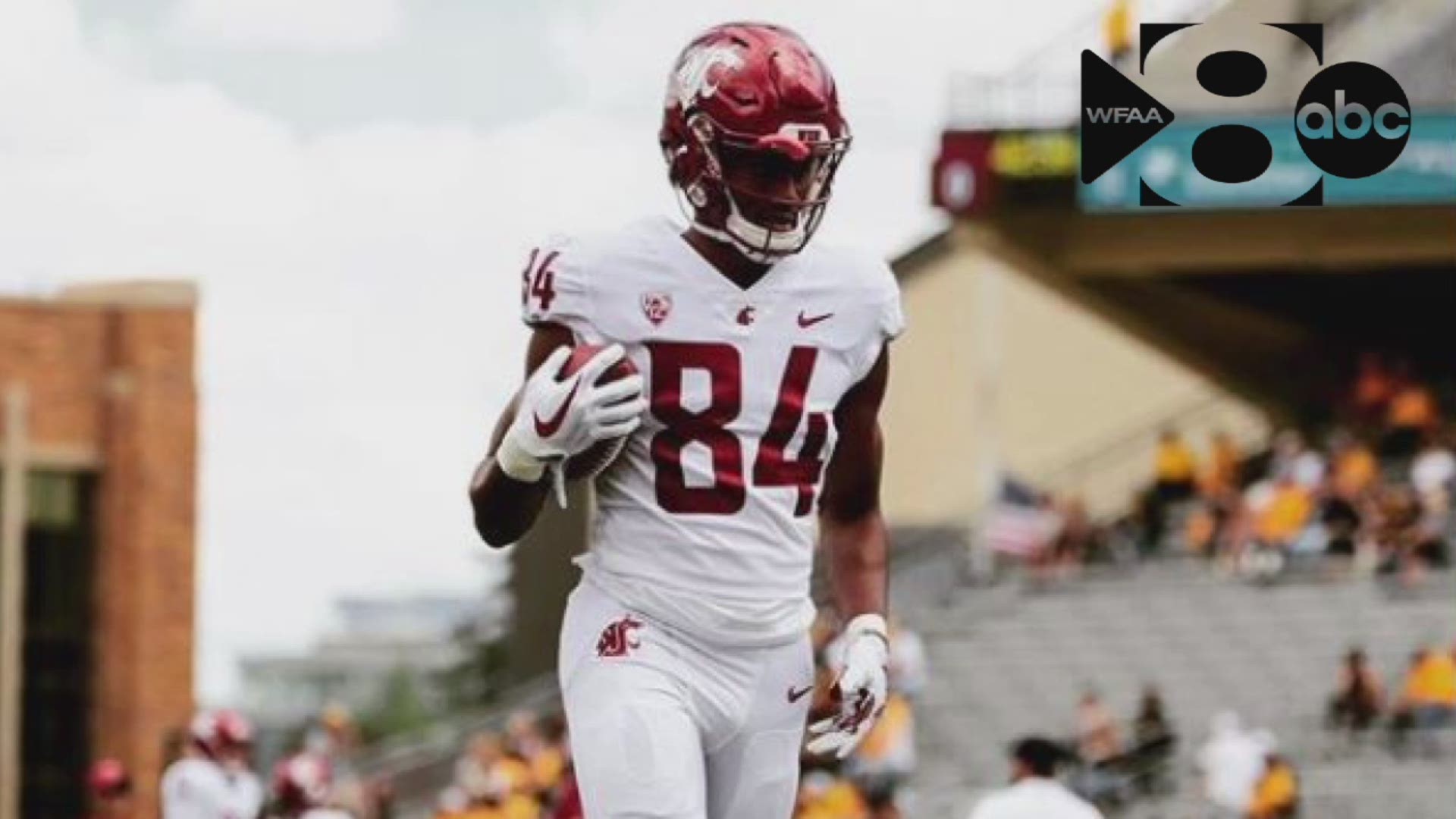 A 5-yard grab against Arizona State on Oct. 12 in 2019 may have been his last in a Cougars uniform.

On Saturday, the Addison native and WSU sophomore receiver informed his head coach Nick Rolovich that he didn't feel comfortable playing this season because of his underlying health condition.

Rolovich had no issue with that and understood Kassidy's stance.

However, Rolovich said he did have an issue with another stance of Kassidy's.

Rolovich asked Kassidy if he is a part of #WeAreUnited, a PAC-12 player-unity movement to promote the health, safety and financial well-being of PAC-12 student athletes, especially Black and minority student-athletes.

The PAC-12 player unity movement includes more than 400 student-athletes — some of them are top NFL prospects like Oregon safety Jevon Holland.

They have a list of demands that includes enhanced safety protocols and paying a percentage of athletic revenue to the student-athletes.

"I'm not the only student-athlete who sends money back home because of the predicament our family is in," explained Kassidy, an Addison, Tex. native and former star at Greenhill High School.

If the demands are not met, they say they will not play.

WFAA obtained the audio of the phone call between Kassidy and Rolovich on Saturday. The coach can be heard directly asking Kassidy about the movement.

Rolovich: "Are you involved with the PAC-12 unity movement?"

Rolovich: "That's going to be an issue if you align with them, as far as future stuff."

"Stuff" implies his scholarship and future with the team, according to Kassidy.

On the phone call, Rolovich told Kassidy he's still on scholarship for this year, but was vague about his future with the program since scholarships are renewed year-to-year.

"There’s two sides here," Rolovich said on the call. "I’m good with sickle cell and COVID, but this group [#WeAreUnited] is going to be at a different level as far as how we’re going to move forward in the future."

“I spoke with Kassidy Woods in a private phone conversation last Saturday afternoon. This was before the #WeAreUnited group had released its letter of concerns. Kassidy informed me he was opting out of this season for health and safety concerns. I wanted to clarify with Kassidy that his decision was based on health and safety and reaffirm our policy related to COVID-19 and the assurance of his scholarship.

Without knowing the concerns of the group, I regret that my words cautioning Kassidy have become construed as opposition. I’m proud of our players and all the Pac-12 student-athletes for using their platform, especially for matters they are passionate about. WSU football student-athletes who have expressed support for the #WeAreUnited group will continue to be welcome to all team-related activities, unless they choose to opt out for health and safety reasons.”

Per Rolovich’s statement, the first-year Washington State coach said he did not know the concerns of the PAC-12 player-unity group.

Kassidy disputes this because he Rolovich met and discussed the #WeAreUnited movement on July 23 -- nearly two weeks ago.

On their phone call Saturday, Rolovich instructed Kassidy to clean out his locker on Monday, since he will not be working out with the team. The coach said he wanted to dedicate the team's resources to those who would be playing the 2020 season.

Kassidy says he was removed from the team's group chat along with Dallas Hobbs and Pat Nunn -- fellow Washington State players and members of the PAC-12 football player-unity movement.

"They say we're amateurs. We're not," Kassidy told WFAA. "Regular students don't have to report to campus, but we do? That shows we're not just regular students."

Two days later, Washington State athletic director Pat Chun sent an e-mail to student-athletes informing those who opt-out due to COVID-19 concerns that, while they remain on scholarship this year, they cannot use the athletic facilities.

According to Kassidy, that plan was not in place when Kassidy and Rolovich spoke on Saturday.

Most significant part of Rolovich statement is last line noting student-athletes who opt-out due to #COVID19 concerns cannot use #WSU athletic facilities.

This plan was not in place when Kassidy Woods and Rolovich spoke on Saturday.

At WSU, Kassidy co-founded of the first Black Student Athlete Association—  a role that was celebrated and supported by Chun.

Kassidy says he spoke with Chun over the weekend, and the Wash. State AD supported Rolovich's decisions.

"It speaks volumes," Kassidy said. "They aren't really about change or speaking up for the injustice facing black and minority student-athletes."

John tells me Kassidy chose to opt-out due to health condition (sickle cell trait). Coach Rolovich was ok with it.

Then Rolovich asked if Kassidy was involved in the #WeAreUnited movement... pic.twitter.com/S5iPNPZrEb