His nickname is "Wo." Fitting. 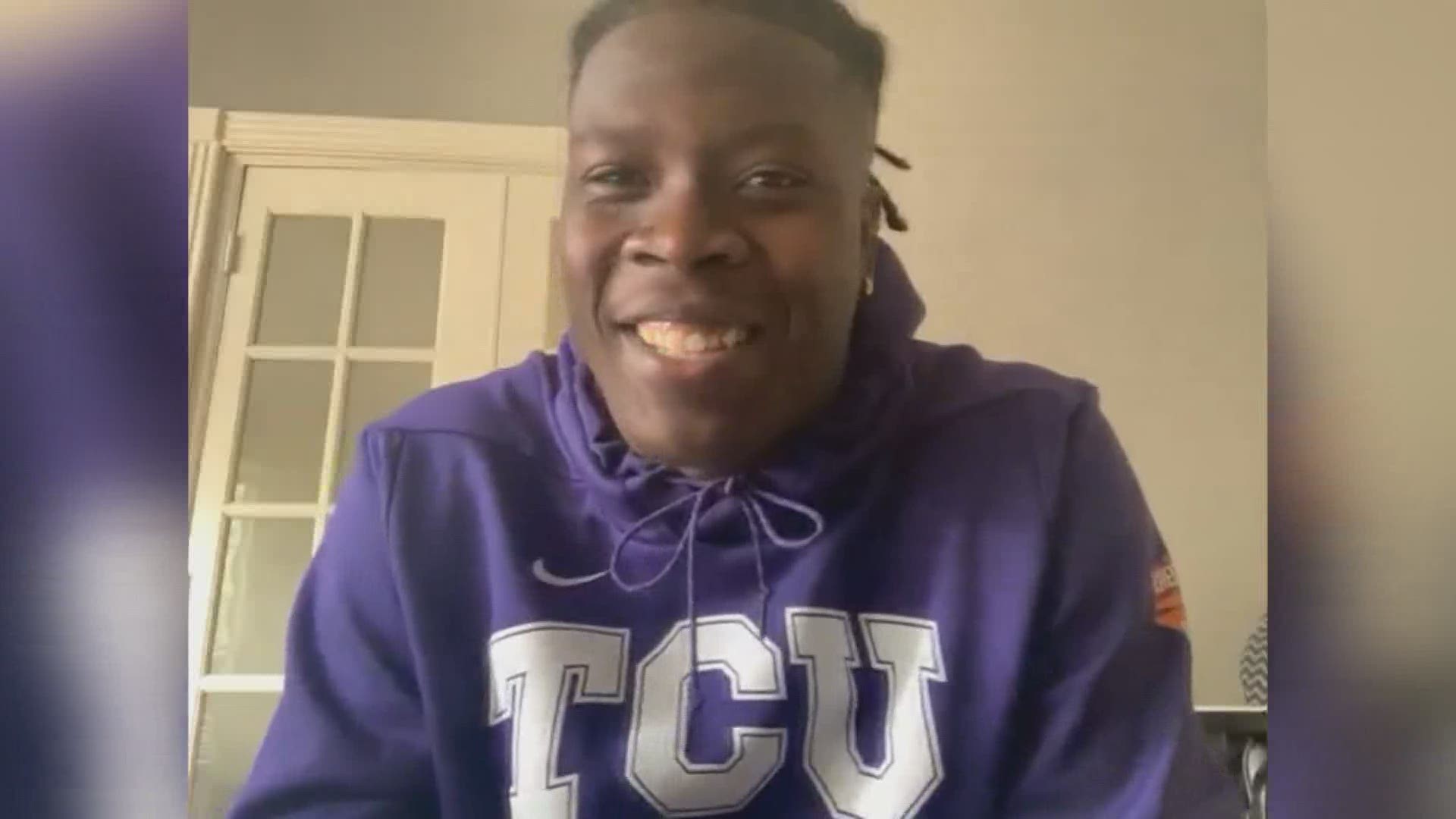 You can see why TCU Head Football Coach Gary Patterson had bigger plans for Sewo Olonilua coming out of high school.

"When I originally recruited Sewo, I recruited him thinking he'd be a defensive end," admitted Patterson.

Despite offers from bigger schools, the four-star recruit from Houston chose TCU because "it felt like home."

Sewo goes by "Wo" for short.

But, there is nothing short about this 6'3" 240-pound running back.

"I was always tall and big, but running back was my first position, so I stuck with it," said Sewo.

It's no surprise Sewo sees himself similar to Tennessee Titans running back and 2019 rushing champion Derrick Henry.

Sewo was one of the biggest and strongest running backs to enter the 2020 NFL Draft, but his name was never called.

"It put a bigger chip on my shoulder," Sewo admitted. "You want to get drafted, but I landed in a great place. I'm blessed."

Sewo signed with the Dallas Cowboys as an undrafted free agent.

However, the Cowboys have "bigger" plans for him.

"I said, 'You need to go in. You need to understand they're not wanting you as a tailback. Here's how they want you to make the team and go forward,'" explained Patterson.

Instead of a running back, Sewo signed with the Cowboys as a fullback.

"At fullback, you can be very versatile," said Sewo. "You can be a utility weapon."

The Cowboys have only one other fullback on the roster in veteran Jamize Olawale.

(Coincidentally, Olawale and Olonilua both come from Nigerian descent.)

Sewo grew up cheering for the Houston Texans, but there was a Cowboys fan in the household.

"That's my dad's team," Sewo smiled. "He was so excited. Family very excited."

Sewo is living back home with his parents, until it's time to go to work in Frisco (and perhaps Arlington one day).

"Family is everything for us," said Sewo. "Growing up seeing [my parents] work 2-3 jobs. Getting me into those football camps. I give everything for them."

Sewo's next football chapter is an early Mother's Day gift for his mom.

"I don't think she ever missed a game of me playing football," recalled Sewo. "Definitely my number one supporter."

She will not have to travel far to see him on Sunday's.