Dallas made history, selecting 1-2 in the draft, while also adding key pieces with the 5th and 13th picks 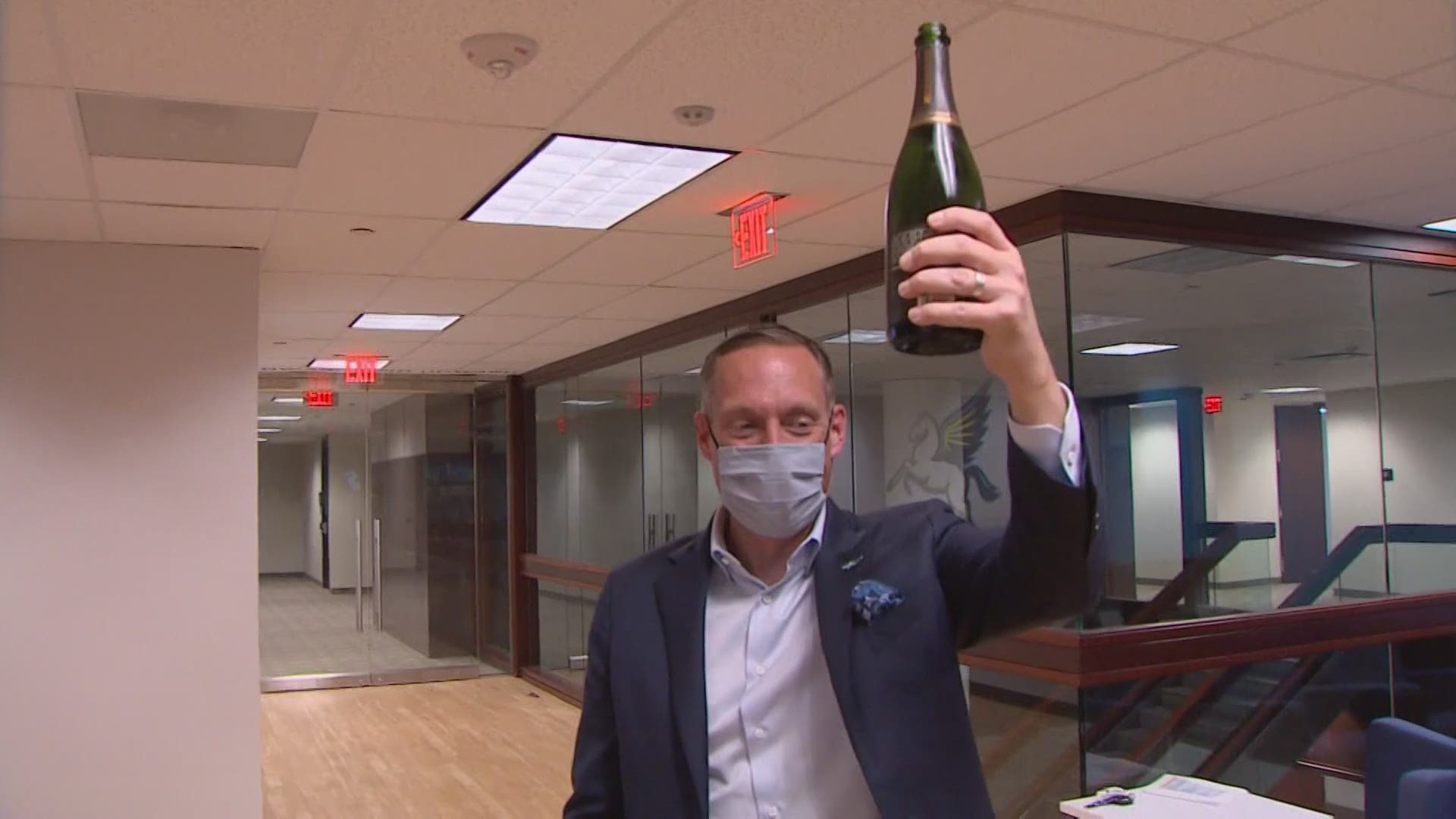 ARLINGTON, Texas — It was an unprecedented draft on Thursday night for the Dallas Wings.

Dallas held the top two picks, three of the top five, and four selections in the top 13 of the WNBA Draft.

And on Thursday, the Wings gave WFAA a rare look inside their war room, as they made the selections that will determine their future.

What was perhaps most interesting about the peek behind the curtain, was just how far ahead of schedule everything ran. A good 40 minutes before it was announced on ESPN, the Wings made the first pick of the draft, virtually, and took Charli Collier, the first Longhorn to be taken 1st overall.

"My heart is racing right now," Collier would say on the ESPN telecast, nearly two hours after she had received a phone call from Wings General Manager Greg Bibb, "because I worked so hard for this moment."

Then at No. 2, the Wings seleced another 6'5 presence, in Finland's Awak Kuier.

"We were undersized last year, especially around the paint, with rebounding and toughness," Bibb would explain afterward. "They're both 6'5 players, different type of players, but they bring length and size."

Then at No. 3 and No. 4, there were some unexpected picks.

"That's the great thing about draft night," Bibb said. "There are always surprises."

So the Wings front office spent those fleeting minutes, deciding on where they'd go at No. 5. Ultimately, they decided on Chelsea Dungee out of Arkansas, who will bring a sharpshooter's touch to the Wings rotation.

And the surprises weren't done.

As names went off the board, and Bibb and the rest of the front office burned up the phones, a name they didn't expect fell to them at the top of the second round.

"Maybe the steal of night in the draft, as far as I'm concerned," Bibb said.

Dana Evans, the Louisville guard who was projected by many to be chosen in the top five or six picks of the draft, wound up in the Wings lap at 13.

"She's a first-round talent, every day of the week, and twice on Sunday," Bibb said. "I think she's a top-five talent."

But even with those four picks in their rearview, the work wasn't done. Bibb and his team continued to work the phones, and pursue undrafted free agents.

This was a big night for the Wings organization. They made some big decisions in years past to trade away their two best players -- Skylar Diggins and Liz Cambage. Those moves brought in incredible draft capital, as the Wings will make as many as 10 first-round selections in a three-year span, finishing with next year's draft.

Thursday night, they put some of that draft capital to work and turned the roster upside down.

"We are four really good players better," Bibb said, somewhat trying to downplay how improved the Wings could be, after a second monster draft.