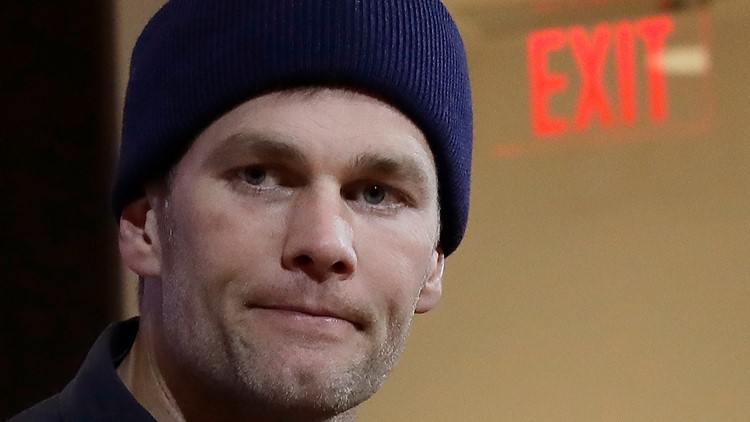 Why Tom Brady to the Cowboys would be doomed to fail

With no consequential, established pro football being played in February, the rumor mill is swirling.

It isn't so much rumors as it is the spitballing of wild notions that haven't been thought out to their logical conclusion — like winning the lottery and not considering the ramifications of how many friends and relatives would ask for bailouts on a repetitive basis that puts the Federal Reserve's quantitative easing policies to shame.

The latest crazy idea to kick open the NFL off-season is that the Dallas Cowboys will let quarterback Dak Prescott go and sign free agent Tom Brady, the six-time Super Bowl champion who helped establish the New England Patriots as one of the NFL's premier franchises.

Like the Mike McCarthy hire, the fans and commentators are looking at past success and projecting it onto what could happen in Dallas. Never mind that McCarthy has won a Super Bowl before and no one has ever done it with two different teams. Never mind that there have been 11 other coaches who have coached 10-plus years in one place and only two of them won a playoff game at their next stops: Dan Reeves and Andy Reid. McCarthy won a Super Bowl with the Green Bay Packers. He doesn't clap but once yelled at a ref in a GIF — ipso facto, he will lead the Cowboys to a Super Bowl win.

It is the same sentiment with the Brady rumors. He led the Patriots to six wins in the nine Super Bowls they played, and he knows how to win. He would fit right in with the Cowboys. Look at how well his head fits on Tony Romo's body:

Brady would be 43 years old by Week 1 of the 2020 season. He would surpass Vinny Testaverde as the oldest Opening Day starting quarterback in Cowboys history by two years. Brady might even play like Testaverde did that 2004 season with a 17-20 touchdown to interception ratio and 34 sack taken.

The Dallas offensive line is renowned for its All-Pro talent — well deserved at that — but they are starting to lose one of their best abilities: availability.

The last time left tackle Tyron Smith played a complete season was 2015. He has only played 13 regular season games consecutively since the 2016 season. How confident would Cowboys fans feel knowing Cam Fleming was filling in for Smith, or maybe McCarthy, offensive line coach Joe Philbin, and the personnel department whiff and get a Chaz Green as their swing tackle?

Brady isn't surviving an eight-sack game. Brady struggled enough with the 27 sacks he took in 2019. While the sports sophists want to marvel at a 40-year-old man still able to lead a team to the playoffs at such an advanced age for a football player, no one wants to recall that he sustained an elbow injury in practice ahead of the Cowboys' game in Week 12 and was questionable.

Speaking of 40-year-old quarterbacks in Dallas and coaches named Bill, it wasn't just a youth movement that forced Bill Parcells to start Drew Henson on Thanksgiving in 2004 versus the Chicago Bears, nor was it the reason Henson saw his first action the week prior in Baltimore. Testaverde injured his throwing shoulder in the loss to the Ravens because that tends to happen when men in their forties are taking beatings from men in their twenties once a week.

Brady has also worked with offensive coordinator Josh McDaniels for the majority of his career, and it isn't even close. Charlie Weis was there in the beginning from 2001-04, and current Houston Texans coach Bill O'Brien took the reins from 2009-11. But McDaniels has been there for 12 years.

In fact, Brady has won as many Super Bowls with McDaniels as he did Weis with three. They have a working chemistry. Brady would have to work on a whole new one with second-year offensive coordinator Kellen Moore, let alone McCarthy, an offensive-minded coach.

Bringing Brady to Dallas would sell jerseys. Winning or losing, it would elevate the ratings books for local sports radio. It would be an instant segment for simulcast nationally syndicated sports radio shows. Digital sites and social media accounts would blossom.

The Cowboys have needs at quarterback beyond just getting Prescott signed

Could the Dallas Cowboys sign and trade quarterback Dak Prescott?