UNT wins 'Let Them Play' tournament after being jilted by NCAA

The Mean Green women's golf program thought their season was over, after a questionable ruling canceled their NCAA regional. Then Barstool Sports stepped in. 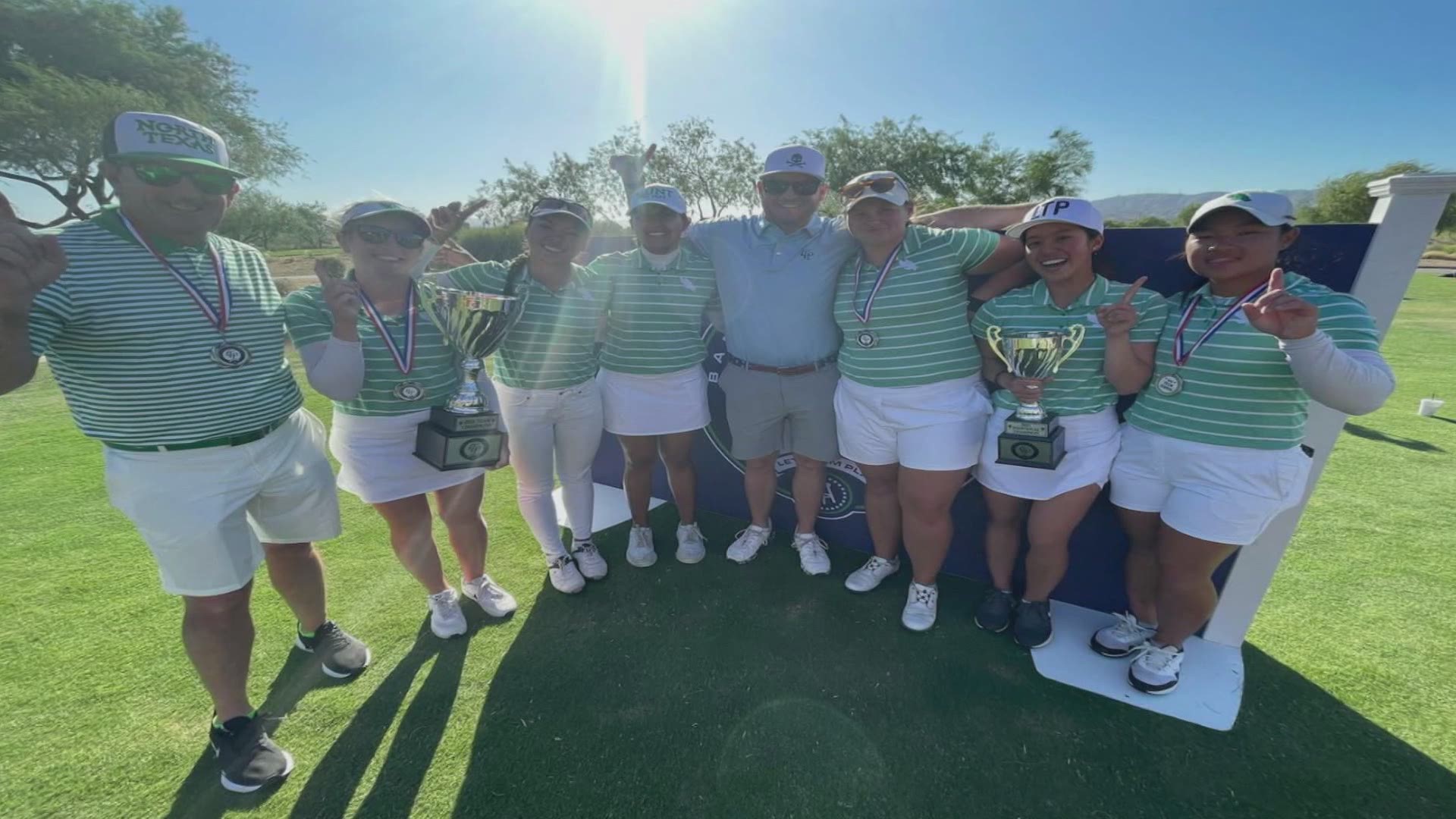 CHANDLER, Ariz. — The University of North Texas women's golf program had a tremendous season this spring, marking may be the best in school history. They even won the first conference championship in school history. As such, they had big plans for the NCAA tournament.

"I thought our chances were so good," senior Lauren Cox said, "to get to go to Nationals."

But those chances were taken away before UNT could ever hit a single shot at the NCAA regionals, earlier this month.

The NCAA deemed the course in Baton Rouge to be "playable, but not to a championship level," canceling the tournament. As a result, the top 6 seeds automatically advanced, and the other 12 teams, including UNT, saw their season end.

On a video of the announcement, players can be seen crying, and one shouted "thank you for ending our careers!!"

🌧 Didn’t even get a chance, but what a ride this season was.🌧

Proud of what we accomplished!

Multiple players and coaches shared pictures on social media of the course, showing what certainly appeared to be a playable course.

"You just saw the Byron Nelson in Dallas, had a huge amount of rain," UNT head coach Michael Akers said. "They figured it out, they finished the tournament. That's what you do."

But not in Baton Rouge.

"We didn't really know what to do after that," Cox said. "So we packed up the van, and we drove 7 hours back to Denton."

But just when it looked like it was all over for these 12 programs, social media did its thing. That video of the NCAA canceling the regional went viral. And Riggs, from Barstool Sports, saw the video and joined a chorus of outrage across the internet.

So, Riggs made his own video. Same camera angle. Similar clubhouse steps. But this time, announcing a tournament in Arizona for the jilted programs.

"Those 12 teams as listed, are invited," Riggs said. "Hope to see you next week in Arizona."

"It seemed too good to be true, almost," Tan said.

We thought our season was inexplicably and suddenly over, but thanks to @RiggsBarstool and the #LetThemPlay movement, we’re in AZ ready to tee it up at the Let Them Play Classic with nine other teams! One last ride together! 🏜🔅🚫🌧#GOGreenGoLow💚⬇️https://t.co/VZQTrYUgat

In a matter of days, they had secured a course, transportation, NCAA approval, everything.

"They did such a good job of pulling this together so fast," Cox said.

UNT and 11 other programs got to play, one last time, as a team. Coaches were on the course with them. Logos on their golf bags. Ropes lining the fairways. All the trappings of a big-time tournament. And a proper way to finish many of these girls' careers.

And if that wasn't good enough, UNT won the team title by seven strokes, and Audrey Tan won the individual title.

"To end your season in a parking lot, not hitting one shot in competition, it really hurt," Akers said. "But now they have this experience, and they get to play, and end the season, on the golf course."