In a league of her own: UNT softball pitcher reflects on Sunday's perfect, 21-strikeout game

The UNT senior pitcher is the first player in NCAA Division 1 softball history to pitch a perfect, seven-inning game and strike out every batter she faced. 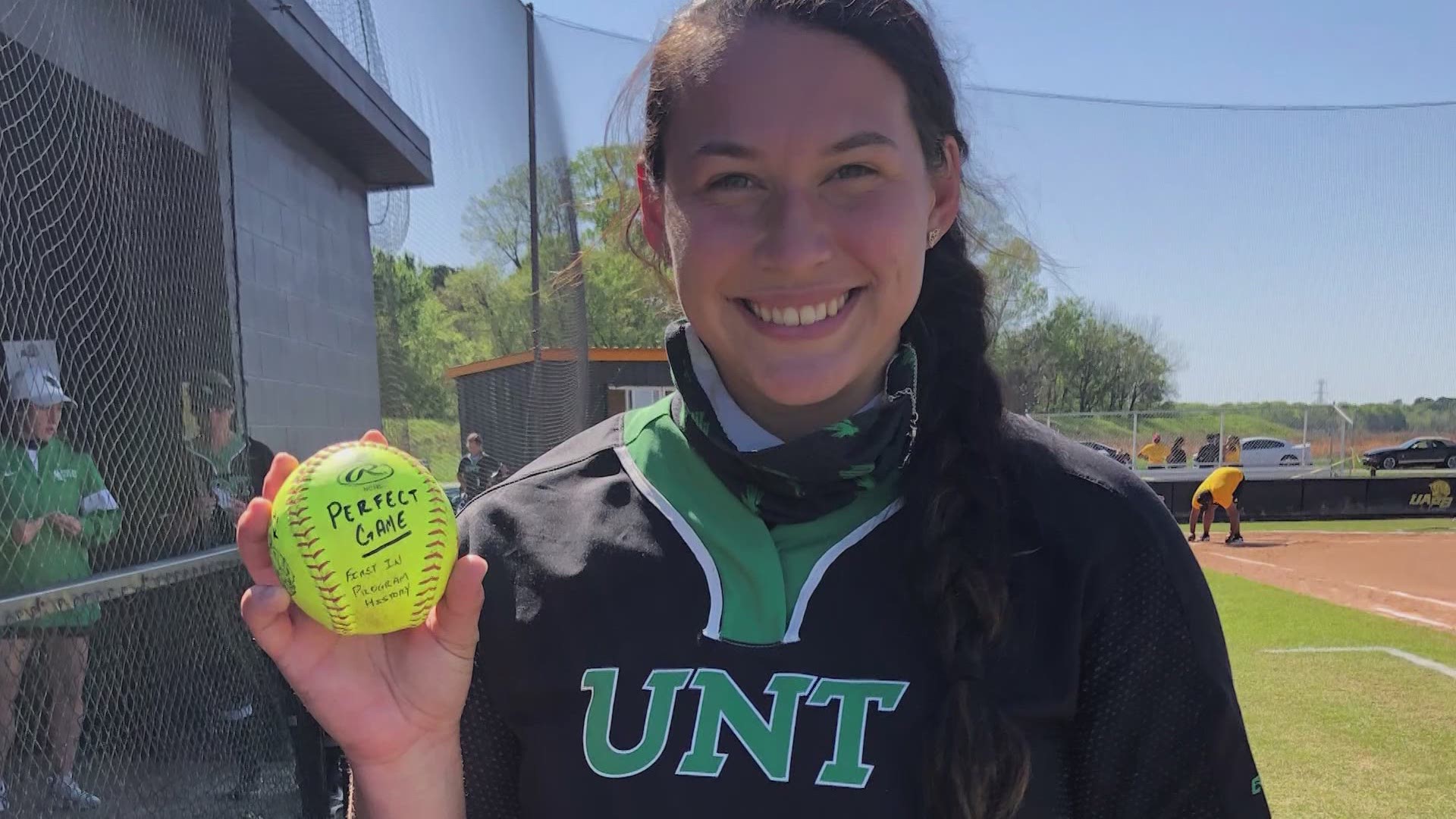 DENTON, Texas — Hope Trautwein is her name. Softball is her game.

The University of North Texas senior pitched a perfect, seven-inning game Sunday and struck out every batter she faced.

The Pflugerville native is the first pitcher in NCAA Division 1 softball history to do this.

“This is something that every pitcher strives for,” Trautwein said. “It’s everyone's bucket list if you're a pitcher. It's something that you strive for every single game, but it's impossible. And I did it.”

Trautwein told WFAA she didn’t realize the history she was making during the game.

“I could hear my teammates whispering like, shhh, don't say anything. You're going to jinx it,” Trautwein said. “(I knew) nobody’s been on base. But I guess I didn't realize that they'd all been by strike out.”

Heading into the weekend, she had already thrown two no-hitters in her career (in 2019 and 2018).

Sunday also marked the third time in Trautwein's career that she has struck out 21 batters in a single game.

Video of Trautwein throwing the final strike of Sunday’s game appeared on SportsCenter.

“With the Masters and the March Madness tournament, there's a lot of big, major headlines. And I'm up there. It's softball getting exposure. And softball is a huge growing sport,” Trautwein said. “Just seeing this, that there is an audience and that people are enjoying seeing women succeeding.”

According to UNT softball spokesperson Tate Hawkins, Trautwein threw 77 pitches in Sunday's game: 66 were strikes. Only 11 were balls.

Trautwein plans to graduate with her MBA in May 2022. But she can never rule softball out.

“I wish I could pitch forever, but I can't,” Trautwein said laughing. “So I'm going to go as far as softball can take me.”