A couple of lacrosse players from southern Dallas campuses are among student athletes receiving full scholarships to universities this year. 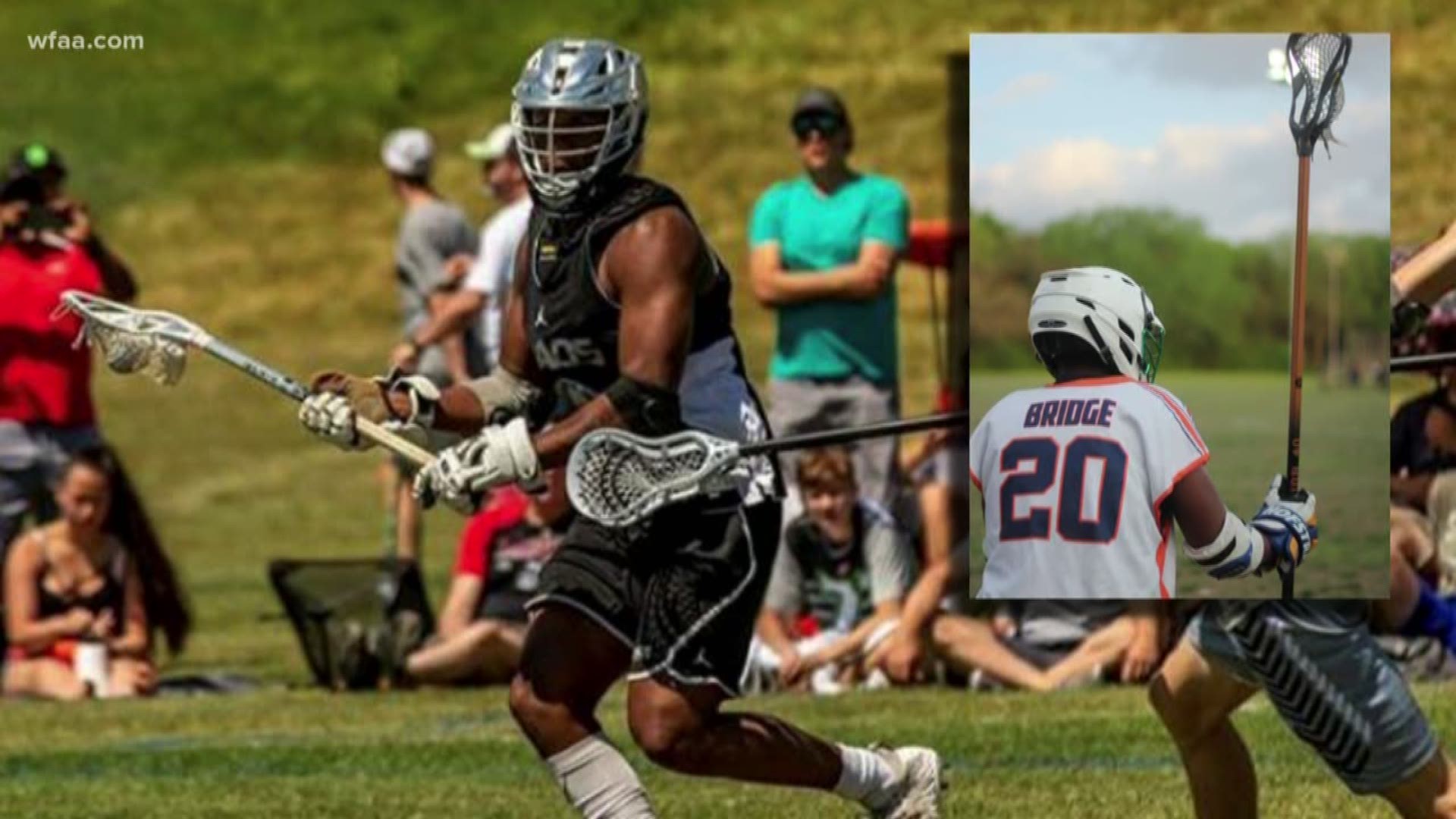 DALLAS — The air was thick with excitement in Ellis Davis Field House on Wednesday, as high school seniors from across Dallas Independent School District gathered for National Signing Day events.

A majority of the student-athletes are proud recipients of athletic scholarships in football or basketball. However, a couple of students in Dallas ISD are standouts for a different sport.

"It’s just like a different type of breed of sports. It’s like the fastest game on two feet," Wesley said.

The teens announced they are both planning to play lacrosse for Hampton University in Virginia.

"I’m thrilled, man. It’s just a blessing that I can be able to play the game I love going into college," Greene said.

The game the teens love is one they had to go outside their own campuses to find. Lacrosse isn’t offered at their high schools in southern Dallas. So, Wesley and Greene have been playing, practicing, and competing with Bridge Lacrosse since middle school. It’s a small, sports-based, nonprofit focused on youth development in urban communities across North Texas through the unique sport.

"Everybody and my friends, they’re just like, 'Oh, you’re going to school for lacrosse?' It’s just something different," Wesley explained. "You don’t really hear people from where I’m from say I’m going to play lacrosse. It’s always football, basketball, track.”

The young men also play football for their high schools. They say it’s lacrosse that is allowing them to be game-changers as they pursue their paths to college.

“That’s one of my motivations,” Greene explained. “To be able to play, for people who look like me, you know, [that] gives them a chance to see that, hey, there’s other sports out there that I could try or be good at.”