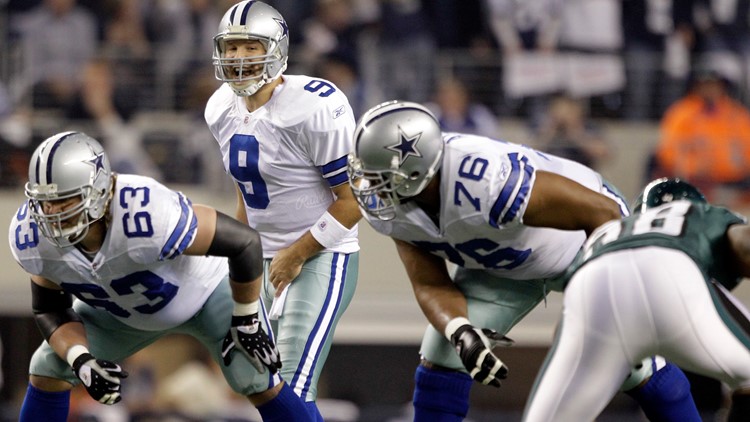 The NFL announced on Wednesday that they are making NFL Game Pass free for all domestic and international fans.

Sports fans coping with social distancing due to COVID-19 can now pass the time watching every NFL game since 2009 along with "Hard Knocks" and "A Football Life."

Here is a list of the top 5 most memorable Dallas Cowboys games to watch on NFL Game Pass:

5. Dallas Cowboys vs. New York Giants, Week 12, 2014 — For some reason, the NFL included this in their opening paragraph when giving free Game Pass to football fans. Recalling this contest must have been because quarterback Tony Romo led a fourth-quarter comeback that he capped off with a 13-yard pass to receiver Dez Bryant to overcome a 21-10 halftime deficit and beat the New York Giants 31-28, the fourth of five straight wins against their NFC East rivals. The NFL remembering this game definitely has nothing to do with Odell Beckham Jr., no sir.

4. Philadelphia Eagles vs. Dallas Cowboys, 2009 NFC Wild-card — The '98 Arizona Cardinals and '07 Giants were swept by the Cowboys in the regular season but upset them in Dallas in the playoffs that same year. The Eagles wouldn't be so lucky as Dallas effectively ended the Donovan McNabb era in Philadelphia with a 34-14 beat down that was never in doubt.

The game was the Saturday night wild-card on NBC, and Eagles fan Charles Barkley was hosting Saturday Night Live right after the game. The Cowboys didn't leave Sir Charles much to laugh about.

3. Dallas Cowboys vs. Pittsburgh Steelers, Week 10, 2016 — Taking on the Killer B's of Ben Roethlisberger, Antonio Brown and Le'Veon Bell at Heinz Field in mid-November was a great measuring stick game for the young Cowboys led by rookie quarterback Dak Prescott and running back Ezekiel Elliott, who was the driving force behind the team's 35-30 win.

With 42 seconds to mount a game-winning drive that more than likely would have resulted in kicker Dan Bailey getting the last-second heroics to overcome Pittsburgh's 30-29 lead, the rookie Elliott galloped 32 yards to punctuate the Cowboys' eighth straight win in a streak that would span 11 games.

2. Seattle Seahawks vs. Dallas Cowboys, 2018 NFC Wild-card — Even though the Seahawks were suffering injuries and weren't at their full strength, no one would want to take on Russell Wilson and Pete Carroll in the postseason. Just ask the 2015 Minnesota Vikings.

Prescott's signature play came with 2:33 to go in the game and dove for the end zone on a 16-yard scramble on third-and-14 from Seattle's 17-yard line. It took him another play to score to give Dallas a 24-14 lead, and the play became yet another piece of Prescott's legacy for finding ways to pick up improbable first downs.

1. Detroit Lions vs. Dallas Cowboys, 2014 NFC Wild-card — As an aside, Jim Caldwell was a really great coach for the Lions; he had them back in the playoffs and playing as dangerous wild-cards in his first year as coach. Detroit held a 14-0 lead until 1:37 in the second quarter when receiver Terrance Williams broke away on a slant for a 76-yard touchdown.

The Cowboys were down 20-7 late in the third quarter, but rallied to keep the Lions winless in the postseason since 1991 with a 24-20 victory. Romo took six sacks, but never wavered as he completed 19-of-31 for 293 yards, two touchdowns, and zero interceptions.

What other classic Cowboys games from the last decade will you be watching? Share ‘em with Mark on Twitter @therealmarklane.