'This is going to be the most comfortable seat in baseball:' Nine new video screens coming to new Rangers ballpark

Officials made the announcement Monday. Construction crews also announced they are on schedule to finish in March 2020. 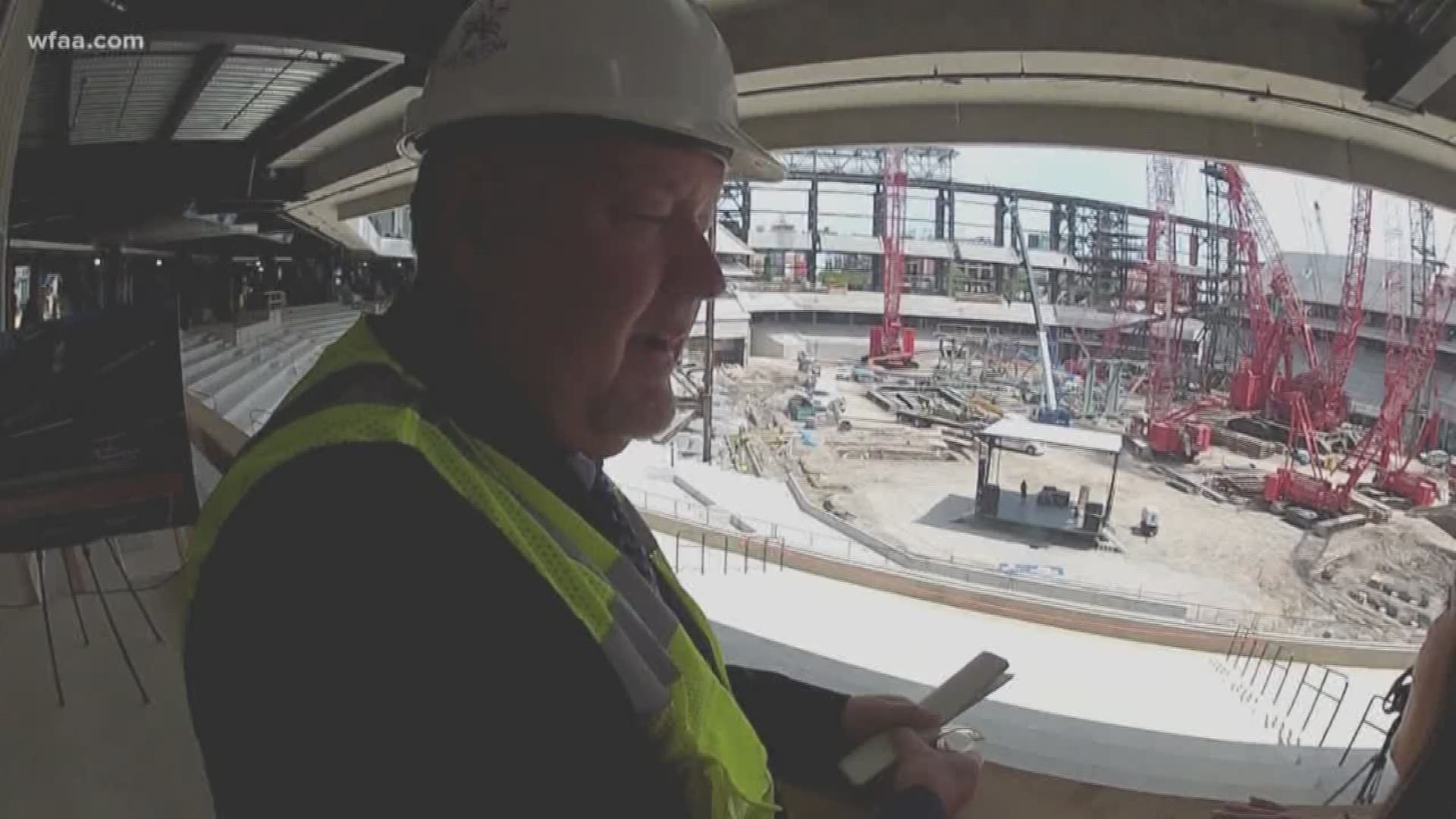 “This is going to be the most comfortable seat in baseball,” said Chuck Morgan, Rangers Executive Vice President for Ballpark Entertainment & Productions. “You've got great big televisions now and air-conditioned comfort. It’s almost like being in your living room at home.”

Officials made the announcement Monday: Nine new LED video boards, made by Daktronics, will be installed in the new ballpark.

“All in all, with all the displays Daktronics will be installing, there will be over 18,000 square feet of displays,” said Dan Fjeldheim of Daktronics.

Another change coming to the new ballpark is the location of the PA booth: Chuck Morgan will now sit directly behind home plate.

“This one’s a little closer, and it’ll give me a chance to visit with the fans,” said Morgan. “[Fans] will be able to come in from the back and come into the booth. We’re going to have some benches back there. They can watch the game a little bit from the PA booth.”

Construction crews announced Monday that they’re on schedule for the new ballpark to open in March 2020. Right now, they’re focusing on the roof, which will be retractable and allow for air conditioning during the hot summer months.

“Baseball is great, but it’s tough to watch the game in that type of weather,” said Morgan.

Construction on the new Globe Life Field started in September 2017. The new ballpark is about 1.7 million square feet and will seat roughly 40,300 people.