Shirley Kost has been going to Rangers spring training since 1991. And her cookies have been a staple for almost that whole time. 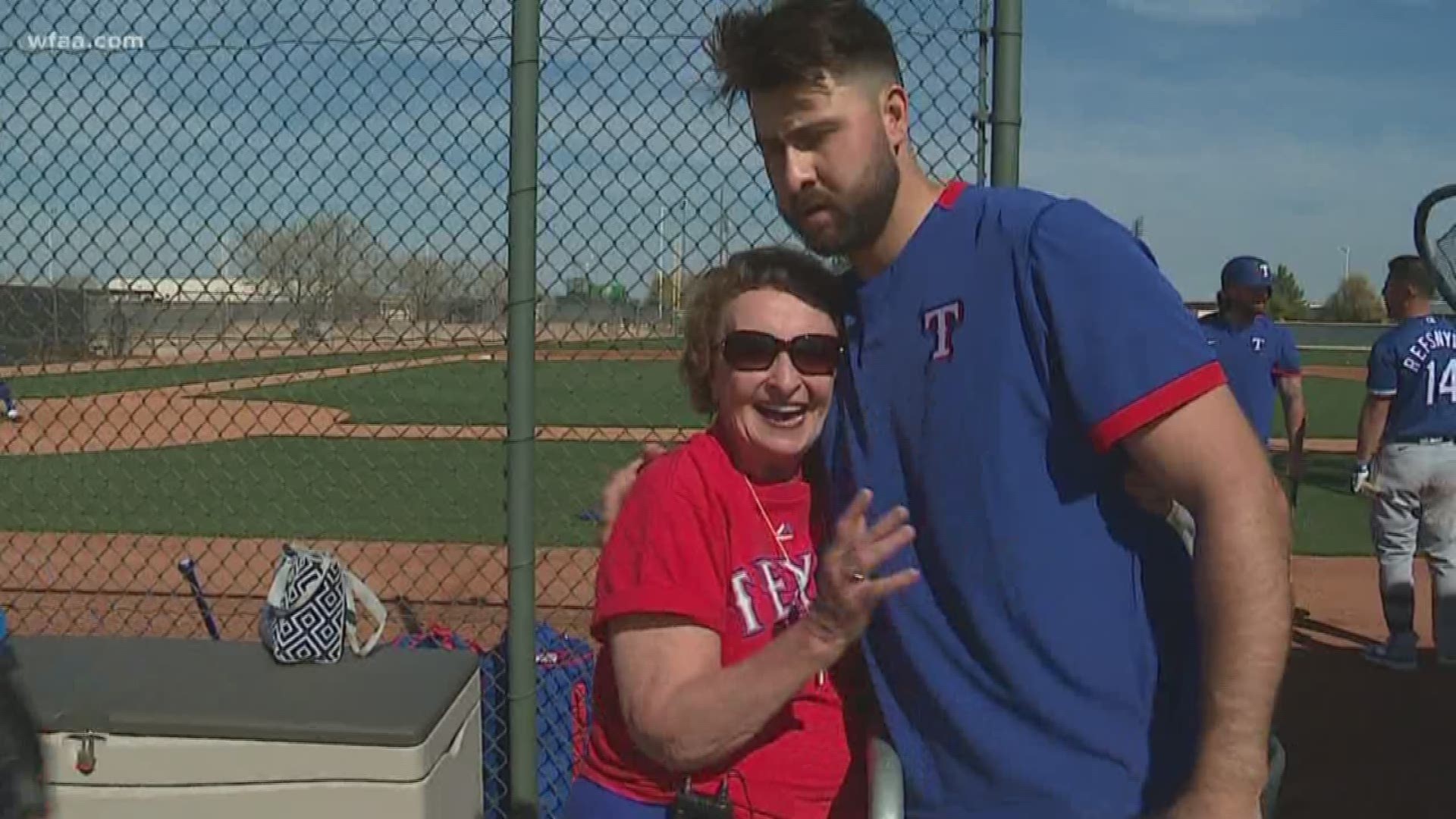 Shirley Kost has been doing this for decades.

Three decades, to be precise. Every year but four since 1991, she's been here.  The cookies started in the year 2000, after former Ranger pitcher John Wetteland gave her a ride on his motorcycle.

"My husband says 'why don't you make him some cookies to thank him for the good time'," Kost said. "So I did. And it's been going ever since."

Going, and going, and going.  She hands out cookies to players, coaches, front office personal, fans, media... you name it, she's got an in with everyone.

"It's tough during the season, because they're so good," outfielder Joey Gallo said. "I usually have to give some of them away. I eat like half of them, and then I give them away.  Because I'm already too big, right now. I'm trying to slim down."

She's got her favorites.

"She's nicknamed me Tigger, from Winnie the Poo, just because I have a little bounce in my step," Heineman said.  "When you're away from your family as long as we are, it's kinda like an extended family, you know?  Like, she's that motherly figure."

And as good as the cookies are, that is why she is as beloved as she is.  She's got that motherly touch with everyone.

"She's a sweet person," Andrus said. "You want to talk. You want to [give her a] hug... It shows the way that Rangers fans are. They're loyal. She's always going to be there, like everyone else. I'm really glad we have those quality fans."

If only more of them could bake like Shirley...