The No. 1 Cards committed more turnovers (19) than baskets made (18) in their first loss of the season. 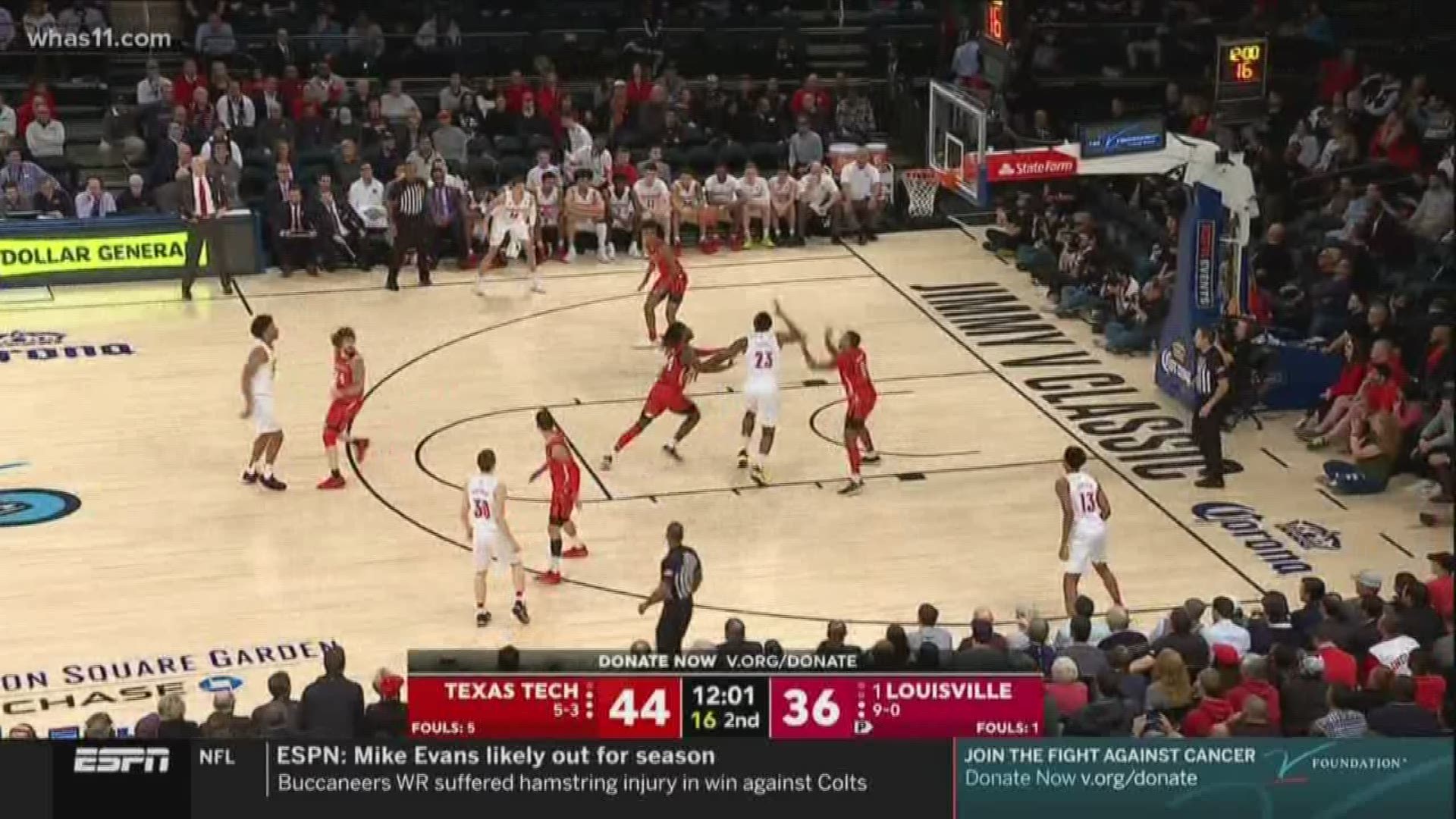 LOUISVILLE, Ky. — The No. 1 Louisville Cardinals (9-1) dropped their first game of the season to the Texas Tech Red Raiders (6-3), 70-57 in the Jimmy V Classic at Madison Square Garden.

Louisville coming off its second consecutive week being ranked No. 1 in the AP poll, couldn't get much going on the offensive end shooting only 34% from the field, their worst mark of the season thus far.

Texas Tech took the lead from the Cardinals at the 8:12 mark in the first half and never surrendered the lead once.

No. 1 Louisville is back in action on Dec. 14 against Eastern Kentucky.