Major League Baseball released the 2020 schedule. The Rangers will be away for the first four games of the season but return to play the Angels at Globe Life Field.

Mark your calendars for the first regular season game at the new Globe Life Field.

The Texas Rangers will play the Los Angeles Angels on March 31, 2020, at the newly-built Globe Life Field.

The Rangers will play two spring training games at the new ballpark before they leave town to start the regular season in Seattle.

The home opener will be on a Tuesday.

The Rangers will face the Angels for the eighth time for the home opener, including the team's "first ever game at Arlington Stadium on April 21, 1972," team officials said.

The team will host the Atlanta Braves and Washington Nationals, which will be the second time the Washington team has visited Arlington.

The Rangers will also travel to play the Miami Marlins and New York Mets. 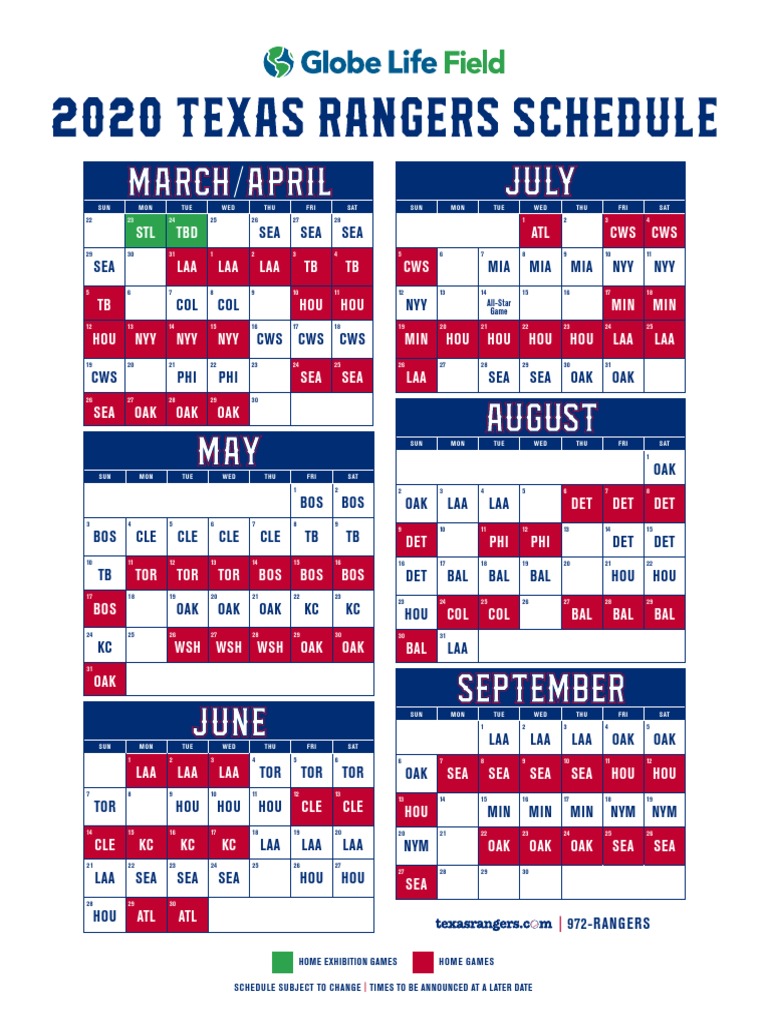 RELATED: The Texas Rangers will play on synthetic grass and coconut husks at Globe Life Field

RELATED: How the new Rangers stadium will feature natural light, even with the roof closed