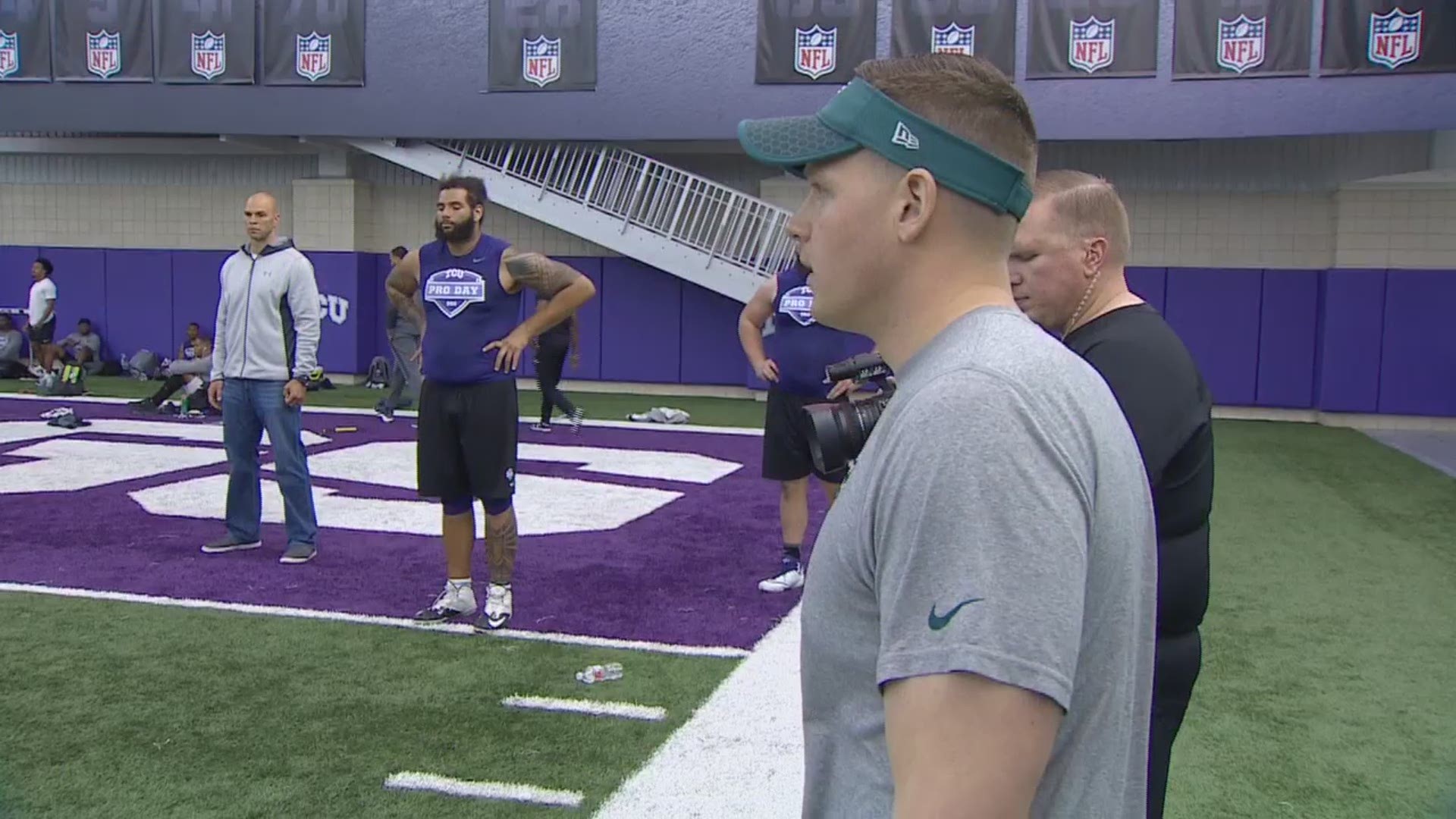 Pro Day, at any school, is boring.

Scouts, agents, family members, friends... standing around for hours. Even the players spend half the time sitting around looking at their phones.

But when it's time - you've got to turn a scouts head.

"First and second round guys usually take care of themselves," TCU head coach Gary Patterson said. "A program's job is 3 thru 7, or a free agent -- how do you get guys into a camp?"

That means guys like Travin Howard -- a projected late round pick, who may be changing positions in the pros.

Travin Howard recorded more tackles in his career than any player under Gary Patterson ever has. And he did it in just three years. So tackling is not a concern. But can he cover?

"What you want is a couple guys that are a surprise," Patterson said. "Guys that [make scouts] say 'well, I didn't know he could do that'."

And clearly, Howard showed these pro scouts a little something, because he spent a lot of time, after pro day wrapped up, with scouts who wanted to talk with him.

But is that enough, to help him realize his NFL dream?