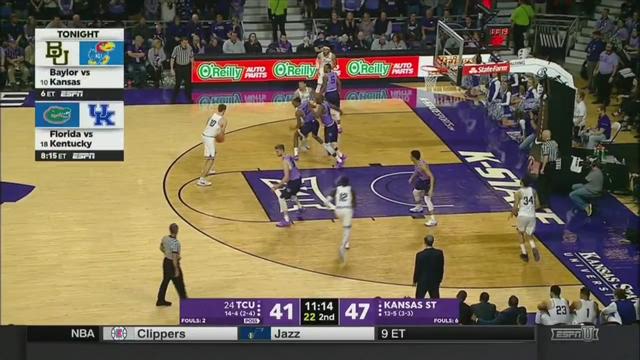 TCU basketball is in the midst of their best season in 20 years.

"We've sold out all our [Big 12 tournament] tickets, for the first time ever," head coach Jamie Dixon said. "So there's a new level of excitement, there's no question about it."

And better yet: "We're playing out best basketball at this point."

TCU starts the Big 12 tournament on Thursday, against Kansas State.

"Most of the games were one possession games, so we get one or two more stops, we win those games."

TCU's defense has been better of late. But it's not just as simple as effort.

As good as TCU is offensively -- second in the conference in scoring, and leading the Big 12 in field goal percentage and three-point percentage -- the fact that they've finally flipped the switch defensively could make them very dangerous in the postseason.

So maybe plan on seeing TCU playing in late March.