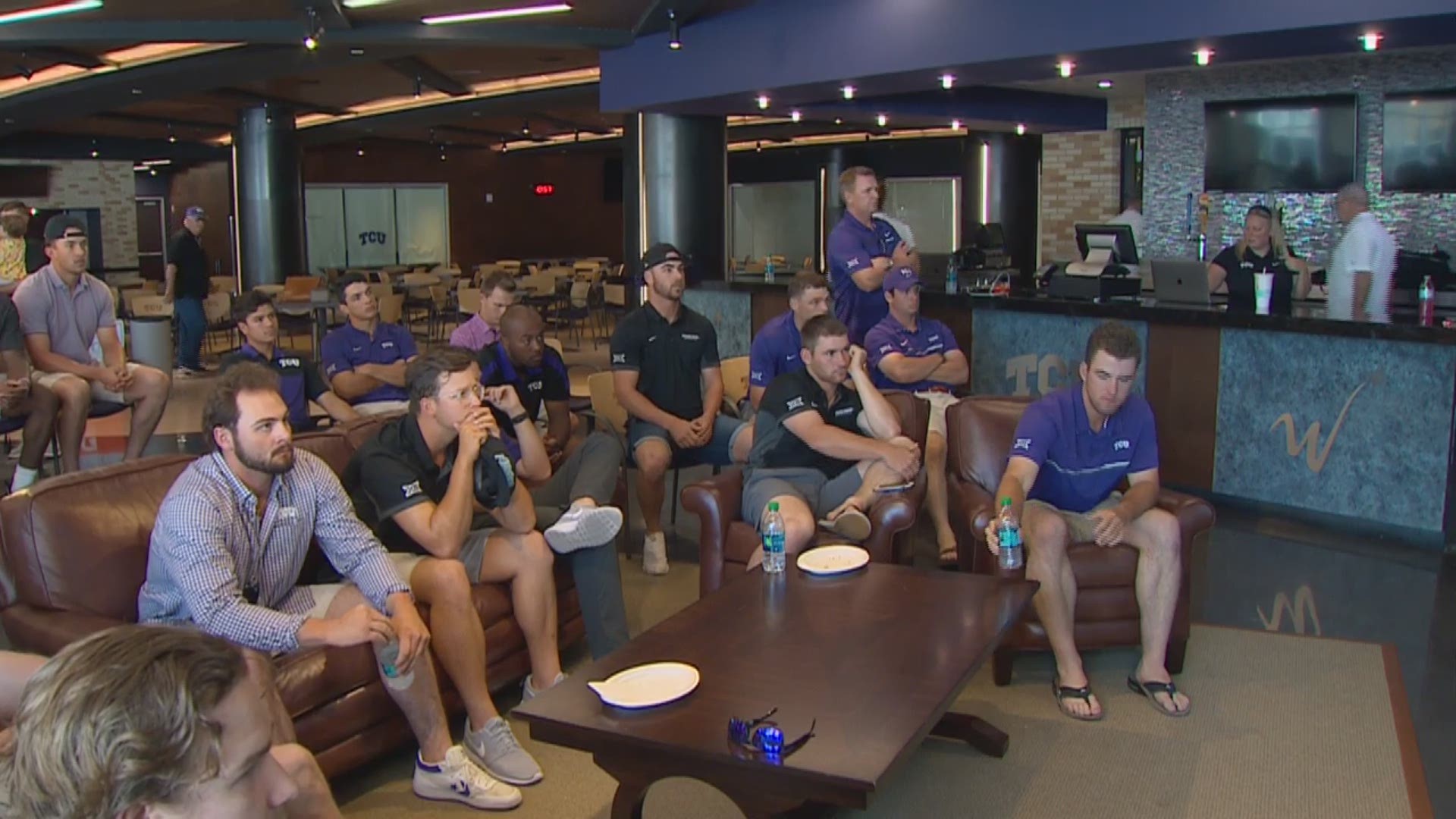 FORT WORTH, Texas —
TCU Baseball erupted. After several minutes of impatient waiting, pacing, nail-biting, and fidgeting... they heard their name called as a member of the 2019 NCAA Tournament field.

"You know, that's raw emotion, man.  That's a lot of time, effort, a lot of stress... they're like me, they don't want to let anybody down."

That worry was palpable within the program.

"You look back a couple months ago, and we weren't even a chance to get in at all," TCU pitcher Jared Janczak said.

But thanks to a strong finish to the season, and a solid showing in the Big 12 tournament (including a 14-run inning against Oklahoma on Thursday), the Horned Frogs are in.

"With us being selected, I think we've got something to prove," leftfielder Joshua Watson said. "That's kinda been our thing all year. And especially right now, we've gotta prove 'em right."

Proving the selection committee right, is the goal -- turning this into more than just making the tournament, but capitalizing on the bid.

"Our goal every year is to win the whole thing," Janczak said. "We're not in it just to win the Big 12 or get to a regional. There's tenure here, and there's a proven road to get to Omaha."

Their path to this year's College World Series starts in Fayetteville -- host team Arkansas is the big target. TCU starts with Cal on Friday. Central Connecticut State rounds out the region.

"It's a tough region," Schlossnagle said. "Obviously going to one of the greatest atmosphere's in all of college baseball, so we're gonna have to handle that. But we're just gonna enjoy this day, and then we'll start preparing for the weekend."