Stoops stoked for another chance to build as Dallas’ XFL coach, GM

Bob Stoops wants to create the same magic he did in 1999, when he assembled a staff of future collegiate coaching stars. 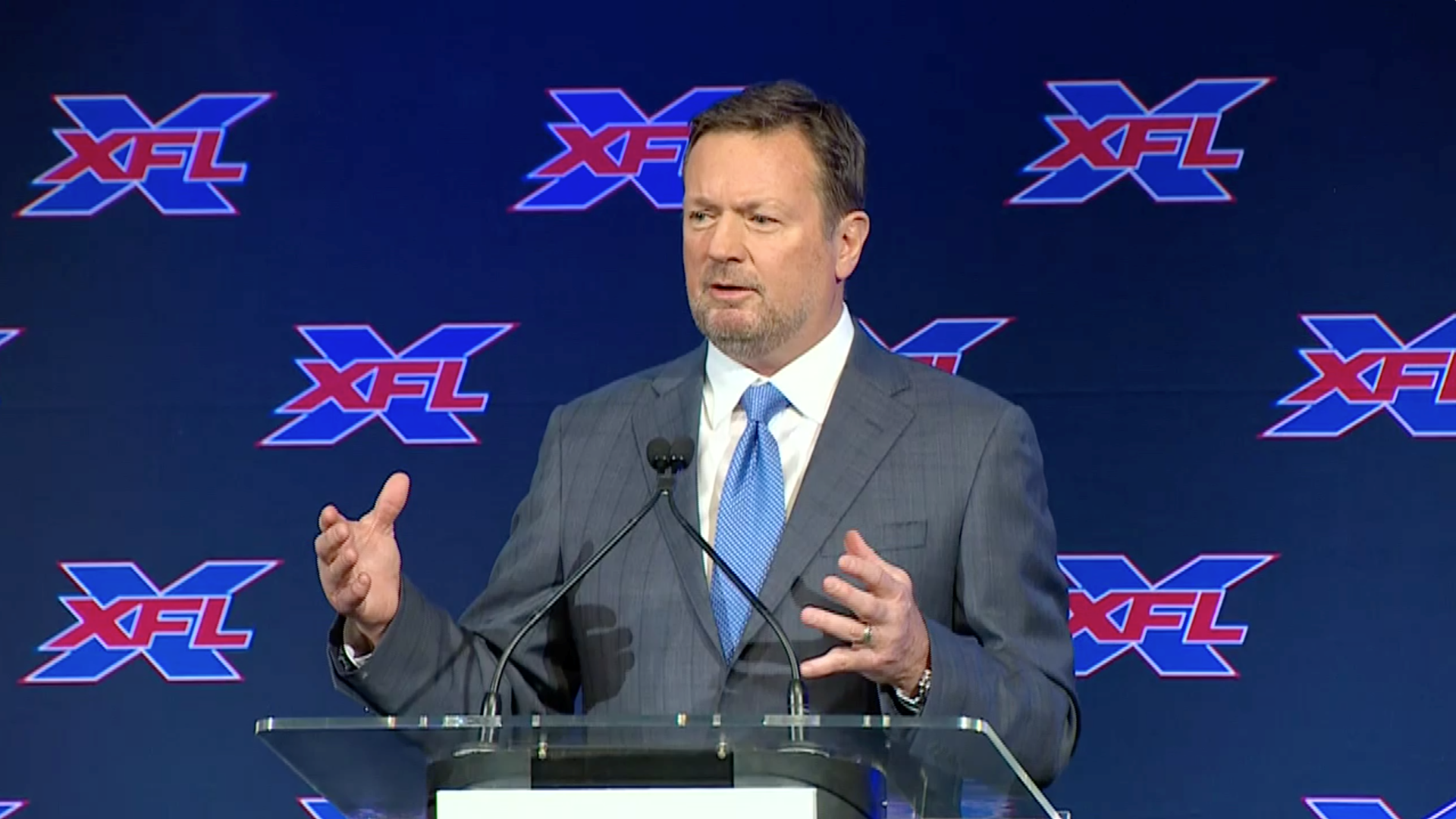 The Oklahoma football coaching legend on Thursday was formally introduced as the newly-minted head coach and general manager of the Dallas XFL team, and he wants to create the same magic he did 20 years ago in Norman.

Stoops’ illustrious 17-year run leading the Sooners started with the assembly of a coaching staff consisting of guys who are still major players in college football:

Mike Leach, known for both his controversy and his offensive genius; Mike Stoops, Bob’s younger brother who went on to become a head coach and later returned to OU; Mark Mangino, a future Orange Bowl winner at Kansas; Brent Venables, who is now the second-highest paid assistant in college football and a two-time national champion; and Cale Gundy, who remains on Oklahoma’s staff today.

The XFL is a new, clean slate upon which Stoops wants to “build something from the ground up.”

“I thought one of the best things I ever did in my entire career was my very first staff at OU – getting the right guys with me right from the start,” Stoops said Thursday at Globe Life Park, the future home of his XFL team.

That star-studded staff elevated the Sooners to their first bowl game in five years, and won a national championship in its second season.

“That’s what I’m hoping for here [in Dallas],” Stoops said. “To jumpstart it by hiring the right guys here [...] being able to accumulate the right coaches in all areas.”

Stoops stepped away from Oklahoma two years ago as the winningest coach in program history. His name has since floated around in rumors connected to the Cowboys. The announcement Wednesday that he was headed for the upstart XFL came as a surprise to some.

Stoops admitted Thursday that even he, when XFL CEO and Commissioner Oliver Luck came calling, wasn’t totally sold on the idea.

“At first I thought, ‘Nah that probably wouldn’t be for me,’” he said. “But the more started to analyze it and look at it [...] through our discussions as a family we started to think this may really fit us correctly.”

He pointed to the proximity to Norman, where he now has three children at OU and where he for 17 years felt the energy of DFW’s “football-crazy fans that love the game.”

“For that connection, this works pretty well,” he said.

Stoops will have time to assemble his coaching staff and get acclimated to the hybrid coach-GM role, as the XFL doesn’t begin game play until 2020. Each team will employ 45 players, but no draft date has been announced.