Austin FC is partnering with APA! to use dogs eligible for adoption as the club’s honorary mascot during home games. 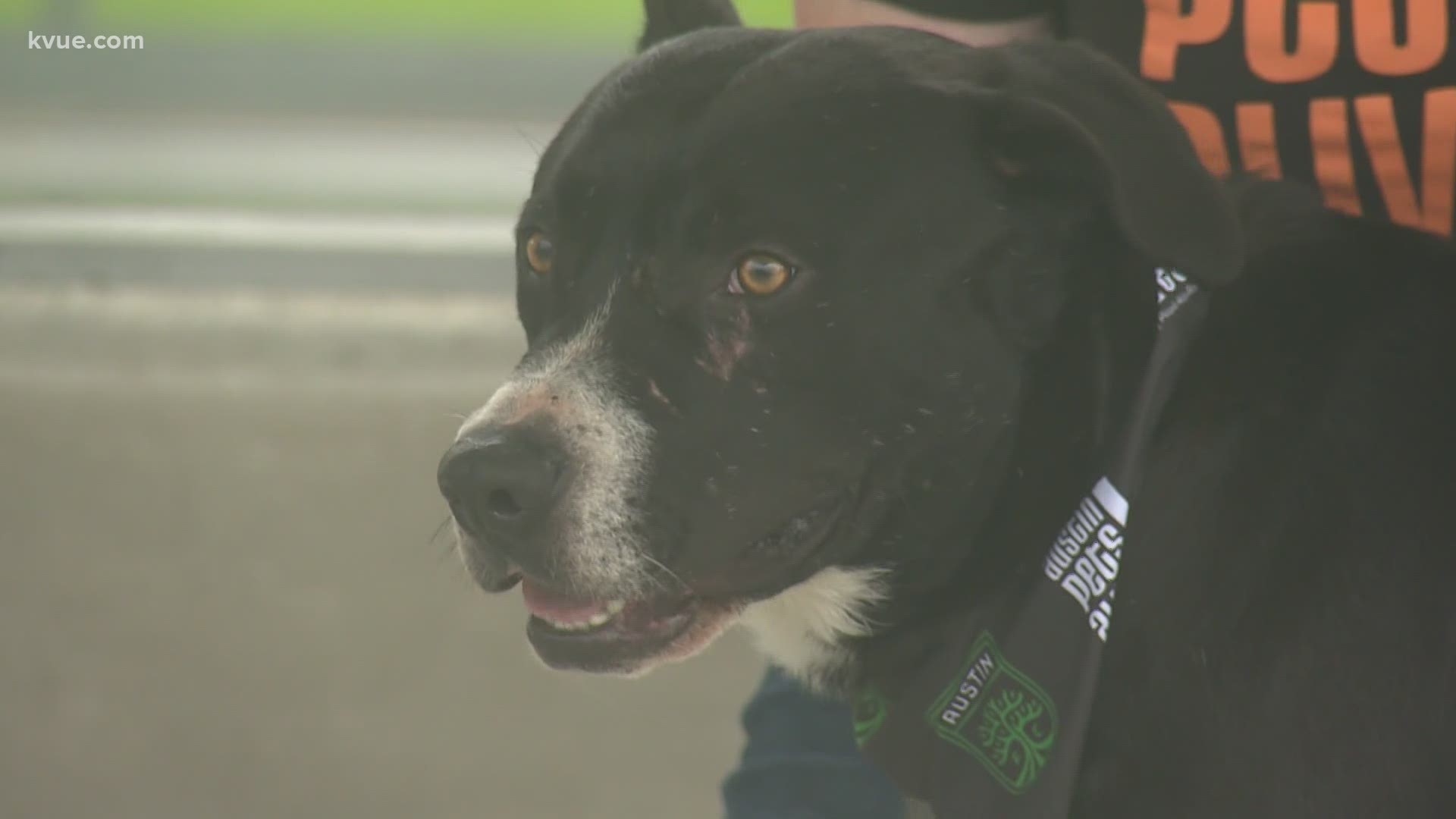 AUSTIN, Texas — Austin, meet Geraldine, a playful and affectionate 8-year-old dog, and Austin FC’s first ever Mascot of the Match.

Geraldine is up for adoption through Austin Pets Alive! (APA!). Austin FC is partnering with APA! to use dogs eligible for adoption as the club’s honorary mascot during home games. Geraldine will get to participate in pre-match activities shortly before kickoff at Austin FC’s home opener on Saturday.

APA! describes Geraldine as playful and affectionate. According to her profile on APA!’s website, she is a “gentle giant” who “is at her happiest when she’s next to her people, playing or laying on the couch for their cuddles and belly rubs.”

Our girl Geraldine is Saturday's Honorary Mascot of the Match! This very good girl is available for adoption through our friends at @austinpetsalive.

Austin FC announced its honorary mascot program in April. The club will feature the chosen dogs on their social media and in activities at each match at Q2 stadium.

Geraldine, along with other many dogs and animals, is available for adoption on APA!’s website.

Austin FC will name a new dog as the club’s honorary Mascot of the Match at every home game throughout its 2021 season. The club’s home opener is Saturday, June 19, at 8 p.m. Doors open at Q2 stadium at 5 p.m.

'Woke up sweating': Some Texans shocked to find their smart thermostats were raised remotely